The start of the work week is driven by the Moon in Capricorn, where it’s been since 9:20 PM ET on Saturday. Arise, go forth and make your dream happen. Moon travels without interference through the business day, but note a build-up to a focus on power plays and/or purges, as the Moon meets up with Pluto at 7:52 PM ET — and then goes void until 2:40 AM the next day.  Should be quite a potent discussion at beginning of my local book club tonight — which will then wander off-course with a sigh. We’ll be talking about Shopgirl — apt for today’s Moon in Capricorn and other planetary patterns.

Meanwhile, the dream to be realized this week is sponsored by the only two exact patterns that do not involve the Moon: the conjunctions of the Pisces Sun and Venus to (dreamy) Neptune. My dream includes putting the finishing touches on my presentations for this weekend’s Empowered Astrology Conference, where I will be teaching in most excellent company. Let me know if you’re planning to attend — there are still spots available.

Reflecting the big humanitarian relief potential of current planetary patterns (planets piled up in Aquarius, Democrats in the Senate voted — and passed —  their amended version of the American Relief Plan. I expect President Biden will sign it under the influence of this week’s savior Sun-Neptune conjunction, after House Democrats vote to approve what the Senate agreed to.

Before the vote, we saw prime examples of Mars (aggression) at the verrrry end of Taurus (obstruction), as Senator Ron Johnson (R-WI) demanded that Senate clerks spend hours reading the bill aloud to a deserted empty floor. We understand why he would be the one to do this at this time, given that his own Mars is at…the verrrry end of Taurus. Astrology is amazing.

Also in the news:

Sneak peek at this week’s Sun-Venus-Neptune in Pisces:

Not a fairy-tale — but more of a bubble popping, amid patterns in the horoscopes of the Royal Family involving Pluto (power; corruption exposed) and Saturn (streamlining; reality checks): people are still talking about Prince Harry and the Duchess of Sussex “bombshell” interview with Oprah Winfrey last night. The heavy patterns in the Royal Family horoscopes will continue in the near-term future.

Finally, a random and inspiring piece from the Washington Post on how to  maintain a fulfilling career in your 80s and beyond...in case the idea of retiring does not appeal to you.

Here’s the 411 on personal consultations — and here’s how to be an especially fabulous Avid Reader by supporting these Really Useful and Entertaining Bulletins, with gratitude. 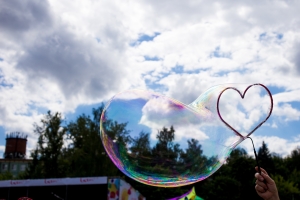