The Gemini Moon goes void for 28 minutes at 1 PM ET. Next stop: Cancer, where it will drive the agenda of the next few days with a need for emotional, home and homeland security. At 3:53 PM ET, Mercury — how we need to think and communicate — ditches Aries for Taurus. This shift should slow down the rush of getting somewhere — anywhere — simply out of an impatient need to get things started. Mercury in Taurus needs to take its time to consolidate ideas into solid form, though it can be quite stubborn. Last week Mercury was one of the star players in the cosmos, as it squared Jupiter and Pluto. This week Mercury continues as a driving force among a myriad of patterns:

Last Tuesday’s Saturn-Sun square suggested heavy news involving leaders/heads of state. Yesterday’s Sun-Uranus conjunction suggested an upset — and Saturday’s Pluto retrograde suggested that any news involving these themes would be especially potent. Late Monday night, it was reported that Kim Jong-un was brain-dead after undergoing heart surgery. That report was soon retracted, but Dear Leader’s status is still not clear…though…surprise (!) — yesterday, his train was spotted by satellite near a North Korean resort — but still no sign of him. The plot thickens…

We last wrote about North Korea back in August 2017.  Using Jamie Partridge’s rectified horoscope, we note that transiting Neptune just squared North Korea’s Jupiter, ruler of its Sagittarius Ascendant. Neptune rules the area of North Korea’s horoscope that refers to its foundation/core family. How apt for the current confusion. There’s much to talk about in June, when North Korea will have patterns suggesting a significant change or family move. North Korea’s Venus — symbolizing a warrior/angry woman (says Partridge) will be activated by Saturn and Neptune. It is interesting that there is talk of Kim’s sister becoming his successor…

Pluto’s retrograde station suggested a focus on revelations of breakdown and decay in government and institutions. Heather Cox Richardson has the major stories. First, here’s the latest on how our non-partisan civil service is being broken down and replaced with partisan dunces, like the former dog breeder who was tapped to a big post at the Department of Health and Human Services. Her post on April 23 ended with “for all the dark nitty-gritty of politics today”, after reporting how Moscow Mitch suggested the federal government would allow states to go bankrupt rather than finance a blue-state bailout. Governor Andrew Cuomo (D-NY) fired back directly at Moscow Mitch, reminding him that New York other blue states have in fact been bailing out red states for years, sending far more to the federal government in tax dollars than they receive. Seeds of a revolution?

This one from The American Prospect boggles the mind: “Mapping Corruption in the Executive Branch: the Interactive Exhibit.”

And speaking of the mind, transiting Pluto (transformation)  sitting on the U.S. Mercury (our national mindset) can be seen here:

Meanwhile, we continue to see reflections of Uranus’s seven-year trek through Taurus. Translation: we anticipated disruptions (Uranus) in all Taurus concerns — e.g., food and retail chains, and also in matters of beauty. Yes, we all need a haircut and a mani-pedi now — but those will have to wait.  In the United States, farmers have been dumping produce and dairy products; meat processing plants have closed. In the NYT Sunday magazine, one restaurant owner penned a frank and moving tale of how her restaurant — Prune — has been affected: “My Restaurant Was My Life for 20 Years. Does the World Need It Anymore?”

In other news, Sunday’s Sun-Uranus (aviation, technology) meet-up is reflected in these stories:

I’d love to present P45‘s last bizarre press conference as an example of the eccentric leadership potential of Sun-Uranus, but his rambling speculations on possible treatments for COVID-19 could have been seen as just another Thursday for P45. Even though those speculations prompted Clorox and Lysol to remind the public that their products were not fit for human consumption. Then again, perhaps that particular presser was a fitting example, as there were no press conferences over the weekend. Relief is brief, however, as P45 will be in front of the cameras again later today.

Maybe it was SNL‘s brutal cold open on Saturday that is prompting P45 to fight back. Brad Pitt portrayed Dr. Anthony Fauci and attempted to clarify some of P45’s more bewildering statements. Why Brad Pitt? Because when asked by a reporter who should portray him on SNL, Fauci picked Pitt over Ben Stiller. Sold — and here is what we know about Dr. Fauci’s horoscope.

Anthony Fauci is a Capricorn driven by the Moon in Scorpio, a blend of earthy practicality seeking fulfillment by being of depth, substance and control. His chart has no planets in an air sign (i.e., Gemini, Libra, Aquarius), which reflects his careful and measured use of words. It interesting to see that Dr. Fauci’s Mercury (how he needs to think and communicate) is 22 Sagittarius, opposing 45’s Sun and conjunct his Moon. That’s a good connection to have in a relationship. P45 can feel comfortable with Fauci, and Fauci intuitively understands how to manage up.  Fauci’s Jupiter-Saturn conjunction in Taurus suggests a purposeful need to preserve the status quo; we can see how he would have a comforting, authoritative presence.  His sudden boost in public status is suggested by his Capricorn Sun being eclipsed last December, as well as transiting Uranus activating at least three — and possibly four — planets in recent weeks.

So, like that. How are you faring in these interesting times? When are you due for a boost in public status? We would see that potential in your lovely horoscope, doncha’ know. Here’s the 411 on consultations — and here is a link to my Cosmic Tip Jar, which happily accepts Joyful Random Expressions of Appreciation for the teachings and insights provided.

I leave you with silver linings:

And, because it took so many hours to produce this missive, I can include Beth Owl’s Daughter’s Tarot Card of the Week, too. It’s an apt reflection of Mercury’s ingress into Taurus this week — don’t you think? 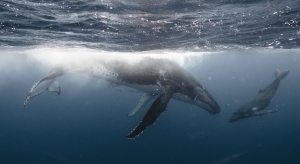