Fasten your seat belts and get ready for another week that’s jam-packed with potent patterns. And remember, an audio Sneak Peek of the written Sneak Peek at the Week is now being posted on Sunday — as part of the 2022: Year of Love Podcast, hosted by Avid Reader Alison Woo — huzzah!

Here’s the list of potent patterns — many of which are activating other patterns set in motion months ago, which I will review and explain:

In general, if last week was about using pixie-dust to make things happen, this week requires a reality check — and the things that do happen are likely to be big, big, big — executed with a rare, unified force. Here’s how it goes:

Here is what the New Moon chart looks like, set in Washington, D.C.: 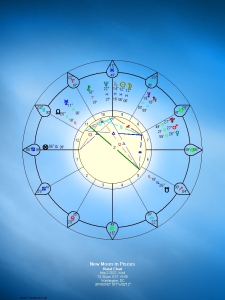 a point in the journey of personal growth and refinement where the individual comes back into his or her own. Power lies within, not without.

Through the consistent practice of self-discipline, human personality can develop into something of real substance. Such gravitas offers great personal power when in service to the commonly held traditional ideals of the community.

In times of uncertainty, when confusion clouds the minds and hearts of less serious people, such a personality is an important counterbalance to collective emotionality. A slow, serious, heavyweight character settles turbulence and encourages caution and practicality; they set a good example.

And now, the news:

We all these planetary cycles converging, suggesting a game-changing release of bottlenecked energy that was noted months ago, it’s fun to see so many pundits noting the change, including this opening line from Heather Cox Richardson’s Letter for February 26th:

We are in what feels like a moment of paradigm shift.

I encourage you to read HCR’s nightly reports, because she digs up the Really Important Stuff you may not find in the mainstream media. I also encourage you to follow me on Twitter (@graceastrology) if you’d like daily observations on the astonishing synchronicity of planetary patterns and the news.

I have a ton of headlines to share, but I also want to get this Forecast out to you sooner, rather than later — so that is what I will do.

Here is the 411 on personal consultations. Here is the link to the Cosmic Tip Jar, where support from Avid Readers is always appreciated, especially from fellow astrologers and astrology students.

Thank you for reading this Forecast — and sharing it with your friends. Referrals are the best! 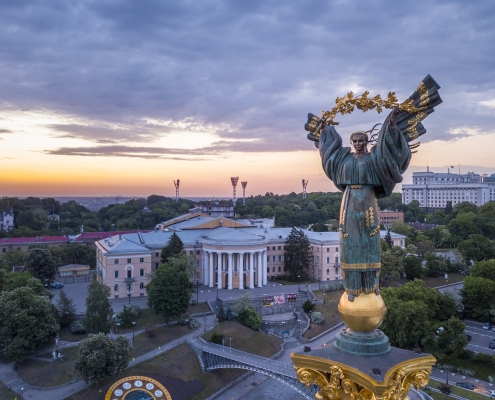 Monument of Independence of Ukraine in Kiev.