If there’s a twist or flake to your morning, it may reflect the Sag Moon going void at 9:26 AM ET, not to enter Capricorn until 12:15 PM ET.  Maybe you slept through your alarm or poured hot water over coffee beans you forgot to grind. I’ve done both during voids. Such lapses are usually of little consequence during these natural rest periods when the Moon is wandering without focus, so chill! Once the Moon enters Capricorn, the drive of the day is to take care of business, though things may not go as planned. The electric buzz of the Sun’s annual meet-up with rebel Uranus (at 3:43 PM ET) has permeated the week. Shake-ups, shocks, seismic action, tech breakthroughs, and other bolts from the blue are to be expected, likely involving leaders, aviation, and maybe even astrology. Also affected: Taurus arenas, e.g., food, retail, real estate, banking, and beauty.  If you were born between April 28 – May 2, you’re feeling the push for a break-out more personally than most. An opposition between Mars and Moon at 7:50 PM ET could generate sparks among unholy alliances.

No sleeping in on Monday. The Moon will not be void.

…which I planned to update earlier, but every free moment for the past few days involved conversations with HP tech support. Who knew that a misbehaving spacebar could take up so much…time and space?

Last weekend’s headlines were ridiculously reflective of the sobering squares between Mercury-Venus and Saturn, sprinkled with the shock value of their conjunctions with Uranus. You could have looked no further than the NYT, and when I first started writing this forecast over a decade ago, that’s all I did.

Remember that Mars entered Cancer on Friday? As anticipated, many making headlines in recent days have planets at the Aries Point, including:

As I type, I’m already seeing stories reflecting the shock potential of the Sun-Uranus conjunction at 10 Taurus:

9 PM ET was a fine time for President Biden to give an address to Congress on Wednesday night. The chart for that time in Washington had a 22 Scorpio Ascendant, conjunct his natal Mercury. The chart’s boundary-pushing, righteous Sagittarius Moon was at 5 Sagittarius, conjunct Biden’s Ascendant. I told you last time that the President is determined to initiate and innovate, as Uranus is about to oppose his natal Mars in ruthlessly efficient Scorpio. And last night, he delivered, as Heather Cox Richardson explains.…and Stephen Colbert backs up with clips and commentary.

Franklin Delano Roosevelt — himself an Aquarian with a nurturing Moon in Cancer — would be so proud of Biden’s humanitarian agenda, which aims to put a “We The People” government to actually work for “We The People.” Using tax dollars to pay for expanded child care, health care, elder care, and education; broadband access; products made in America; green energy, and salaries that provide a living wage — what a concept. It was surreal to see half of the audience sulking in their seats while the President spoke of reducing child poverty by 50%, while the other half of the room stood up and cheered. Fun fact: FDR’s Mercury is 27 Aquarius, and it rules his Ascendant and Midheaven. Jupiter will activate FDR’s Mercury three times this year, including rightthisminute. We can appreciate FDR’s expanded profile right now. Astrology is amazing.

If you enjoy these forecasts, kindly support the work with Joyful Random or Faithful Monthly Expressions of Appreciation. A handy-dandy link to the Cosmic Tip Jar is provided right here. Thank you for being Amazing Avid Readers!

Amazing Avid Readers may recall my musings on the fate of the Affordable Care Act when it was challenged in the Supreme Court during the seven Uranus-Pluto squares. Social Security happened after the Uranus-Pluto squares of the early 1930s; Medicare happened after the Uranus-Pluto conjunction (in Virgo!) in the mid-60s. I think it’s reasonable to anticipate that finally, in the aftermath of the seven squares of 2011-2016, we’ll see our social safety net expanding again. The challenge is one of power, and who has it, suggested by the U.S. Pluto Return, in effect now — with the first hit in February 2022. President Biden called this out in his speech as a fight to preserve our democracy in a world which autocrats and oligarchs wish to control. Making the challenge more difficult is the persistence of The Big Lie – that the 2020 election was stolen. This is reflected in the astrology of the United States, with transiting Neptune (fog, illusion, lies) activating the U.S. Mars-Neptune square. But of course, there’s always an upside potential. Neptune refers to vision, ideals, and healing. I’d happily give up burgers for that. 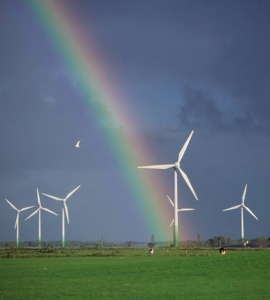