The start of the workweek (Monday) was driven by the Moon in Libra, focused on a need for diplomacy and balance in relationships. Moon went void at 8:07 PM ET, on its weekly clash with Pluto. As emotions ran deep in a quest for control, catharses and purges may have ensued.  A meet-up between Mercury and Neptune in Pisces at 11:23 PM ET facilitated divine inspiration and fantastic escapes — and its influence was in effect all weekend. On Sunday I found myself strumming a guitar for the first time in over a year. Neptune refers to music and other intangible forms of creative expression.

Did you know that Mercury rules spiders? In conjunction with Neptune, one spider achieved mythic proportions — and it was a real one — not the fictional Charlotte of Charlottes’s Web. I don’t know why this story from May 2018 ended up on WaPo’s homepage on Friday (must have been Neptune), but I’m glad it did:

Fun fact #1: After reading that article, I retrieved my snail mail.  What a delightful surprise it was to receive a birthday card from Avid Reader Karen — which included Walt Whitman’s poem, “A Noiseless Patient Spider.” Don’t you just love synchronicity? I sure do — and I loved the poem, which you can read here. Spider webs look like horoscopes, doncha’ know. Fun Fact #2: Avid Reader Karen is an artist “whose paintings transform matter into cosmic revelations.” Don’t believe me? Click on that link! Thank you for your thoughtfulness, Avid Reader Karen. You made my day!

Add in last Friday’s Sun-Venus meet-up in Aries, and we get themes of art, women and money — with a pioneering or warrior spirit. SNL was on it with this music video featuring Kate McKinnon as Treasury Secretary Janet Yellin attempting to explain the surreal concept of NFTs (non-fungible tokens), their value and their impact on the art world.

“Powell” turned up on SNL to explain her twisted logic. She does seem to have a penchant for animal prints, but in what we know about her horoscope (May 1, 1955, in Durham, NC), the only planet she has in Leo is Pluto. Think she has a Leo Ascendant? For more on the Pluto in Leo generation, SNL delivers — in this music video about Boomers getting the vax. Pluto in Leo is an eternal teenager.

Also explaining twisted logic was Dr. Deborah Birx, who was interviewed along with five other “pandemic doctors” in a CNN special. Birx’s  Full Moon illumination included news of an “uncomfortable phone call” she received from the former guy, along with her belief that his administration “did not take the pandemic seriously,” likely resulting in the deaths of 450,000 of the 550,000 Americans who died of Covid.  Mercury-Neptune refers to victims. Note that the former guy is entering another volatile several days of development, and we are likely to see some daring or volatile initiatives against him or on his part, likely involving publishing, courts and foreign affairs.

In the Suez Canal, a rising tide lifted that big boat and set it free at 5:42 AM local time on Monday. Kudos to the Full Moon in Libra, supported in a Grand Trine with Mars and Saturn (e.g., the dogged efforts of dredgers and tugboats, as Time reports).

My favorite news item reflecting the never-never-never give up potential of Sun-Venus in Aries, combined with the magical potential of Mercury-Neptune happened in North Carolina. A “sassy” dog kept “breaking in” to a Dollar General Store. His target: a purple plush unicorn. When a kindly animal control officer was called to retrieve the crusading canine, she ponied up $10 to buy the toy. Check out these adorable photos of shelter dog Sisu and his stuffed buddy, both of whom are now joyfully together in a forever home.

My wish for you is that you have in your life many people like that kindly animal control officer, who recognized the virtue of Sisu’s quest and was happily and healthfully able to help.

What’s going on in your horoscope? Do you have your very own Yod or Grand Trine? What does it suggest for your potential in this lifetime? Here’s the 411 on personal consultations.

Thank you for reading this forecast. If you find it of value, the link to the Cosmic Tip Jar is here. 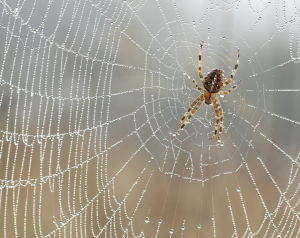