And how was your Full Moon in Virgo weekend? Did you get everything organized? That’s what I found myself doing around the house, no doubt supported by last Wednesday’s trine between Mars (action!) and Pluto (extreme). Midnight or not, that was the time to deep-clean the kitchen and finally put away the Christmas ornaments hanging on the potted palm tree. You?

The start of this work week is driven by the Moon in Libra, seeking fairness and balance in relationships. Also of influence:  ONLY TWO patterns among the planets this week that do not include the Moon. On Wednesday, Venus forms a cooperative alignment (a sextile) with rebel Uranus, facilitating the greatest good for the greatest number, based on soulful understanding. On Thursday, we’ll have the third and final in a series of meet-ups (conjunctions) between Mercury (ideas/communication) and Jupiter (BIG) in Aquarius, facilitating expansive news in law, travel, education, religion, technology and publishing/broadcasting — with an innovative and/or humanitarian spin.

Major patterns for the rest of March are:

How do the patterns of March compare to the patterns of January and February? First, the majority of them are “soft,” as opposed to “hard.” There’s an easier flow of energy. Second, there are no exact contacts among the outer planets (Jupiter, Saturn, Uranus, Neptune and Pluto). Of those outer planets, Neptune (vision, ideals) is the most active, engaging with Sun, Mercury and Venus — and it’s moving at maximum speed. We don’t see too much tension involving the heavier planets (Uranus and Pluto) until the last two weeks of April.

Meanwhile, for the record, Saturday’s Full Moon in Virgo was exact at 3:17 AM ET. If you have a planet around 8 degrees of Virgo, Pisces, Sagittarius or Gemini, you’re more personally affected. Note that 8 Virgo makes a square to the lunar eclipse we had on November 30th.

Thursday’s cooperative connection (sextile) between the Sun and Uranus suggested innovative leadership and unconventional alliances, with the upside potential being a humanitarian/inclusive spin.

Wednesday’s trine between Mars and Pluto suggested extremes in matters involving cars, aggression and men (especially men behaving badly). It also suggests “news from underground” and/or corruption exposed in Mars-related matters. Mars was conjunct the fixed star Algol, which adds a “losing one’s head” element to an already debilitated Mars. Avid Readers will recall that Algol is considered to be a most unfortunate — and potentially violent — celestial influence, especially when conjunct Mars. House Speaker Nancy Pelosi has this in her horoscope, and as her daughter Christine famously stated, Speaker Pelosi can “cut off your head before you even know it.”

In other– much lighter — news, the NYT style section paid tribute to the Mars-Pluto trine with “How We Worked Out”. Those were the days!

What’s going on in your horoscope? Why not find out in a personal consultation? Here’s the 411.  Or — if you’re a savvy student or professional astrologer with no need for insight on your own horoscope, perhaps you might consider supporting this Forecast with Faithful Monthly or Joyful Random Expressions of Appreciation. 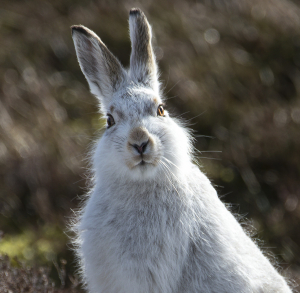