The Moon is still in Aquarius, driving the day with a need for social significance. However, if you’re hoping to launch a product you hope will be a game-changer, today (MONDAY) is not the day to do it. At 10:11 AM ET, the Moon is void — i.e., traveling without support from the other kids in the cosmic sandbox. If you needed an extra push to get your day going, that’s a common Moon void feeling. When you do get going, projects that are routine are best tackled today. If a crisis crops up, CHILL – as chances are that it’s much ado about nothing.

During the work week, there is only one exact planetary pattern that does not involve the Moon, and it’s been making itself known over the past few days. At 3:27 PM ET on Monday,  Venus – which refers to who, what and how we need to love – will be conjunct Saturn – which represents control, authority and responsibility.  Heavy news involving social expression, women, as well as cuts and losses involving money, the arts, and technology are likely to make news. Upside potential: boundaries may finally be clarified in matters over the past few weeks that been amorphous. And yes, Will Smith’s horoscope is directly affected by the Venus-Saturn conjunction, reflected by his actions at last night’s Oscars (we’ll cover that in detail in a moment). 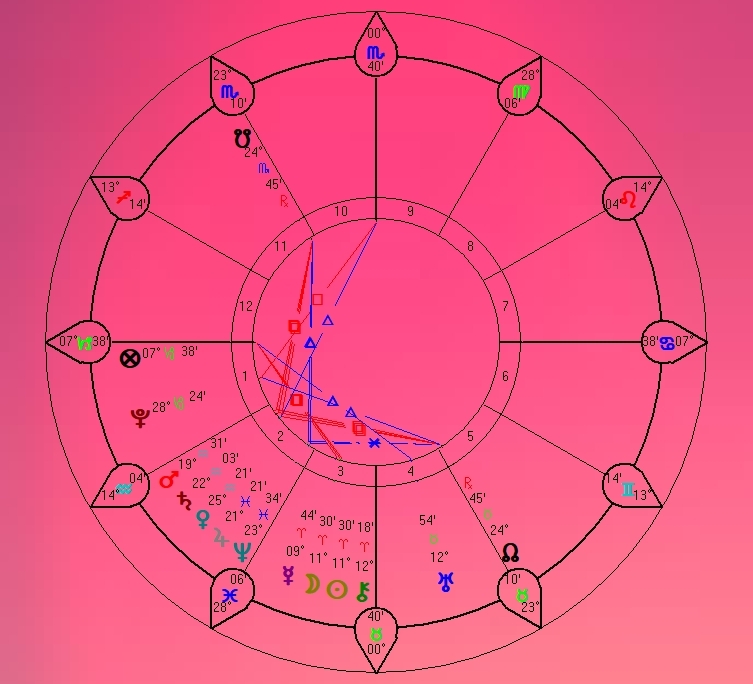 The exhilarating potential of this Sabian Symbol is reflected in Beth Owl’s Daughter’s always-in-sync Tarot Card of the Week.

…featuring a cast of thousands, and these planetary patterns (from today and last week):

In no particular order…

Meanwhile, at the Oscars…

…which is what everyone was talking about today, Monday, during the all-day Moon void.  I’m talking about the “slap heard ’round the world” — i.e., Will Smith’s decision to physically assault comedian Chris Rock after Rock joked that he was looking forward to seeing Smith’s wife, Jada Pinkett-Smith, in G.I. Jane 2. Pinkett-Smith has talked about being diagnosed with alopecia in 2018, and how she’s made peace with this autoimmune disease (which results in hair loss), by shaving her head.

OK. First of all, who remembers that one of the Sabian Symbols for the March 18th Full Moon was “a bald-headed man,” and we could expect prominent headlines about those with hair — and hair loss. So there’s that.

Second, obviously Will Smith’s horoscope was directly affected by planetary patterns — and even the NY Post is talking about the astrology of it all. Seriously! That no-nonsense Venus-Saturn square was squaring Smith’s Scorpio Moon, which has a thing about loyalty and honor. The square from Saturn to his Moon will continue throughout 2022, and this may be heavy and isolating. Smith is likely an idealist in social expression, suggested by his Mercury and Venus at the verrrry end of Libra — both of which are currently being supercharged by transiting Pluto. So we anticipate extremes of social expression and communication, with a need for creative passion and persuasion. Pluto transits can be provocative, especially in matters of power — and power plays. Pluto is also engaging his Sun/Moon midpoint, an important marker for relationships. Some relationships may be breaking down and transforming, with separations possible by the time this transit is over.

Meanwhile, transiting Jupiter — ruler of his 7th house (the public, open enemies and significant others) — is opposing his natal Jupiter, expanding that area of his life, for better or for worse. Finally, transiting Mars was near the Midheaven of his chart, suggesting matters of aggression, courage and assertion — especially affecting his professional status and reputation — could be on his plate. Smith is a Libra, with Uranus conjunct the Sun — so he’s a maverick at heart. Plus, his Uranus is at the Aries Point — so his need to be a rebel can’t help but get attention. And speaking of Uranus, it’s hot in his horoscope, just as it’s hot in Clarence Thomas’ horoscope — i.e., in a hard aspect to the Midheaven. This suggests a potential fresh start in matters of home, relationship, self-image and/or career.

The exact hit of Uranus to Smith’s Midheaven happens in late April. We’ll see if there are any consequences for his behavior. Last night the Academy did not remove Smith from the theater, as one might expect would happen if a passenger on an airplane became unruly. The show went on — as if nothing unusual had happened — and then Smith won the Oscar for best actor. And instead of hearing, “Accepting the award on behalf of Mr. Smith…,” Smith himself got to take the stage, make a speech and party through the night. As the former guy once said, “When you’re a star, they let you do it. You can do anything.”

Dr. Mary L. Trump wrote a book about how the failure to hold certain privileged classes accountable for their actions has harmed America over the past 250 years. It’s called The Reckoning, and much of the history she recounts is up for resolution during the U.S. Pluto Return.

Meanwhile, the Academy says it will open “a formal investigation.” Smith issued a more formal apology this afternoon.

Did you know that Saturn refers to deafness? Combine it with Venus (the arts), and isn’t is cool that CODA won Best Picture? It’s about a deaf family! Venus-Saturn in Aquarius was reflected in Jane Campion’s win for Best Director, too.

That was a lot of news.

Whitney Fishburn and I are recording another

“Off the Charts: A Stellar Newscast”   this week. We’ll be talking about the Supreme Court.

Kathy Rose and I will be recording a talk about the horoscope of Anna Delvey (nee Sorokin) of Inventing Anna fame. Stay tuned for details.

I had a blast talking about astrology and the news in a workshop hosted by the good folks at Astrology Arizona — thank you!

I had still more fun last week doing “turbo astrology” mini-consultations for the wonderful employees at a Manhattan design firm, and if that sounds like a fun thing for your company to host, let’s talk. Thanks to Zoom, I can work anywhere.

Ukraine continues to defend itself against Putin’s invasion. 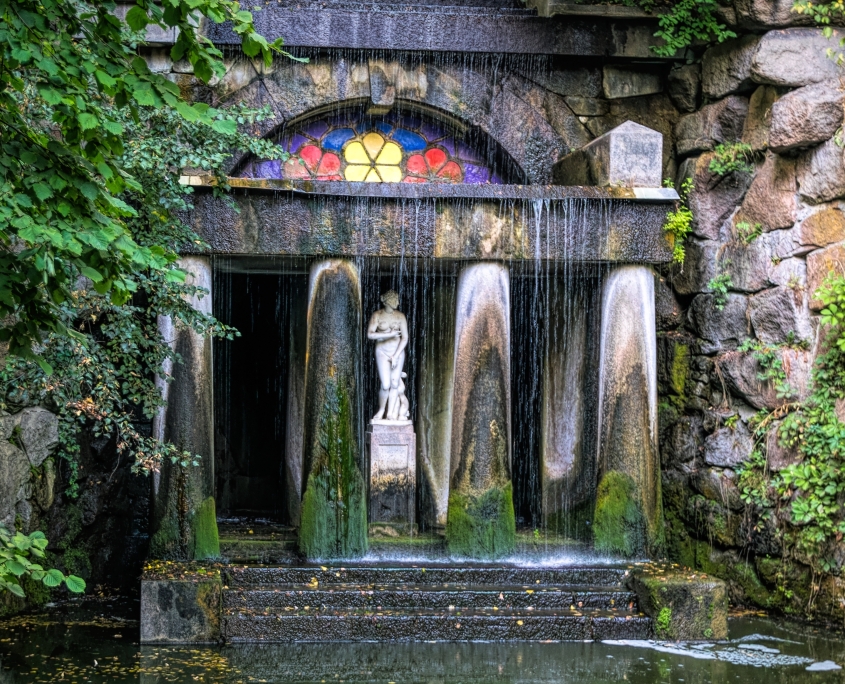 Antique architecture of Sofiyivka park in Uman, Ukraine. Goddess Venus and the Fountain