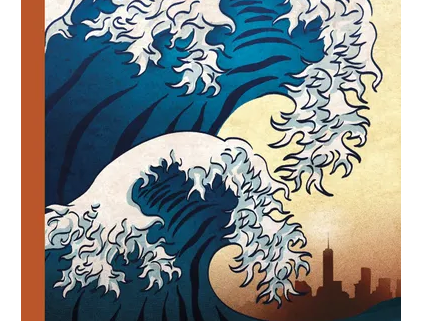 It’s Monday night. Do you know where your planets are? Spoilin’ for a fight, possibly — especially if these particular planets are making contact with your unique horoscope. By Friday, we are likely to be feeling the dreamy and/or bewildering spin, as Neptune turns direct on Saturday.

It is fascinating that in this week with its rare opposition between Venus and Mars (love and desire), with rose-colored Neptune humming in the background, Beth Owl’s Daughter’s Tarot Card of the Week is…the Two of Cups.

A week of no exact aspects among the planets — except to the Moon — suggested a tipping point. Color it red with the easy flow of militant action suggested by today’s Mars-Saturn trine. Color it blue with the focused energy of Jupiter (big!) turning direct at the verrrrrrry end of Pisces, with its themes of empathy, oceans, spirits and the end of the world.

We had two tipping points Heather Cox Richardson needed to tell us over the holiday weekend:

With Mars in Gemini square Neptune at a virtual standstill, 2022’s Word of the Year, according to Merriam-Webster, is…gaslighting.

UPDATE: As predicted, the threat of a railway strike looms again. Thanks, Mars retrograde in Gemini!

Jupiter in Pisces suggests big news about floods…and the end of the world:

Jupiter is close enough to 0 degrees Aries to be at the Aries Point. Avid Readers will recall that the Aries Point suggests prominence, as in FAME. I’m sad to report that Irene Cara, famous for singing “Fame,” died last week at 63.  Here’s the song.

But getting back to the end of the world…with Jupiter near the end of Pisces…and Neptune in Pisces blaring like a car horn on themes of empathy, healing and divine intervention. In Greg Olear’s Sunday post, he writes about a song of transcendence: Calling All Angels, performed by Jane Siberry (and kd lang). Perhaps you are wondering if Neptune is strong in Siberry’s horoscope? Of course it is. She has Venus conjunct Neptune in Libra — a sublime artist.

I hope you all had a peaceful Thanksgiving holiday — if you happened to spend last Thursday in America.

Here is the 411 on personal consultations. Yes, I have gift certificates available — handcrafted snail mail ones or I can send them via email. ‘Tis the season!!

Here is the CORRECT LINK to my guest appearance on Christi Clemons Hoffman’s Radiate Wellness podcast. We had such fun! UPDATE: howling with laughter over the realization that the link that was sent out to email subscribers wasn’t actually correct. But really, it IS the correct link now. Thanks for supporting Small Business Saturday (it’s a one-woman show here at Grace Astrology — d’oh!).

Whitney and I aren’t recording a new episode of Off the Charts: A Stellar Newscast this week. However, we are offering a fun video for our patron subscribers. Avid Listeners are aware that Whitney and I have different approaches to our horoscope interpretation, and they have peppered us with questions about how exactly how we differ. So we chose one of our patron subscribers at random and offered her a complimentary Zoom session. Whitney offers her take on the horoscope, and then I offer mine. Then Whitney offers her take on near-term opportunities and challenges, and I present mine. Our appreciative winning patron subscriber was kind enough to give us feedback on our different approaches, and we hope you will find it fascinating. You can sign up here to receive an email notification when this premium video is published — ideally on Friday. We wanted to give a little extra to Avid Listeners who give a little extra to us.

Thanks to Avid Reader Jennifer who wanted to make sure I didn’t miss this perfect reflection of the Sabian Symbol for last week’s New Moon in Sagittarius. It was “an ocean covered in white caps.” And here it is. Astrology. Is. Amazing. 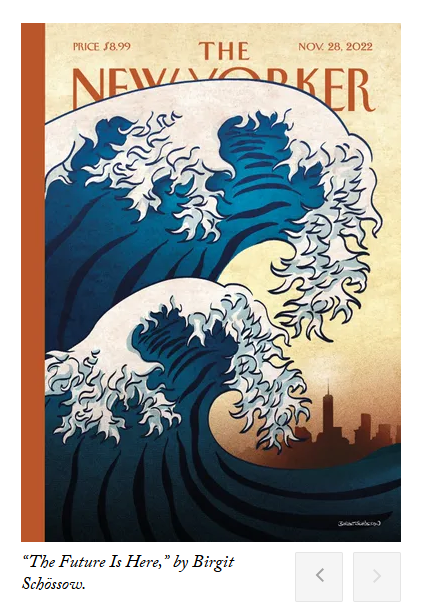