Did you note your dreams this morning? Mine were wild — reflecting (IMHO) — last night’s trine between Mercury (how we need to think) and Neptune (our need for vision). Not only that, but the Pisces Moon was void between 5:45 AM and 10:04 AM ET, suggesting a slow start, twist or flake to your routine.  Once the Moon shifts gear into Aries at 10:05 AM ET, see if you notice a newly-energized focus on getting things started — not now, but RIGHT NOW. This proactive drive chugs along all day today…and all day…

Holy moly! Sun in high-flying Sagittarius trines Moon in go-go-go Aries, combined with a shake ’em up Venus-Uranus opposition and magical Neptune in focus…and the Dow breaks 30,000 for the first time (as I’m typing).

Joe Biden just had a series of little transits similar to what Edward Norton experienced a few days ago. The Sun met up with Biden’s Sun-Venus in Scorpio;  today it crossed Biden’s Sagittarius Ascendant. When the Sun is travelling through the 1st house, ego energies are clearly seen (as opposed to working behind the scenes in the 12th). And so it was yesterday that P45 finally tweeted his recommendation that GSA administrator Emily Murphy (a.k.a. Smith College’s most embarrassing alum) finally ascertain that Joe Biden is the president-elect, so let’s get this show on the road, already.

Meanwhile, the amazing Avid Reader Chris did some digging through public records and has correctly ascertained that Murphy was born on December 27, 1973 in St. Louis. Here’s what that looks like: 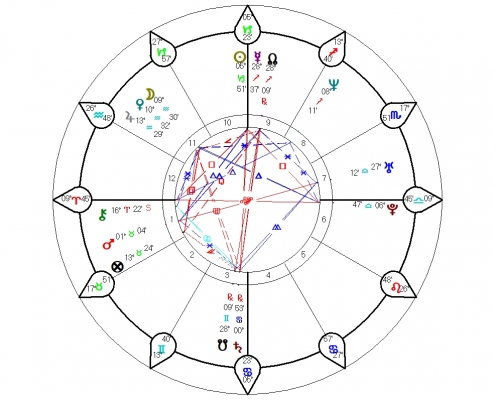 Here we have a Capricorn who is driven by the needs of an Aquarius Moon. This Sun-Moon combo has awesome administrative potential and needs to be of social significance. How she thinks, as well as her need for authority and control are likely to be prominent, as suggested by Mercury and Saturn at the Aries Point. Her mother likely had a huge influence on her mindset; whereas the relationship with the father was likely remote in comparison. How interesting to learn that Murphy followed in her mother’s footsteps when she chose to go to law school.

FUN FACT: Since Uranus entered Taurus in 2019, I’m seeing more and more horoscopes with a predominance of fixed signs (i.e., planets in Taurus, Leo, Scorpio and Aquarius) making headlines. This is quite a shift from the horoscopes with planets in Aries, Cancer, Libra and Capricorn. Fixed signs will continue to dominate the news, as in 2021, we’ll have Jupiter and Saturn in Aquarius, as well as Mars in Taurus.

In Murphy’s horoscope, Mars — the energy of action — is in Taurus. Translation: stubborn persistence or resistance; slow response. Taurus is not a fan of change! We don’t know how close her Aquarius Moon is to her Venus-Jupiter conjunction (also in Aquarius), but it’s a powerful statement of potential abundance. Neptune (faith) and Pluto (power) are connected to this abundant potential in a few significant midpoint pictures. She needs to be a believer.

Her Capricorn Sun and her Cancer Saturn were eclipsed last December and on the Summer Solstice, respectively. Her authority was bound to attract attention this year. Next year is likely to be a mixed bag of streamlining and gains — with the gains probably outweighing the losses. I’m chuckling as I type this, because this horoscope just needs needs needs to be BIG, and the chart I’ve attached as an example is bigger than the ones I usually use. It had to be!

Fun fact #2: Rep. Katie Porter (D-CA), Stacey Abrams and Senator David Perdue (R-GA) all have Venus-Jupiter conjunctions in early Aquarius, too. Porter was born on 1/3/74; Abrams on 12/9/73 — both within days of Murphy, so there a number of similarities in their horoscopes. I wrote about both for the next issue of Mountain Astrologer. Watch for them in the headlines in early 2021.

In other news, president-elect Biden is releasing his list of Cabinet member and other appointees. They are a diverse bunch: educated, dedicated, experienced — and, notably — kind. Some are even artists — how refreshing is that? The whimsically-named nominee for Secretary of State — A. Blinken (say it out loud) — can be heard on Spotify.

With Jupiter, Saturn and Pluto still in Establishment Capricorn, we can appreciate why Biden’s nominees aren’t the disruptors that generated so much buzz in the past, e.g., Elizabeth Warren for Treasury Secretary or Susan Rice for Secretary of State. Biden’s “preserve the status-quo” Moon in Taurus may be a factor. The fate of the Senate is likely at play as well. A Republican-controlled Senate would have howled at — and likely blocked — a Warren Treasury appointment. We won’t know until after January 5th whether Democrats or Republicans will win the two Georgia runoffs. I’m intrigued by Jon Ossoff’s prospects — as noted in a prior forecast. Here’s a fun comparison on the asteroids in all four Georgia candidates’ horoscopes, penned by asteroid specialist Alex Miller.

So who did get the nod to become our next U.S. Secretary of the Treasury? A familiar face — former Fed Chair Janet Yellen, whom I wrote about in October 2013:

And then there is Janet Yellen, who’s just been nominated to be the first woman Chair of the Federal Reserve. Why is that beguiling?  I am fascinated by planetary patterns on the day she was born — August 13, 1946 in Brooklyn, NY. That’s only a few days before a notorious and effective razzle-dazzler, Bill Clinton.  But the driving force behind Clinton’s oh-so-charismatic personal projection is an earthy, practical Moon in Taurus that needs material comfort and security. I do not know what Ms. Yellen’s Ascendant is — it could be an Earth sign — but there are definitely no planets in Earth in her horoscope. Her Moon is in either Aquarius or Pisces (Air and Water, respectively). And if memory serves, there are no planets in Earth signs in outgoing Fed Chair Ben Bernanke’s horoscope, either. Isn’t that interesting?

A Treasury Secretary with no planets in Earth signs might be apt, given the shift from Earth to Air that begins on December 21st. That’s when Jupiter and Saturn meet up at 0 degrees of Aquarius. The technical term for the start of this new cycle is Great Mutation — and here’s an article I wrote which explains its significance. Basically we are ending a 200 year cycle where success was defined by Earth — e.g., mining the Earth for resources; he who dies with the most toys wins. Over the next 200 years, success will be defined by Air — e.g., who has the data; who can connect us through the airwaves, etc. Brick and mortar is out; virtual is in.

Wherever you are, make a point to look up at the sky next month, as Jupiter and Saturn get closer and closer together. We haven’t seen this since 2000 — and we won’t see it again until 2040.

In other news, a Mars retrograde cautionary tale. On November 8th, with the Moon in party-hearty Leo, and retrograde Mars in selfish-AF-Aries opposing Venus in Libra, 7000 revelers attended a secret wedding in Brooklyn. No, they weren’t wearing masks. When were they busted and fined $15,000? When Mars turned direct and returned to where it was on the date of the wedding.

Please don’t go to reckless gatherings. Wear a mask. Wash your hands. Stay safe and count your blessings virtually, wherever you are. I will count you among mine! You could also ponder the significance of this mysterious monolith — just discovered — that looks like something from 2001: A Space Odyssey. It’s sooooooo Neptune!

Thank you for reading this forecast. Here’s the 411 on personal consultations. Contact me if you’d like eclipse insights and/or gift certificates for all your friends and relations. 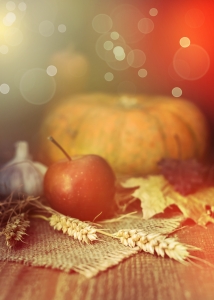 Thanksgiving pixie dust brought to you by Neptune turning direct