Greetings from New York — and happy Tuesday. Having shipped my next “Charts in the News” column to my most excellent editors at Mountain Astrologer, I can now put this overwhelming week in astro-logical perspective — and yes, catch up on the news!

Key patterns this week are as follows:

I’ll write a detailed post about the Full Moon later this week. It’s a potent one and activates the horoscopes of the 2017 Great American Eclipse, President Biden, VP Harris, Senate Majority Leader Schumer, the former guy, and more.

And now, the news — two weeks’ worth!

First, a bit of apparent good news, as the Senate did get its act together and reached across the aisle to pass a $1 trillion dollar infrastructure bill. The vote was 69-30, with 19 Republicans supporting it. That was how the first part of last week was supposed to flow, as you may recall from the Sneak Peek at the Week. The House now has to work on it, and planetary patterns in the Biden-Harris inauguration chart do suggest that a ginormous windfall funding bill is possible — perhaps within the next two months.

This past weekend looked mighty disruptive, driven by a potentially unforgiving Scorpio Moon clashing with heavy Saturn and shocker Uranus (blaring its horn as it slows to a virtual standstill). Also, as Avid Readers who ordered personal insights on the most recent eclipses will recall, those eclipses are currently being triggered by other planets — especially Mars — as they travel through Virgo. When eclipses are triggered, a release of bottlenecked energy is anticipated, in the way a genie pops out of a bottle. There’s no putting it back.

Meanwhile, in Afghanistan, the Taliban has taken over.  Stephen Colbert has the details. If you subscribe to Mountain Astrologer, you may have seen in the current issue an update on the horoscope of President Biden:

The May 26 lunar eclipse at 5° Sagittarius falls within two degrees of Biden’s Ascendant.The June 10 solar eclipse at 19° Gemini squares Biden’s MC. Those eclipses will be triggered by transiting Mars in Virgo in early and late August, and with SA MC = Saturn exact on August 16, a surge of bottlenecked energy regarding Biden’s professional status would not be unexpected. On August 17, he’ll have the second of three squares to his Sun from Jupiter. Since the Sun rules his 9th house, we may see an expansion involving publishing, travel, the courts, or foreign affairs.

SA MC= Saturn refers to a solar arc (another way astrologers measure time). It is a once-in-a-lifetime event, suggesting focused ambition and significant development in professional status. When Saturn is hot in the horoscope, it can be an apt time to cut your losses, heavy as they might be. Biden’s horoscope is right on schedule.

For the past few days, Venus has been at the Aries Point, attracting prominence as it moved through the last bit of Virgo and into Libra. The Aries Point refers to any planet at the very beginning of Aries, Cancer, Libra, and Capricorn. Venus refers to women, and in Libra, commands dignity. A global focus and concern for the fate of the women and girls of Afghanistan reflect Venus at her best.

On a related note, thanks to psychic James Cinclair for sending these lovely thoughts to everyone on his email list:

The people of Afghanistan are intelligent, diverse and beautiful. What they are experiencing right now is a nightmare that we can only imagine. I’m sending along this video from Kabul in 2016 and ask that you keep the Afghan people in your thoughts.

UPDATE: on Andrew Cuomo, who finally gave New York his two weeks’ notice. We don’t have a birth time for the outgoing (!!) governor, but the timing of his resignation was such a blow-up that it makes me suspect his Moon is around 5 Gemini and was therefore eclipsed in May. Eleven women detailed allegations of sexual harassment in an explosive report. A write-up of his horoscope from over a year ago, when his star was shining far brighter, is here.

Cuomo will be replaced by Lt. Governor Kathy Hochul. Born on August 27, 1958, in Buffalo, NY, she is a Virgo with Moon in humanitarian Aquarius — and thus won’t be as chit-chatty as her Gemini Moon predecessor. Though we don’t have a birth time, there’s plenty to see that reflects her sudden promotion. Transiting Jupiter is trine her Jupiter at 28 Libra, and it’s been opposing her powerful Sun-Pluto conjunction in early Pisces. She has Venus-Uranus conjunction at 13-14 Leo. This conveys considerable razzle-dazzle, which is amazing, given that she’s been such a non-public presence in the Cuomo administration.  See how transiting Uranus is squaring that charismatic conjunction all month, and suddenly she’s ready for her close-up? She takes office on August 24th.

As Jacinda Ardern likes to say, “try to be kind.”

Here’s the link to the Cosmic Tip Jar (to show appreciation for my Gemini Moon’s effort to keep you entertained and informed). 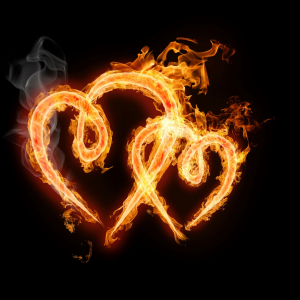