It’s a busy week of planetary shifts — as Saturn, Venus and Jupiter reverse direction, demanding we slow down and  REview.  Mercury and Mars change signs, demanding an adjustment in matters of walking and talking.

You’re more personally affected by this Saturn retrograde if you have a planet around  2 Aquarius, Leo, Taurus or Scorpio. You are likely feeling a streamlining squeeze in the area of  life the squeezed planet represents. Consult your astrologer for details.

In general, Saturn retrograde suggests a time to turn inward in matters related to ambition, structure, controls and authority. External authority figures may not be reliable — and may present delays, reconsideration or necessary revisions.

One theme we’ll likely see in the headlines: who has power over whom? Saturn in Aquarius would argue that authority belongs to humanity, networks of all kind (including technology); or a group of free-thinking like-minded souls. Saturn in Capricorn would argue that authority belongs to the  Powers That Be; established corporate entities of business and government. Capricorn is often the “old guard;” Aquarius, the avant garde. See if you notice a shift in power dynamics when Saturn re-enters Capricorn on July 2nd.

The Sabian Symbol for Saturn at 2 Aquarius is “an unexpected thunderstorm,” which Sabian Symbol Sage Blaine Bovee suggests may be experienced as heavy rains turning an adobe hut into mud. “Man plans; God laughs” would also be apt.

Sabian Symbols tend to work in pairs, with the second half of the pair being a Symbol’s opposite. In this case, the opposite Symbol for 2 Aquarius is 2 Leo: “a epidemic of mumps.” Coincidence or conspiracy? Bovee advises us to watch for:

Things that spread rapidly, upsetting normal expectations…something that seems too good to be true probably is. Watch for immunity to current fads; cathartic turns of events; knowing when to be quiet…”

…and so forth. I recommend Bovee’s fascinating book on Sabian Symbols.

OK. Back to the day by day forecast:

Venus refers to how we need to express ourselves socially. It refers to women, art, beauty and money; in health matters Venus refers to the belt line area of the body (as well as the thyroid and the throat). Venus  rules copper, which is an important indicator of economic growth in the commodities markets.

In our social interactions, Venus is the sugar that sweetens our demands, facilitating cooperation. When direct in motion, Venus supports social graces and words like “please” and “thank you.” When retrograde, courtesy and consideration do not come so easily — and relationships can suffer the consequences. The image I hold of Venus retrograde is one of those old-fashioned sardine cans — which  you need a key to open. Roll back the lid of the sardine can and there you have it: stinky fish exposed, for all to see. There’s no hiding that smell!

Venus turns retrograde about every 18 months — less often than Mercury, which retrogrades 3-4 times a year. Venus retrograde may present challenges in relationship, finances or aesthetics.  Wherever Venus is traveling in your horoscope (in this case 5-21 degrees of Gemini) is where a focus is likely. Look back to May of 2012 for guidance; this is the last time Venus was retrograde in Gemini.

Mindset and communication are Gemini’s domain. Therefore, pay close attention to what you think and say during this Venus retrograde. Do your words and thoughts reflect your true values?

This tweet from Anil Dash offers sage advice for Venus (who, what and how you need to love) retrograde (review) in Gemini (mindset) — especially in what you share on social media:

A reminder that may not be obvious: amplification on social networks has monetary value. Twitter’s algorithm counts it as engagement even if you shared a tweet to criticize it or mock it, and uses that signal to amplify the tweet further. Only RT what you would pay to promote.

The rest of his advice can be found on Twitter here.  Meanwhile,  this article by  Julio Vincent Gambuto (reposted from last week) makes a compelling case for reviewing how you spend your hard-earned cash —  eliminating indulgences that do not support your authentic self.

When Venus is retrograde, tried and true connections may be strained — but they will survive.  Less sturdy bonds may snap. Celebrities may suddenly divorce. All that fishy smell can mess up our aesthetic senses, too. Be careful about starting a fling with that hot new thing, lest ye awake in a month or so with buyer’s remorse — or worse — the horrible panicked aftermath of a coyote date. This applies to all partnerships, not just romantic ones.

Exercise caution in matters of decor. If you’re planning on redecorating, you hopefully picked out your colors before the Venus retrograde. Putting in an offer on a new home?  Look under the rugs, kick the tires — make sure you’re not seduced by surface charm covering up so much….stinky fish. As for cosmetic surgery? Meh. This is not the best time.

Gemini needs diverse, clever and intense entertainment. Gemini fears being boring — or bored. Gemini’s need for diversity leads to restlessness. The challenge of Venus retrograde in Gemini: moving forward too quickly on an aesthetic, monetary or social initiative out of restlessness and/or boredom.  It will be interesting to see the results when hair salons can finally open.

So what good can come out of Venus retrograde? Abandoned artistic and creative projects may be ripe for a second chance.  Relationships from the past may return. Review your finances. Review your values, so that when it is time to move forward, you can build something that isn’t thrown together out of a need for idle entertainment. Better to build a thing of authentic beauty that may last forever.

So much to cover during this busy week of planetary shifts! Stay tuned for Part 2 of this Sneak Peek at the Week — in which we’ll talk about Jupiter turning retrograde in Capricorn, exact on Thursday at 10:32 AM ET.

As for the news — that must also wait ’til next time — save for this fun tidbit. Avid Readers will recall from last Monday’s forecast that Saturn stationing in Aquarius suggested a focus on astrology. We were bound to see it in the news — and once again the New York Times delivered. “Will Coronavirus Kill Astrology?” the headline wonders.

Bless their hearts — and send them kudos for providing continued validation by once again publishing a story about astrology as anticipated, in sync with planetary patterns. Kudos also to Beth Owl’s Daughter’s Tarot Card of the Week — hot off the press — and also always in sync. 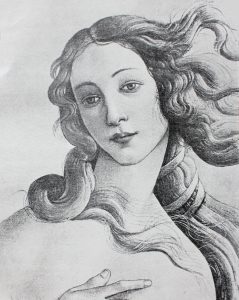 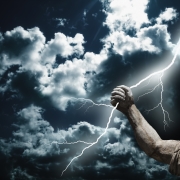