…and let a super-charged stretch of planetary activity begin!

At 7:49AM ET, the First Quarter Moon between the perfection-seeking Sun in Virgo and the opinionated Moon in Sagittarius suggests a challenge or “next step” in the New Moon agenda you set last week. How to take boundary-pushing action on that righteousness could be a focus this morning, as the Moon meets up with warrior Mars — also in Sagittarius at 11:11AM ET. At 8:26PM ET, talking about it can expose conflict, as Mercury (mindset) makes a challenging aspect to the Moon. A little innovation and a humanitarian approach helps navigate the rapids. When in doubt, call a friend…then chill as the Moon goes void at 8:51PM ET, not to enter the next sign, Capricorn, until 8:55AM ET on SATURDAY.

At 9:10AM ET on Saturday we’ll have the third and final wiggy square between Saturn and Neptune. More drugs, scandal, education, extreme politics, lies, religious beliefs, etc. etc — pulling focus in the headlines. At 9:22AM ET, the Capricorn Moon — which means business like no other sign — gets an expansive lift from Jupiter. The need of a Capricorn Moon is to execute the strategic plan, increasing status. Doing so over the next few days may be a jarring process on a personal level — for better or for worse.

At 3:45AM ET on SUNDAY, Venus — happily functioning as designed in Libra, where social graces and diplomacy flow naturally — is supercharged by power-focused Pluto. If you have a planet halfway through Libra, Capricorn, Aries or Cancer, you are likely to feel the pressure of an emotional catharsis, “fish or cut bait” scenario more than most. In the news, Venus-Pluto aspects often reflect power plays, witchy-bitchy women, down and dirty financials and other news from underground. A meet-up between the Moon and Pluto at 1:36PM ET amplifies the power flow.

Tension and release — stemming from someone’s idealized thinking — dominates the early part of next week. Mercury — the way we need to think and communicate — squares off with Mars and meets up with the detail-focused Virgo Sun at 2:59PM ET and 7:40PM ET on MONDAY. On Tuesday, the Sun is squared by Mars, pushing boundaries in its need to act — or aggressively act out. The volatile energy of these patterns are building now. One way to avoid a conflict: remember that Mercury is retrograde. What you hear may not be accurate. Double check the facts before you strike back. When in doubt, be silent! It’ll sort itself out next weekend, in the aftermath of Friday’s Full Moon/lunar eclipse.

Also on MONDAY: the Capricorn Moon will be void between 6AM and 5:29PM ET. Roll with whatever twists and flakes may derail your efforts to move forward in a straight line. Focus on routine concerns. Know that whatever contentious crises crop up during the day are likely to be much ado about nothing. If you sleep in or space out on a appointment, there’s no need to panic.

And now some thoughts on Jupiter — which refers to expansion and reward. At 7:18 AM ET it left Virgo and entered Libra, where it will be until October 11, 2017.  Jupiter takes 12 years to make its way through the zodiac, staying in each sign for about a year. It was in Libra in 1993 and 2005. You are more personally affected by Jupiter’s expansive potential if you have planets in Libra, Cancer, Capricorn or Aries…and especially if you have planets and/or angles at around 13 and 21-23 degrees of those signs. Why those degrees? Because Jupiter will make contact with those degrees not once, but three times in 2017, upping the potential for that part of your horoscope’s expansion. If you do not know where your points and angles are, consider ordering an Astro-Basics Report, a.k.a, a ton of useful information for a totally reasonable price.

Libra refers to one-on-one relationships, such as marriage and business partnerships; fairness, balance, social graces, diplomacy, popularity; the scales of justice. As Libra is ruled by Venus, we can expect beauty and art to be bigger priorities over the next 13 months.  Whereas Jupiter in Virgo might seek its reward in what is perfect, principled and of service, Jupiter in Libra could be quite content with what is most pleasing to the eye. And this is a potential weak spot for Libra: accepting surface charm without looking under the rug,  checking thoroughly under the hood, etc., before making a buy. It’s Scorpio that demands actual depth and substance — and we’ll get into that experience this time next year, when Jupiter moves on.

Libra has a reputation for having difficulty making decisions. It goes back and forth, seeing both sides of a situation. There is a need to debate, valuing airy, “rational” approach over what is intuitive. On the upside, maybe we’ll see some major peace treaty negotiated. The court system should be a big focus — and it certainly will be in the United States, with one or more justices appointed to the Supreme Court.

I’m interested to see what will hit the headlines when Jupiter is at 15 degrees of Libra this December and next May and July. This was the degree of the last of the seven game-changing Uranus-Pluto squares back in March of 2015.  I expect we’ll see expanded progress on the seeds sprouting at that time, the biggest of which was the acknowledgment that climate change was real — and human behavior has no small something to do with it. A big initiative to put things back in balance...?

And now the news, briefly…because I gotta fly…literally, thanks to the miracle of jet propulsion engines.

Scandals: as I type, Wells Fargo is running banner ads all over my paid subscription to the New York Times online. Damage control ain’t working, Wells Fargo. I’m not giving up my credit union, even though you fired 5300 (!!!) employees who, it seems, opened 1.5 million fraudulent accounts and half a million credit cards since 2011…I mean seriously, wtf? Fined $185 million and that’s it? Meanwhile, in Arkansas a dozen people have been busted in a $10 million scheme to steal federal funds intended to provide food for hungry children. No word on what they did with all that money.  Gahhh!

Reflecting the aggressive potential of current planetary patterns, we are informed today that the U.S. conducted airstrikes in six countries this month.  North Korea is accused of “maniacal recklessness” after its latest nuclear test triggered an earthquake. Meanwhile, Facebook is at war with…Norway. In a surreal case of censorship (Saturn in Sagittarius vs. Neptune in Pisces), and evidence that the decision-makers at Facebook weren’t born in the 50s or 60s, Facebook suspended the account of a Norwegian writer who shared this iconic photo as one of seven that “changed the history of warfare:” 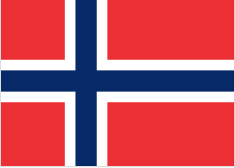 Meanwhile, if  you’re wondering whatever happened to the girl in the photograph — Kim Phuc — whose image of pain and suffering is credited with helping turn public sentiment against the Vietnam War, here’s a update from last year.

On the lighter side…
An Air Asia flight bound for Malaysia ended up in Melbourne after the pilot entered the wrong coordinates into the system.  Don’t let this Mercury retrograde glitch happen to you. Stay focused out there!
And now I really must fly. Hope to catch up on the astrology of the U.S. presidential race next time.
Here’s a song for tomorrow’s third Saturn-Neptune square. Cue “White Rabbit” now, please.
Here’s the 411 on personal consultations  — essential understanding on how these surreal patterns impact your unique horoscope.
Thank you for reading this forecast.
https://elisabethgrace.com/wp-content/uploads/2019/11/logogold.png 0 0 Elisabeth Grace https://elisabethgrace.com/wp-content/uploads/2019/11/logogold.png Elisabeth Grace2016-09-09 13:59:352016-09-09 14:08:43Astro-logical Forecast for Friday 9/9/2016 & the Weekend: Jupiter in Libra; Saturn Square Neptune in Wonderland