Moon is in Aries, where it’s been since 10:53 AM ET on Saturday. Its fiery initiative combined with Mercury retrograde, is a fitting pattern for charging around the house to  REorganize, or blasting through your emails to REview, REconnect and toss out what no longer serves.

Let’s talk about that Saturn-Uranus square.

Joe Biden was due for a sobering shock. And on a collective level, this is one of the exercises we are being given, courtesy of Uranus (shock) in Taurus (material comfort and security; physical touch). Those hugs that were once a secure expression of comfort and non-sexual caring affection? Not so secure anymore. We will probably have to wait eight years — when Chiron enters Taurus — for us to put back together our sense of material comfort and security that is likely to be shattered as Uranus continues in Taurus.

Saturn dipped into Aquarius last March for a few months, backed into Capricorn over the summer and re-entered Aquarius last December. It suggests the advancement of necessary controls (this is how my teacher Noel Tyl described the need of Saturn) applied to matters of Taurus using the intellectually innovative methods of Aquarius: technology, rebels from the fringe; the power of the collective (as opposed to a corporation), humanitarianism, diversity, social significance, friendships, networks. And here we are now, gathered together on Zoom, with efforts now being made to control/regulate what had been a wild frontier of cyberspace.

Many bubbles are likely to pop in 2021. The dates of the three Saturn-Uranus squares are Feb 17, Jun 15 and Dec 24. In 2022, we do not have an exact square, but Saturn and Uranus will still be in a tense pattern, especially in the fall.

Let’s start with a list of several headlines reflecting last week’s major planetary patterns. If you follow me on Twitter, you’ve seen many of these as they hit the wires:

Meanwhile, I’ve been anticipating disruptions and further separations in the lives of Britain’s Royal Family:

UPDATE: on Claudia Conway — the social media sensation and  would-be emancipated daughter of Kellyanne and George. Claudia’s 24 Libra Sun was hit hard in 2020 by Saturn, Jupiter, Mars, Pluto and (goddess of discord) Eris. Pluto continues to square her Sun, suggesting that — having made a ton of noise last year — she would continue to attract prominence (i.e., fame) because Pluto is not done with her just yet. Looking at her horoscope last year, I thought she might prevail in her declared bid for emancipation.  Are we surprised that she appeared on American Idol over the weekend? Eh…not really. Plus, transiting Jupiter (expansion) conjoined her Neptune (glamour, music, fantasy, victim, fog) last week.

Britney Spears is also making a bid for emancipation, apparently — though I confess I have not thoroughly read the stories. The NYT made a documentary, “Framing Britney Spears,” that’s now playing on Hulu.  A quick glance at her horoscope, and instantly we see Pluto at play here, too — squaring her Venus-Pluto square. We anticipate extremes, breakdown and eventual empowerment in matters of her self and financial worth — after quite a struggle.

Best Mercury Rx snafu so far — and boy did we need this laugh:

There’s much to be said about last week’s impeachment trial. Part of that exercise involves reviewing the flow of planetary patterns over the past several years, in order to understand how the United States got to this point in its development, and why the 2022 midterms are so critical to the survival of our democratic process. That’s what I plan to do in the next forecast. If I start writing that part now, this current forecast won’t ship until tomorrow; until I can get to it, here’s Heather Cox Richardson with the latest from her non-astrological historical perspective.

To find out what’s going on in your horoscope, here’s the 411 on personal consultations.  If you’d like to become a Faithful Monthly Supporter of these weekly insights, you may do that here.

If you’re a student of astrology, I invite you to register for the Empowered Astrology Conference –happening on Zoom March 11 – 14th. Teachers include several of my fellow honors graduates of Noel Tyl’s masters program. If you’ve never heard of Noel Tyl, here’s a take from Avid Reader John:

I met Noel in 2000 at his seminar in Edinburgh. Such a giant of a man, not because of his height but is whole persona, white hair, white shirt, white shoes and trousers, or pants as they say in the USA. He looked like an angel. His work is such an inspiration… There are hundreds and hundreds of astrological twitter accounts, Instagram accounts, and blogs, all increasing weekly. It is such a pleasure and relief to read your work. Nothing in the Astro world is worth reading or listening to more than anyone who has studied with Noel Tyl. 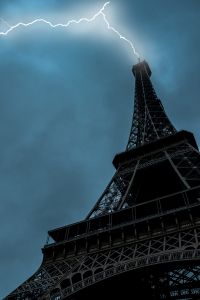