Tag Archive for: mars at the aries point news 2020

A heavy start to the morning, as the fairness-seeking Libra Moon squared Jupiter (big! courts! media!) and Pluto (power! breakdown! life and death!) in Establishment Capricorn just before 9:02 AM ET. As I write, the Moon is now void…not to enter Scorpio until 6:48 PM ET. Stick to routine during the void — go write a forecast or something. Wandering is fine — anything that also supports a Mercury retrograde reorganization or retreat. Launching a website  today — oooh — bad idea.

Once the Moon enters Scorpio, we see an immediate release of energy, based on an authoritarian advance or cut. Why? Because the Moon squares Saturn at 7:01 PM ET. Today is also buzzing with patterns that will be exact on…

Meanwhile, note that Mars left Pisces at 9:45 PM ET on Saturday, June 27th. Any planet in Pisces can feel like the end of the world — and it was fascinating to see last week begin with two stories about suicide. Film producer/philanthropist Steve Bing reportedly jumped from the 27th floor of his apartment in Los Angeles; perhaps that Mars was on his sensitive Pisces Moon (we don’t have an exact birth time). In other news, Twitter was flooded with posts announcing that the Suicide Hotline number is going to be shortened — to just three digits.

Now — with Mars in its home sign of Aries, everything old looks new again.  Mars in Aries offers courage in situations that previously seemed hopeless, motivating passionate crusaders to take a stand. Mars will be in Aries until early January, so you better get used to this me-me-me fiery drive. What is Mars in Aries fighting? Most notably, it’s battling Jupiter and Pluto in Capricorn — i.e., the corporate/government Powers That Be, along with a number of possibly dysfunctional court opinions and media outlets, too. Why “dysfunctional?” Because Jupiter does not function as well as it could in Capricorn, which earns its reward by either climbing to the top of the mountain by whatever means necessary (honest hard work, in the best of situations),  or being born into an allegedly deserving class in a social hierarchy.  Why is it battling these Capricorn entities? Because Mars will square them three times between now and the rest of the year.

Be advised that conflict is not necessarily a bad thing. There’s no need to panic. But a conflict involving a highly efficient Mars in Aries vs. a corporate/government grandiosity may be explosive, for better or for worse. Not only that, but Mars will also activate nearly all of the recent eclipses AND certain patterns that are significant to Covid-19.

I expect July to be as intense as it was last year — and this June, too.  We’ll feel like we can surge forward in August — unimpeded by challenging eclipses and heavy input from Saturn and Pluto. The surge may be delayed in September, October and the first half of November, as Mars will be retrograde. We’ll need to watch for reckless action stemming from impatience — in what should be a strategy-planning three-month session. Stay tuned to this channel for continuing updates.

If you would like personal insights on how Mars in Aries is likely to activate your horoscope for the rest of 2020, toss $44 into my Cosmic Tip Jar as a Joyful Random Expression of Appreciation. Email me your birth data, if I don’t already have it. I will send you a few paragraphs of carefully crafted thoughts in a day or so.

Mars at the Aries Point — moving from late Pisces to early Aries — put martial concerns in the spotlight. The lack of aspects among the planets suggested a metaphorical ice shelf suddenly collapsing or a genie escaping the proverbial bottle, never to be put back again. Mercury retrograde facilitates a review of history, with revelations forthcoming:

Mars refers to weapons — especially iron and steel — so this drone outfitted with blades naturally made headlines. And here’s a vision in pink, sporting an assault weapon. Meanwhile, Twitter was chock-full of tantrum-throwing Americans, upset at being barred from entering grocery stores without masks. Fireworks sales — and complaints — are skyrocketing across America.  Mars refers to cars and courage — and NASCAR was hot in the headlines last week, as drivers rallied around Bubba Wallace, its only Black driver.

Oh lookie — a book called Rigged — reflecting the Sabian Symbol for Venus turning direct (“drilling for oil”) — file under told ya so.

Avid Readers will recall that planetary patterns back in May in no way supported a rush to re-open the economy. Way too much idealism in the cosmos suggested dangerous delusion. Last week, “all of a sudden,” U.S. cases of Covid-19 are surging, as cases in most of Europe and Japan are falling. Faster than you can say “Mercury retrograde,” plans to open are being rescinded nationwide — even in New York — just in time for Randy Rainbow to release a new PSA.  One mutation of the coronavirus in particular is “taking over the world.”   Oh — and the P45 Administration moved forward on its SCOTUS suit to completely abolish the Affordable Care Act.

UPDATE: on Chief Justice John G. Roberts, whose horoscope we’ve been covering since 2012. Wow. Aquarius with Moon in Pisces — time unknown. Mars in me-me-me Aries, well-suited for championing the underdog, should he choose to do so — and sometimes he does, notably in June 2012 when — under a rebellious Uranus transit — he broke with SCOTUS conservatives and kept the Affordable Care Act alive. Today he broke ranks again — joining Ginsberg, Kagan, Sotomayor and Breyer — to strike down a Louisiana law that would have restricted access to abortion. Roberts is in the middle of another rebellious Uranus transit through 2020.

You’ve probably never heard of Marty Goddard. She is the woman whose dogged persistence and care led to the creation of the so-called “Vitullo” rape kit. A rape kit, as you may know, enables hospital staff to collect and preserve evidence that can be later used to identify and convict sexual predators. It’s called “Vitullo” because that’s the name of the man who took full credit for Goddard’s idea. We don’t have a birth date, but I bet her horoscope is hot — with patterns that reflect why NYT reporter Pagan Kennedy was motivated to move Heaven and Earth to track her down — and tell her story.

Finally, I was entranced by this one from the NYT Sunday Magazine: “The Rebel Physicist on the Hunt for a Better Story Than Quantum Mechanics” — about Italian physicist Angelo Bassi.  I swear he’s onto astrology:

Finally, welcome to all new Avid Readers! I appreciate your interest and support of the astonishing synchronicity of news and planetary patterns. Here’s the 411 on personal consultations. 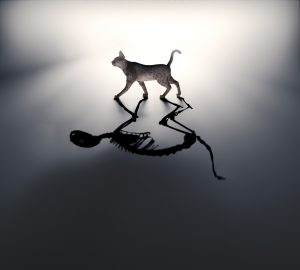