A warm welcome to Avid Readers who have just discovered this Forecast. I hope you will always find it fun and informative.

Here’s a recap of what was anticipated for the weekend, posted last Monday:

As it turned out, the Mercury retrograde coincided with a postponement of the planned debate on the crucial voting rights bill, thanks to stormy weather, a case of Covid and other things. The Senate will take the matter up on Tuesday and will be in session that week instead of being in recess. Another pattern apt for disruption — which I neglected to share last week — is that Mercury turned retrograde oh-so-close to an exact square with Uranus. BUT — the square won’t actually be exact until February 24th — and this is a date to watch for a possible resolution to the shocks in mindset and communication that grabbed our attention a few days ago. Meanwhile, as I type on Sunday night, the Cancer Moon is waxing full and will be exact on… 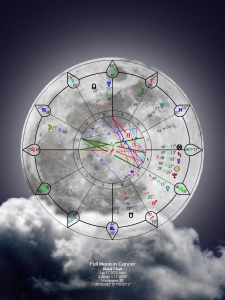 You are more personally affected by the illumination and release potential of this Full Moon if you have planets or angles around 27 degrees of Cancer, Aries, Capricorn and Libra. This includes the United States, which has its Pluto at 27 Capricorn. It also includes VP Kamala Harris, Majority Leader Chuck Schumer and Senator Susan Collins. Not only that, but the Full Moon activates MLK’s 25 Capricorn Sun and 28 Capricorn Midheaven.

A pause, while we pay homage to the Sun’s ingress into Aquarius, which happens at 9:39 PM ET. Aquarius is an airy (mental), fixed (organizing) sign. Keywords for Aquarius include innovation, eccentricity, friendship, humanitarian, unconventional, rocket scientist and/or mad genius. If you were born with the Sun in Aquarius, you have the energy to innovate and intellectualize with others. If your Moon is in Aquarius, you need to be socially significant — and dare I say appreciated for it. You probably need to be unusual, too. I look forward to your empowerment when Pluto enters Aquarius in 2023.

First, a few words about the US Pluto Return, which astrologers have been anticipating since forever. It’s taken 245 years for Pluto to make a complete circle around the U.S. horoscope. It will return to the place it was on July 4, 1776, on February 20, July 11 and December 28. Note that we will have a solar arc between Pluto and the US Midheaven on March 2. That first week of March looks like yet another week to watch — and note that March 1 is when President Biden is scheduled to deliver his first State of the Union address.

Anyhoo…Pluto refers to extremes, as well as power and resources. In Capricorn, power and resources are easily vested in the Establishment. A Pluto Return is a conjunction — and a conjunction is like a New Moon. So, this is a seed-planting opportunity for the US. What are we going to build on in terms of our power structures in the next cycle? Who gets to decide?

We do have a reference point for our Pluto Return. How so?  Well, astrologers can track Pluto’s challenging aspects to its natal Pluto since July 4, 1776 — and what we find is fascinating. Transiting Pluto squared the US Pluto for the first time between 1848 and 1850, followed by the solar arc by square in 1869. If you’ve been reading Heather Cox Richardson’s essential Letters from an American, you know that in 1870 is the year Congress passed the 15th Amendment, (and here is a bit from 1850) Note that transiting Pluto opposed the U.S. Pluto in 1936 and 1937 — in which FDR was re-elected after four years of New Deal policies expanded the role of the federal government and its social safety nets. Another Pluto-Pluto solar arc happened in 1958.

We had another square of transiting Pluto to the U.S. Pluto in 1982 and 1983. Ronald Reagan was elected in 1980 and said in his 1981 inaugural address that “Government is not the solution to our problem; government is the problem.”   Taxes were cut; safety nets were slashed. Fun fact: in 1983 — for the first time ever — Economics — not English — was the most popular major among seniors graduating from Wellesley College. And those econ majors all went on to work in consulting firms, investment banks and then get their MBAs. I remember one of my English professors remarking that if Wellesley graduates actually applied what they’d been taught in a college whose motto is non ministrari; sed ministrare (not to be served, but to serve), they would tear those institutions apart. Obviously, that did not happen. So here we are now, in 2022 — with Pluto returning to its original place in the US horoscope. Who will end up with the power and the resources?

With the Sun conjunct Pluto (news from underground) and Uranus at a virtual standstill as it prepares to turn direct (a focus on upsets, including seismic activity), the undersea volcanic eruption in Tonga and subsequent global tsunami should come as no surprise.

Other disruptive items — for better or for worse:

Gah! Nothing light in the news today. The best I can do is offer a conversation about Saturn transits in the horoscope. Saturn is not thought of as a fun influence, but astrologer Kathy Rose and I had a ton of fun dishing about it — in the latest episode of her Maverick podcast. Here it is on YouTube — enjoy!

Here’s the 411 on personal consultations. We will have a fine discussion together. Here is the link to the Cosmic Tip Jar — where you can make it undoubtably clear that you find these forecasts worthwhile. Support from astrology students and professionals whose study and practice benefit from these missives is especially appreciated. 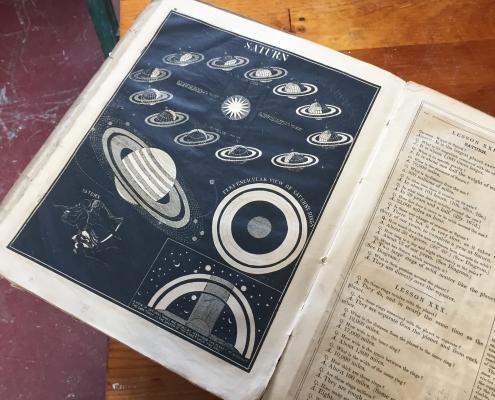