I started writing this on Sunday, hours after the Full Moon in Aries opposed the Libra Sun at 4:54 PM ET. Translation: energy of diplomacy, fairness and balance, especially in relationships was challenged by the need of the Aries Moon to take action.  On this particular Full Moon, the action plan could involve an initiative to heal wounded feelings (given the Full Moon’s connection to Chiron — a.k.a. the wounded healer), and if that’s the case for you…

…then Monday morning may have an emotionally-charged start. And guess what? That is in fact how my day started — with a text from someone I hadn’t been in touch with for a few months, wanted to reconnect. Astrology is amazing.

Moon squared Pluto at 10:01 AM ET — and then went void until 5:03 PM ET. Hopefully you rolled with the twists and flakes — and didn’t make a mountain out of a molehill of crisis (’cause it would have likely been much ado about nothing). By the time you read this, Moon will be in Taurus, seeking to build material security and preserve the status quo. Meanwhile, at 7:50 PM ET, Mercury — how we need to think and communicate — exits Virgo and enters Libra, now focused on weighing opposing sides in a quest for fairness and balance.

Oh — but I’ve gotten way ahead of myself.

Here are the highlights of this week:

And here is what the Full Moon in Aries looked like, set in Washington D.C.: 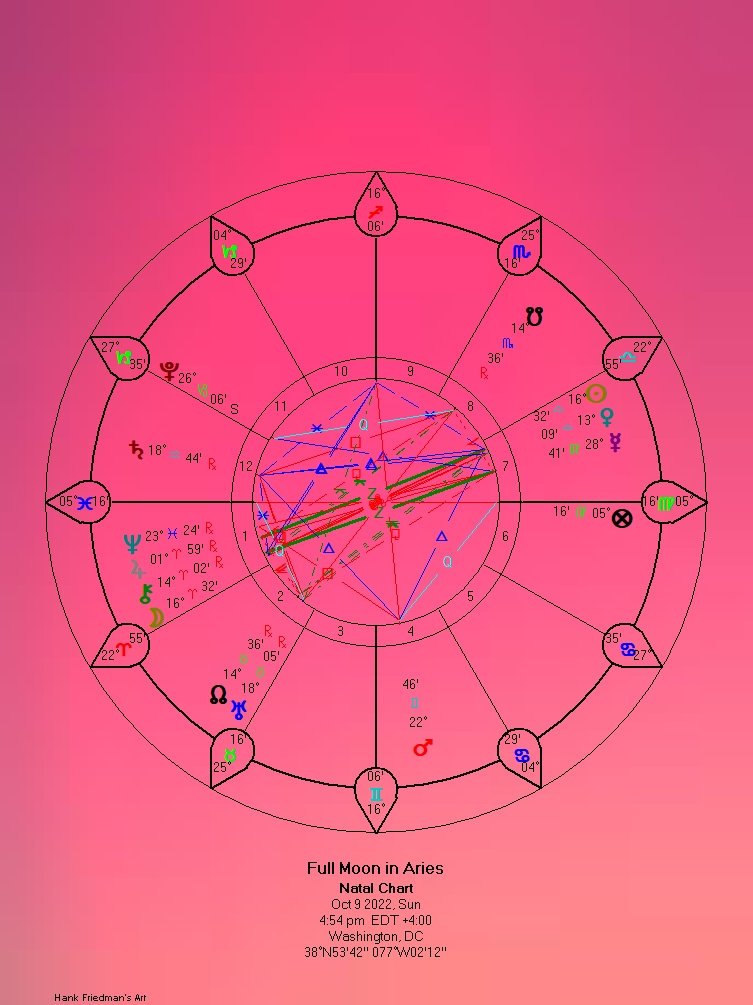 Back to the day-by-day forecast:

Oh — wait — I have to tell you about the Empowered Astrology Seminar on October 22-23 — on Zoom! Some of you know that I studied with astrologer Noel Tyl, and seven of his masters course graduates are giving talks over the course of two days. Here’s the 411 on this empowering learning opportunity.  Holler if you have questions.

Pluto turning direct suggested matters of power and resources blaring like a car horn in Midtown traffic. Neptune all over the place (especially in an approaching square to Mars) suggested it might be visionary or surreal. Mercury trining Pluto suggested serious dirt from underground, with a few gaffes as Mercury got back up to speed.

Isn’t it helpful to know something about astrology so we can appreciate the logic of all these weird headlines? Think Jeb Bush has an astrologer to help him understand why this weirdness is happening to him now?

Have fun listening to the podcasts and videos!

Here’s that link to the Empowered Astrology Conference — October 22 – 23. 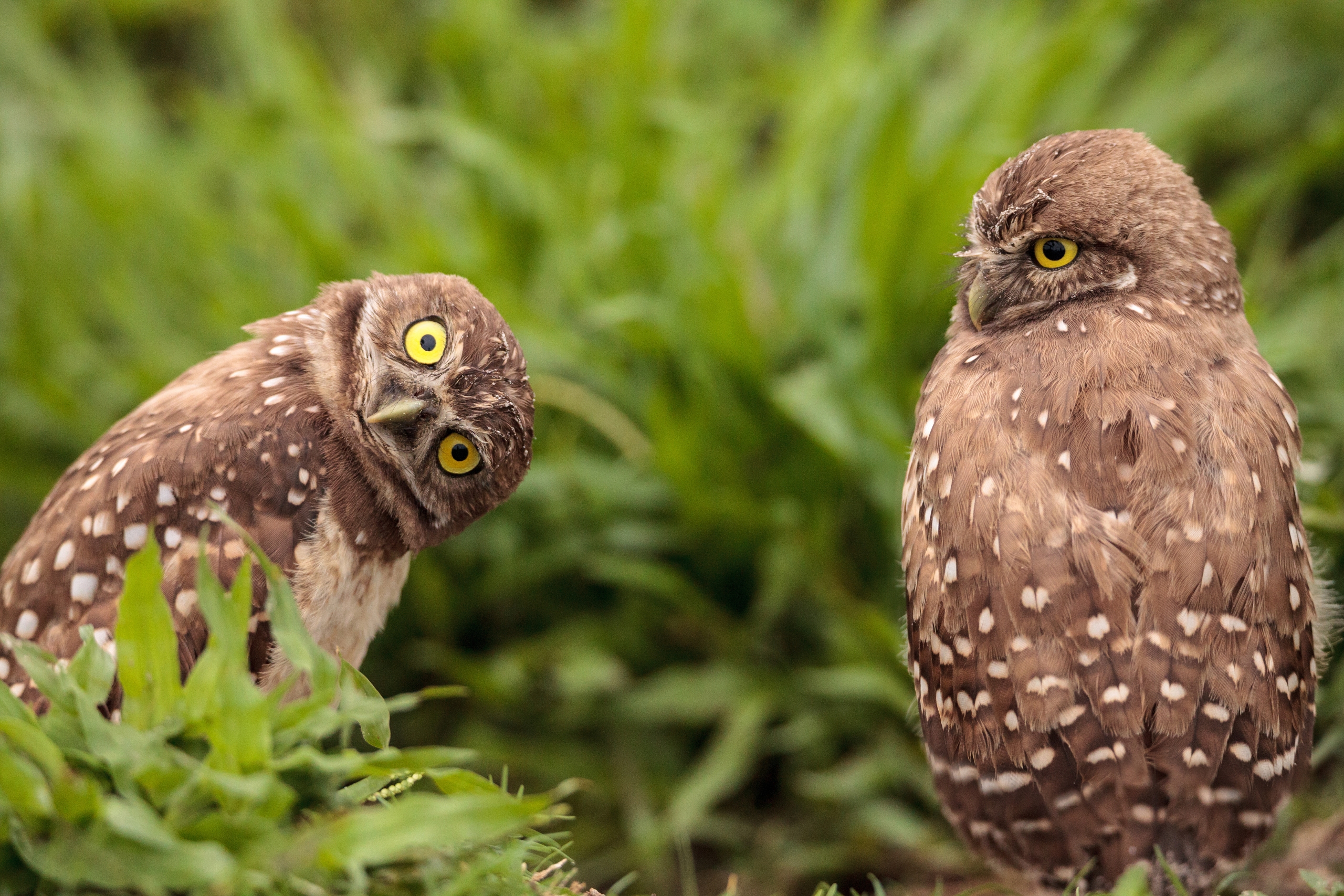 The owl on the left is named Athene, and she lives on Marco Island, Florida.