The Moon is in Virgo, driving the day with a need for perfection in every detail. Did you note your dreams this morning? Moon’s opposition with Neptune at 4:49 AM ET may have facilitated special insight. Get it off your desk before 4:33 PM ET, when Moon goes void for the next eight hours. Stick to routine; don’t make a mountain out of a molehill. Give yourself permission to wander and CHILL!

Speaking of special insight, investigative reporters have been going gangbusters over the past few days, thanks to a conjunction between Mercury (information; communication) and Pluto (power; resources; corruption exposed), exact tonight at 7:57 PM ET. That conjunction is especially significant for the United States, as it falls on the U.S. Mercury…and oh…lookie…here’s an audiotape of P45 trying to bully Brad Raffensperger (Georgia’s honorable Republican Secretary of State) into “recalculating” Georgia’s election results, and somehow “finding” enough votes (a mere 11,780) to declare P45 the winner. Raffensperger would have none of it, and the entire hour-long conversation has been aptly described by actor Mark Hamill as “a lost episode of The Sopranos.”

And did we not anticipate in the forecast for last week’s Full Moon at 8 Cancer that it was likely to shine a spotlight on how P45 needs to think? And that one of the interpretations for the Full Moon’s Sabian Symbols was “the naked truth.” Yes. Yes, we did.

Reflecting Mars and Saturn coming out of their respective shadow phases over the weekend, it was interesting to see this op-ed from ten living former Secretaries of Defense — Democrats and Republicans — affirming that the military has no place in resolving election disputes. Meanwhile, the leader of the right-wing Proud Boys was arrested.

Heather Cox Richardson’s December 30th column has a lot to offer about the last 20 years. She writes without realizing that those two decades were dominated by the 2000 Jupiter-Saturn conjunction in Taurus, i.e., the last gasp of world domination being determined by he who exploits the most in the element of earth. When she talks about America’s idealization of the ruggedly individualistic cowboy, she doesn’t know she’s referring to the U.S. Mars-Neptune square (idealization of macho man), coupled with its rugged and hard-working Sun-Saturn square. But she is!

For comic relief, Dave Barry offers this recap of 2020 — which feels like it happened 20 years ago!

For now, I’m just counting down the days ’til the January 20th inauguration of the 46th President and Vice-President of the United States: Joe Biden and Kamala Harris. On  January 31st, Mercury will turn retrograde. There will be delays — and plenty revealed.

Meanwhile, if you’re free in mid-March, I’ll be giving two talks at the 2021 Empowered Astrology seminar.  The superb faculty, includes many graduates of Noel Tyl’s masters course (e.g., yours truly). J. Lee Lehman, Frank Clifford and Greg Bogart will also be presenting. Check it out — holler if you have questions — and tell ’em I sent you when you register.

Wear a mask. Wash your hands. Avoid crowds and limit your contact with people you aren’t already living with. The UK is going into lockdown again. The new, extra-contagious strain of Covid has been detected in several U.S. states, including New York (as of today). The vaccines aren’t being delivered as quickly as promised — as we might expect in the aftermath of announcements that were made during last fall’s Mars and Mercury retrogrades. Stay safe — we will get through this — together.

Thank you for reading this forecast. To support the effort it takes to write it, visit the Cosmic Tip Jar. For the 411 on personal consultations and such, look here. Now is the time to plan your strategy for 2021. 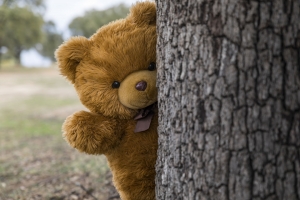