Only three more days and we can kick 2020 to the curb. Huzzah!

Work or play, the start of the week is driven by the Moon in Gemini, seeking to be the cleverest, wittiest, most entertaining kid in the room. Moon squared Neptune this morning (did you note your dreams?) and Venus is speedily applying to a square with Neptune, exact on Wednesday. Venus refers to social expression; it’s pushing boundaries in opinionated Sagittarius. Neptune refers to memory and nostalgia. Throw these patterns together and you will understand why everyone on Twitter is trying to one-up each other in a clever, music-themed word game.

And so on. Learn the language of astrology, dear Avid Readers, and you, too, will understand why things happen when they do — even if they make no sense at all. 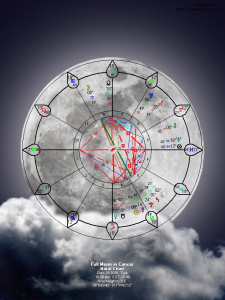 Last week’s square between Mars and Pluto suggested headlines involving brute or heroic force, machismo, warriors, etc. We were keeping an eye on P45 for anticipated outbursts on the 23rd and 27th.

UPDATE: on Israel, whose horoscope we’ve been following for years — written up here in Mountain Astrologer.  Last week, transiting Mars opposed Israel’s Ascendant (only a few weeks after Jupiter-Pluto squared it). Translation:  extreme power plays involving finances and core values. Thus we are not at all surprised to read “Israel’s government collapses, sending country back to elections for the fourth time in two years.”   Transiting Pluto will be sitting at the bottom of Israel’s chart all next year, suggesting a potential tear down and rebuilding in matters of values, finances and core foundation.

I tried to stay away from the computer on Christmas, but couldn’t help notice the explosion in Nashville. The chart for the explosion — 6:29 AM ET on 12/25/2020 in Nashville — wasn’t nearly as revealing as the chart for the time the RV arrived on the scene — 1:22 AM ET. A savvy astrologer could determine the RV’s powerful destructive potential from the latter, as well as the circumstances and likely fate of the RV’s driver (isolated; apparently acting alone; self-destructive). Even the weird recording that served as an alarming wake-up call is illustrated in these charts: the woman’s voice and the wistful song (Downtown, sung by Petula Clark).

There is a birth date for suicide bomber — 1/17/1957 in Antioch, TN. The horoscope is what we’d expect, i.e., patterns active in 2020 consistent with triggered aggression, frustration, depression– and also strategy and ambition.

It occurs to me seems that whenever Saturn shifts gears, there’s an event aimed at controlling something related to the sign Saturn has just entered. When Saturn entered Sagittarius (foreigners, dogma, humor, freedom of speech/opinion), there was a terrorist attack on staff at Charlie Hebdo. When Saturn entered Capricorn, all but three women wore black to the Golden Globes, protesting sexual harassment and salary inequities perpetuated by the patriarchal Powers That Be. That movement was aptly named “Time’s Up!” (Saturn refers to the limits of time).

With Saturn now in Aquarius (technology, networks, airwaves), it was interesting that a major consequence of the Nashville explosion was the disruption of communication services provided by AT & T. There was even a rumor going around that the suicide bomber may have been paranoid about 5G technology (this has not been confirmed). But it’s interesting — given Jupiter and Saturn just entering Aquarius — that this line of thinking would be making news at this time.

I leave you with an article about Heather Cox Richardson — just interviewed in the NYT! For some bizarre reason, the reporter thought it would be appropriate to close his piece with the admission that while he subscribes to her daily Letters, he can’t be bothered to read them, even though he knows they are richly informative. Is this also a reflection of the shift of Jupiter and Saturn into airy Aquarius? What do you think?

Thank you for reading this forecast. Here’s the 411 on personal consultations. Now is the time to plan a strategy for 2021 — a whole new air-a! 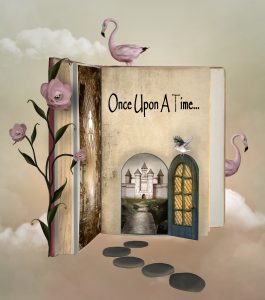