Happy Memorial Day Weekend and greetings from the Big Fat Astrology Conference in Chicago! What fun it is to hang with hundreds of people from all over the world who speak the language of astrology. And Chicago is awesome!

The Moon is in Scorpio, driving the day with a need for depth, substance and control — but it’s softened by lovely harmonies to the Moon from Venus, Jupiter and Neptune. The last two aspects will be exact between 3:30 and 4:30 PM ET, setting the tone for a potentially enchanted evening. On Monday, Moon goes void at 1:25 PM ET until 6:29 PM ET. Chill and roll with any twists or flakes that may interfere with your efforts to move forward in a straight line.

Once Moon moves into Sagittarius, see if you notice the fiery lift, as boundaries seek to be pushed and opinions seek to be righteously expressed. Emotions will be on the rise, suggested by the Full Moon in Sag at 10:19 AM ET on TUESDAY. If you have a planet or angle around 8 degrees of Sag, Gemini, Virgo or Pisces, you’re likely feeling the push for expression more than most. Let the record show that in the Full Moon chart set in Washington DC, we see Uranus on the Midheaven — and square to the 0 degree Aquarius Sun of P45’s inaugural chart. Think upsets and chaos for all the world to see.

If you would like to receive these posts about the astonishing synchronicity of planetary patterns and daily headlines — a.k.a., astrology for news junkies, you can have them delivered to your emailbox by filling out this form.

I promised you stories of thought and speech making news, with Mercury engaged with a plethora of players, aided and abetted by an athletic harmony between Sun and Mars. OK?

P45’s  on-again, off-again June 12th summit with North Korea is on again — and no one should be surprised. As noted here before, that week looks like a banner one for P45 — and no tantrum calling the whole show off is likely to derail it. However, in keeping with the “Mercury in focus” theme of last week’s patterns, let the record show that P45’s letter to Kim Jong-un — riddled with grammatical errors and other tortured forms of English — was corrected by a retired school teacher and mailed back to the White House. [Correction: P45’s letter to Kim was not corrected and sent back by a schoolteacher, but by most of the Free World. The teacher corrected and sent back a letter that was addressed to her. Apologies for any confusion.)

Meanwhile, we had an exact Jupiter-Neptune trine on Friday, suggesting matters of faith  and scandal would be in headlines. Add in Saturday’s exact opposition to Venus in Cancer from Saturn in Capricorn, and what did we get? Saturn-Venus aspects can be mean-spirited in matters related to women, money, art and social expression. But they also can reflect women stepping up and seizing authority. Thus, in Ireland we see a landslide victory for women taking on the patriarchal controls of the Catholic church: abortion is no longer illegal.  I wish I had time to look at Ireland’s horoscope. Elsewhere, Harvey Weinstein was arrested on charges of rape — and it was gratifying to see him led in handcuffs by a woman cop.

But about that mean-spirited potential of Saturn opposing Venus:  “The U.S. Lost Track of 1475 Immigrant Children Last Year.” and  “ACLU Report: Detained Immigrant Children Subjected to Widespread Abuse”  . Against that cruel backdrop, the internets are outraged over a warm and fuzzy photo posted by Ivanka cuddling her two-year-old son.

Last, but not least, a PSA. Have you rebooted your router yet? Do it now, says the FBI. Your router may be infected.

Stay tuned for more news…and thank you for reading this forecast. I will be heading back to New York on June 1st —  and would be delighted to discuss your horoscope. Here’s how to contact me. 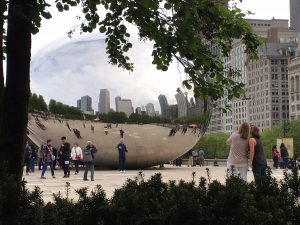