Late post, as I’ve been working on my next column for Mountain Astrologer, due tomorrow. Fun! As for what’s left of today — it’s gone now, but it was driven by the Moon in opinionated Sagittarius, seeking to push boundaries. How did you expand your horizons? I did by learning about Lizzo and Elizabeth Wurtzel, whose horoscopes I’m writing about for TMA. Fascinating!

Today’s biggest shift happened at 9:55 AM ET, when the Sun left Capricorn for Aquarius a.k.a. the Water Bearer. Aquarius is an airy/mental, fixed/organizing energy. Keywords for Aquarius include innovation, eccentricity, friendship, humanitarian, unconventional, rocket scientist and/or mad genius. If you were born with the Sun in Aquarius, you have the energy to innovate and intellectualize with others. If your Moon is in Aquarius, you need to be socially significant — and dare I say appreciated for it. You probably need to be unusual, too.

At 2:47 PM ET, the Moon met up with Mars, planet of assertion and aggression. Was there a righteous confrontation in your neck of the woods around that time? I was happy to see that the big gun rally in Richmond, Virginia was scheduled to end before then. We can appreciate why the idealization of all things symbolized by Mars is likely to gain traction over the next seven days. Why? Because on January 28th, Mars will make a challenging contact (a square) with Neptune. Watch for stories of sex and scandal, fanaticism and other razzle-dazzle ’em events — and maybe some magical healing, too. I hope there’s an awards show happening, as that would be an appropriate channel.

At11:46 PM ET the Moon squares Neptune and then goes void for the next 24 hours. Some enchanted evening? Music to soothe the savage breast? Chill during the long void. Here’s how the rest of the week goes:

The cover story on the NYT Sunday Magazine is called “The Fog of Rudy” — as in Rudy Giuliani. Just for fun, I read it with a highlighter, marking all the adjectives I’ve used to describe patterns in his horoscope over the years — and in the current issue of Mountain Astrologer. “Bizarre and reckless (Uranus conjunct Sun)…comically grandiose (Moon conjunct Jupiter in Leo)…mythic (Neptune on the Ascendant)…compulsive need to make a spectacle of himself (Ascendant and Midheaven at the Aries Point)” And so on. Astrology is amazing!

Also in the Sunday mag —“The Sex Choreographer” —  an apt reflection of last week’s Venus sextile Uranus, suggesting a scientific and humanitarian approach in relationship.

Meanwhile, Friday’s square between Mercury (how we need to think and communicate) and Uranus (in a disruptive or unconventional manner) was reflected in a snide remark on the part of a P45 family member making headlines. This,  of course is not a surprise, but the family member was mocking Joe Biden’s unconventional speech patterns (he occasionally stutters). Uranus refers to aviation, right? Enter Captain “Sully” Sullenberger, who miraculously landed a plane on the Hudson River some years back. He wrote an op-ed in the NYT about how he was a stutterer when he was a boy, too — and put that snide P45 associate in its proper place. Oh — and Sully used to sing in a choir (recalling last week’s post about the Sabian Symbols.

In other news, the NYT made an endorsement of not one, but two Democratic candidates running for president: Elizabeth Warren and Amy Klobuchar. In other words, they chose one candidate that best represents the seed-planting potential of the Lean, Mean Meet-Up of Saturn-Pluto in Capricorn, and that was Klobuchar.  She’s more conservative than Warren. Elizabeth Warren arguably represents the seed-planting opportunity of the Jupiter-Saturn conjunction at 0 Aquarius, happening on December 21st. Aquarius is definitely up for disrupting the status quo, with liberty and Medicare for all.

Last news item — just because it’s amazing and hot off the press: “A newly-discovered part of our immune system could be used to treat all cancers, scientists say.” Oh, wouldn’t that be loverly?

Thank you for reading this forecast. Here’s the 411 on consultations, if you’d like to know what’s going on in your horoscope (and who doesn’t). If you’re interested in attending the absolute best astrology conference in the country at the end of March, email me. I’m teaching two of classes in this four day conference.  It’s a single-track thing and it’s for serious students and practitioners only. There are a handful of spots available. 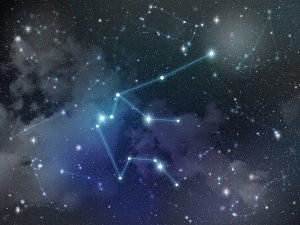