It’s Saturday and we made it through the week. Huzzah!

The Sun ditched Libra and entered Scorpio at 12:51 AM ET. This is an improvement, as the Sun functions with greater efficiency in Libra.  But dear, dear, Scorpio, Utah is calling and wants to know why you’re at the bottom of this very important list!  Are you really going to let Leos lord it over you?

Meanwhile… Moon entered Gemini at 3:57 AM ET, buzzing around for the latest news — possibly without much direction, until around 6:11 PM ET when Gemini’s multitasking energy is stabilized by a trine with Saturn. Whatever plan is consolidated, perhaps on…

The Gemini Moon goes void at 10:10 AM ET on Monday, so your morning routine may come with a flake or a twist. Roll with it — and don’t make a mountain out of a molehill. At 5 PM ET, Moon enters Cancer, ready to focus on matters of emotional, homeland, and family security. That’s really when the workweek begins.

The Full Moon in Aries, combined with Friday’s squares between macho Mars, Eris, and Pluto suggested explosive energy in the extremes. More than one acquaintance reported incidents of seemingly random violence in their own personal worlds, resulting in the senseless death of a friend or family member — I kid you not. One such incident happened on a movie set, as you may have heard. Alec Baldwin fired a “prop” gun (he’d been told it was safe) and accidentally killed cinematographer Halyna Hutchins. Horrible and heartbreaking — though perhaps not so “random,” when you look at the horoscope for that moment in time: just before 1:50 PM around Santa Fe, NM on 10/21/2021.

This is what astrologers do: we search for patterns that enable us to see order and timeliness to help us make sense of ourselves and events in our lives, including events that seem too awful to bear.  There are certain patterns we expect to see in a chart for an explosive situation, and this situation is no exception. Maybe we can learn from these repeated patterns, and make more prudent choices.

If you are a professional astrologer or a student, you’ve already calculated the chart for the data above.  You KNOW you are going to find heavy planets on or square the angles of this chart (i.e., the Ascendant and Midheaven). And here we have Pluto right on the Ascendant, exactly squared by Mars (guns). The Taurus Moon is conjunct Uranus (shocks); both are on the IC (the cusp of the 4th house, and also an angle), representing the root of the situation.

But is this chart connected to patterns in the horoscopes of the individuals most affected? We expect that the answer will be yes. We don’t have birth data for anyone except Baldwin — but even without a birth time, we can see in his horoscope the potential for explosive events. His Mars at 12 or 13 Aquarius was likely within minutes of an exact square from transiting Moon and Uranus, triggering potential erratic outbursts of energy that could be accidental. Baldwin’s horoscope is inherently volatile, as his natal Mars is opposed by Uranus at 7 Leo. Avid Readers may recall that Saturn just turned direct at 7 Aquarius — opposite Baldwin’s Uranus. So we see the potential for heavy reality and loss impacting a regal and showy display of independence.

Next year, Saturn will square his Mars, and transiting Neptune will square his Saturn. This may be a frustrating and surreal period. It has since been reported that there were other incidents involving potential recklessness with guns on that movie set. Some union crew members walked off the set that morning, in protest of harsh working conditions (long hours, delayed checks, and miserable commute during a Mercury retrograde square Pluto). Baldwin is one of the producers of the low-budget film.

In the grand scheme of things, we could see this incident as a reflection of the surreal Mars-Neptune square in the U.S. horoscope, and our country’s glamorization of cowboys, soldiers, crusaders, cars, and guns. Avid Readers know that our idealism is even more surreal now, as transiting Neptune opposes the US Neptune in Virgo and squares its Mars in Gemini in 2021 and 2022. We were under a similar spell in 1980 and 1981, when mythic cowboy Ronald Reagan was elected President. Astrology is amazing.

Here’s another example of Mars-Uranus patterns “coinciding” with an accident — active a few months ago, when Kyrsten Sinema broke her foot in a marathon.

Keep in mind that in any given day there are multiple moments in time with explosive patterns on the angles of the chart, and obviously each moment does not produce an accidental homicide. But I would not consciously elect such a moment to do something that required diplomacy and stability. Last Sunday, for example, the chair of a committee on which I serve scheduled a meeting with Uranus on the Ascendant, Pluto and Eris in hard contact with the Midheaven, Mercury stationary direct, and the Moon conjunct Neptune. Not surprisingly,  three people for whom the meeting had been specifically scheduled did not show up (because the chair “neglected” to send the meeting invite until three hours before it started), and another person who shouldn’t have been invited launched into a list of grievances that hijacked the discussion until she abruptly signed off. I wasn’t surprised by any of it — but had it been up to me, I would not have chosen that date and time! Astrology is a very good thing to know about. Use it as a tool to live life better.

UPDATE: on the former guy, who did make noise –as anticipated –with an announcement of a new social media network called Truth Social — or Pravda  Social, for those who speak Russian. Heather Cox Richardson has all the details, which were written when the Moon was in Taurus. Note that the reigning need of Moon in Taurus is to build, build, build –for the sake of establishing material comfort and security. Taurus doesn’t rush, and it is stubborn. So when you read HCR’s post that was written on a Taurus Moon, note how it reflects that lunar energy. Also note that on the following day, HCR explained that the former guy’s media company doesn’t have to DO ANYTHING in order for it to make money for its investors. True to the potential of transiting Neptune hitting TFG’s Sun and Moon (not to mention the magical thinking potential of his Mercury-Neptune square), TFG has announced the formation of a scheme.

UPDATE: on Liz Cheney, who has transiting Saturn squaring her Taurus Ascendant, suggesting any or all of these potentials: taking on a mantel of responsibility and authority; separation and/or loss in profession and/or love received. This week she continued to deliver reality checks to her Republican colleagues, calling out specific (and outrageous) lies. She urged them to find Stephen K. Bannon in contempt for his defiance of a Congressional subpoena, but only eight did. Her candor may be seen as an expression of her Moon at the verrrrry end of Sagittarius, which needs to earn respect for its opinions, however boundary-pushing they may be.

Finally, a tip of the hat to Senator Angus King (I-ME), whose horoscope (3/31/44 in Alexandria, VA) was affected 1) by Mercury stationing directly opposite his 10 Aries Sun; and 2) transiting Pluto squaring his Mercury at 24 Aries. We would expect that he would make a persuasive argument this week, and he did — in a speech urging his Senate colleagues to begin debate on the Freedom to Vote Act — another video worth watching, if you ask me. King reminds us that democracy is the exception — not the rule — in world governments. Democracies do not fail because of some external pressure, he says, but from corruption within. Those democratically elected to their positions decide they like their positions of power, and they manipulate the system to preserve their status quo, as King explains at about 13:50 into the video.

King’s speech made me think of the co-op board in my building. Our by-laws provide for annual elections, but if a board member resigns earlier than several weeks before an election, the board has the authority to simply appoint a replacement — without notifying residents that a seat is available. That’s a clever way to preserve power, isn’t it? Several years ago, a board member was scheduled to close on the sale of his apartment just after the annual election. Did he resign because he was moving? Nope. All seven members of the board ran for re-election, and with no “official” open seat, no one ran against them. It is a well-known fact that it is difficult to defeat an incumbent.

When asked about the situation at the annual shareholders meeting, residents were told that it wasn’t a certainty that the sale would actually close, so there was no need to announce an open seat. Of course, the sale did close (because obviously), and the board appointed a replacement — without telling the rest of the building until after the fact, as usual.

The tendency — in democracies — is for citizens/residents to carry on, trusting that representatives are good stewards— and then one day they see red splotches of paint on the magnificent maples in their courtyard and learn that that the representatives have ordered the trees to be cut down — and they didn’t even bother to tell you. (Longtime Avid Readers know this story — and yes, the maple trees were saved).

In every democratic institution, it can be exhausting to hold the feet of elected representatives to the fire. It’s so much easier to let a designated authority figure make all the rules, just like when we were children. But if we do not remain vigilant and engaged in the democratic process, Bill Maher’s predictions about the outcome of the 2024 election may be realized, reflecting one potential of the patterns in the U.S. horoscope between now and then. Here is Maher’s horoscope, with its fascinating Grand Cross. With transiting Uranus square his Mercury, his messages need to be more intense and disruptive than usual right now.  It will be interesting to see how he responds when Pluto conjoins his 0 Aquarius Sun and squares his 2 Taurus Moon (and more) in the spring of 2023 until the end of 2024.

In closing, last night Stephen Colbert offered the perfect catharsis for all looking for a constructive outlet for the aggression and action demanded by this week’s intense Sun-Mars-Eris-Pluto patterns: use a power drill to carve your Halloween pumpkin. I’m still howling!

Here’s the 411 on personal consultations. Many thanks to the elite few who gifted my Cosmic Tip Jar last week. Your energetic appreciation for the work I put into this forecast means the world to me, and that appreciation includes the eloquent note from Avid Reader Carole, who deemed me as  “a sensible woman with a lemon twist of humor.” Carole, you are just the bee’s knees…bless your heart. 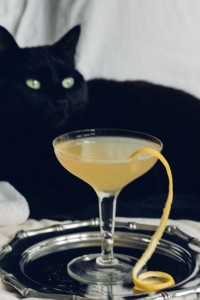