Apologies for the late forecast. The weekend’s Empowered Astrology Conference was all-consuming and a great success! This is an annual event, so if you missed it this year, you can catch it next year (with a whole new slate of lectures). We’ll be gathering in person on February 17-21, 2022, just outside Washington, DC.  Stay tuned for further details.

This is the last week of the Sun in Pisces,  i.e., the end of the astrological year. On Saturday a new cycle begins when the Sun leaves Pisces for Aries.  Some people may experience the last days of Pisces as if it really is THE END — and thus conclude that this is Not A Good Thing. Sun in Pisces feels so darn much, and all that wallowing in empathy and suffering may seem overwhelming and hopeless. We are likely to see a few headlines this week of some who failed to pass the test of the Pisces upside, which is faith. Without faith, it is impossible to believe that there’s a new dawn just around the corner. But there is.

As it says in the Messiah’s Handbook,

What the caterpillar calls the end of the world, the master calls a butterfly.

It is appropriate for some things to end at this time. Yes, that means you, oil and gas industry lobbyists, who may be freaking out over Deb Haaland’s confirmation as Secretary of the Interior (and the first Native American to serve as a Cabinet Secretary). Resistance is futile — and hey — life might be even better with wings!

This week’s planetary patterns mark the end…and also the beginning.

Yesterday at 6:26 PM ET, Mercury (how we need to think and communicate) left Aquarius, where it’s been since January 9th. The airy, mental mindset has been replaced by Mercury is in Pisces, suggesting that how we need to think and communicate may be more intuitive, less rational — and sometimes even non-verbal. Watch the headlines for reports of people going with the flow. We’ll hear stories that spark empathy and an awareness of suffering, with words expressed and actions taken — not because it was rational or scientific, but because it felt like the right thing to do. This can be a productive period for creative types seeking inspiration. Mercury will be in Pisces until April 3rd.

As for the week:

Wow, did last week’s conjunction between the Sun and Neptune in Pisces spell relief in the headlines? It should have, as Neptune can certainly represent a savior, a healer and a visionary. Mix those two with Venus, and it was a dream come true for millions (or, in some of these, for just one or two):

…and that’s a wrap for now.

Thank you for reading this forecast. The Cosmic Tip Jar is always open for Avid Readers wishing to offer Joyful Random and Faithful Monthly Expressions of Appreciation, with gratitude for your support. 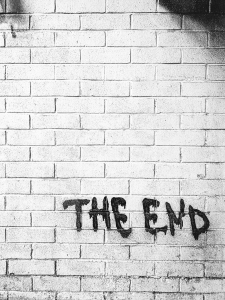