Tag Archive for: mars conjunct jupiter in aries may 2022 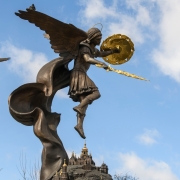 Moon is still in Taurus on this long Memorial Day weekend. Here’s the recap of what we can expect:

A pause, while we look at the New Moon chart, set in Washington, D.C.: 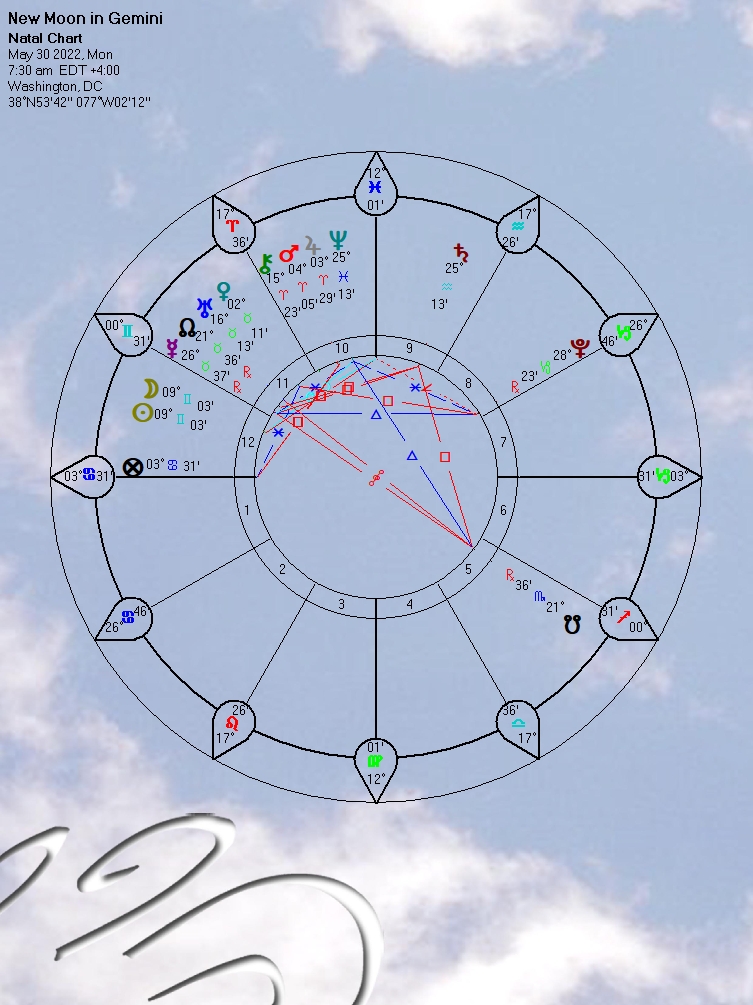 Everyone can see how the horrible school shooting in Texas on Tuesday was an apt reflection of the potential of that day’s planetary patterns: Mars and Moon leaving Pisces for Aries, demanding prominence at the Aries Point, made bigger by their conjunction with Jupiter in Aries, and made more emotionally extreme by Venus square Pluto. Right? This is all we’ve been talking about since then: guns, aggression, macho men — all related to Mars in Aries. It’s what journalist and fellow astrologer Whitney Fishburn and I talked about in Episode 8 of “Off the Charts: A Stellar Newscast,” which we recorded Tuesday night — then re-recorded on Wednesday (because it was so upsetting to talk about on Tuesday, even with our astro-logical perspective). Your comments most welcome.

A few things we did not mention:

I told you Ted Cruz would be all over the news, as he always is whenever there’s a planet at 0 degrees of Aries, Cancer, Libra, and Capricorn (collectively known as the attention-grabbing Aries Point). I’d forgotten that Texas gubernatorial candidate and courageous human being Beto O’Rourke also has planets at the Aries Point, and he, too, made big news by challenging Governor Greg Abbott at a press conference. Did you see this photograph?  Then he spoke at a protest demonstration outside the NRA convention.

Other headlines reflecting the expansive heat/aggression potential of Mars conjunct Jupiter in Aries:

There were things that happened before Mars entered Aries on Tuesday. The week before that, Mars met up with Neptune in Pisces, suggesting sex scandals, seduction, religious zeal and/or the surreal:

Meanwhile,  Jupiter refers to publishing.  Together with Mars in Aries, note how this was reflected in The Onion’s coverage of the Texas school massacre.  Not to be outdone by The Onion, here’s the cover page  of the NYT’s  Week in Review.  Over at The Guardian, several famous men were asked to recommend their favorite books by women authors. None recommended Judy Blume’s Are You There, God? It’s Me, Margaret.

What are you reading for fun? I just finished “Freezing Order” by Bill Browder. It’s the sequel to his first non-fiction thriller, “Red Notice,“which I read soon after it was published in 2015. I mentioned Browder in this forecast in 2017 (when he testified before Congress) and briefly discussed his horoscope in 2018. Browder is the Mars-in-Aries spark whose unflagging efforts led to the passage of the Magnitsky Act in 2012, which bars Russians suspected of human rights abuses from entering the U.S., denies them access to U.S. banks and freezes their assets. Since 2012, the Magnitsky Act has been expanded and adopted in other countries, too. “Freezing Order” is a harrowing account of what it took to actually enforce the Magnitsky Act once it was passed. I am in awe of Browder’s courage and (Sun-Jupiter in Taurus) stubborn perseverance. His books offer a helpful perspective for understanding current events in the Western world stage. Highly, highly recommended.

If you’re wondering how all these planetary patterns are reflected in your own personal horoscope, let’s schedule a consultation. Here’s the 411.

The photos in these forecasts are properly licensed and made possible by the generous support of Avid Readers like yourself, through the magic of my world-famous Cosmic Tip Jar.

Thank you for reading this forecast – -and sharing it with your friends. 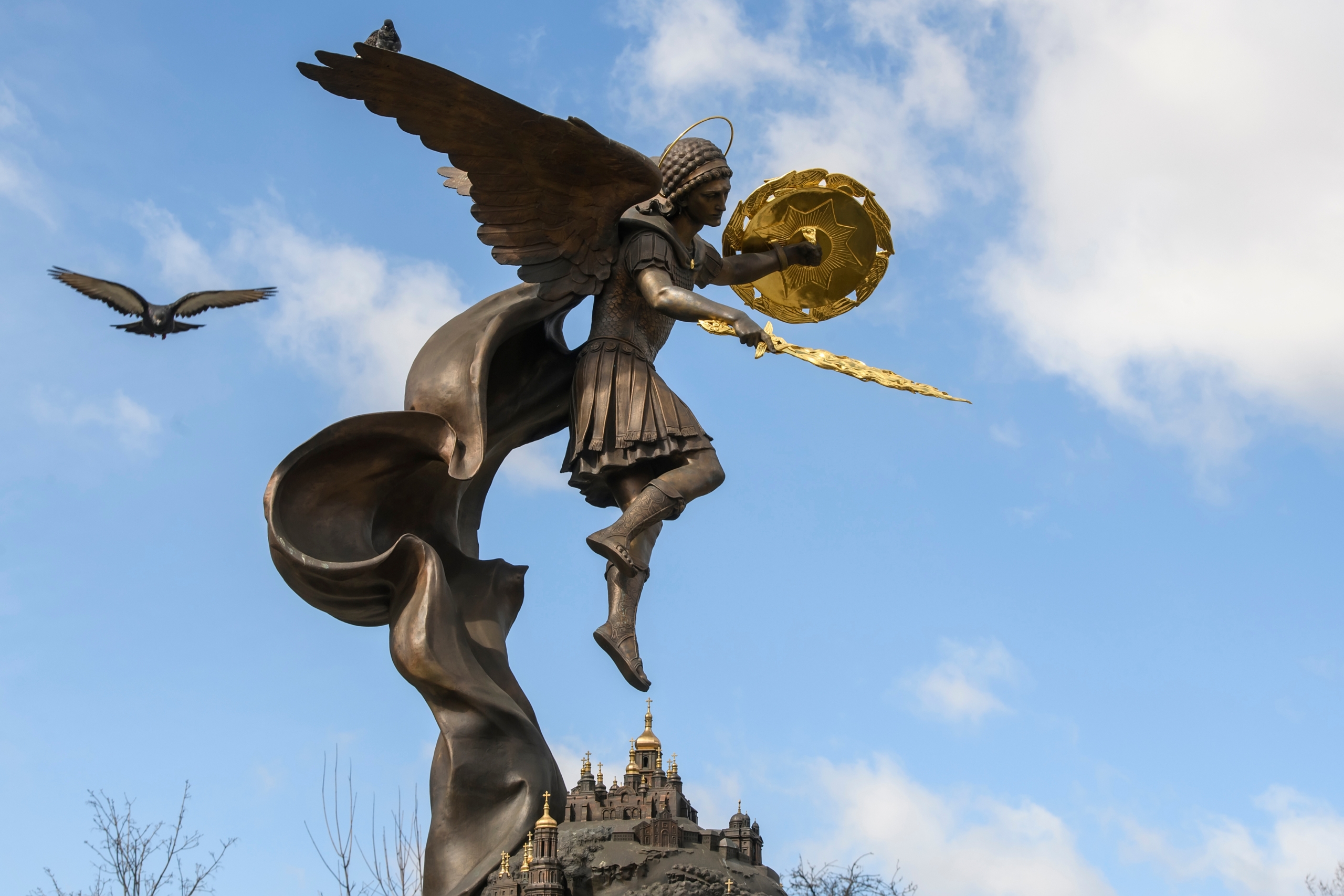 Sculpture of Saint Michael the Archangel, guardian of Kyiv in Volodymyr Hill park in Kyiv, Ukraine — taken in March 2022. Archangel Michael is associated with Aldebaran, the Fixed Star that is conjunct the Gemini New Moon. Let the pigeon represent the “aeroplane falling,” i.e., the New Moon’s Sabian Symbol.