How heavy was your Sunday, in the wake of its perfection-seeking Virgo Full Moon? Whatever illumination and/release you experienced may have been colored by a tough aspect between Mercury (the way we need to think) and Saturn (tough love), exact yesterday morning. Saturn weighed in again last night when it challenged the Moon at 8:25 PM ET. Who rained on your parade? Demanded you get real?

The Full Moon occurred at 10:54 AM ET at 22 degrees of Virgo, opposing the Pisces Sun. Compared to the expansive (to infinity and beyond!) potential of the New Moon on February 26th, this Full Moon is about contraction and boundaries, suggested by Saturn (the ambitious patriarch), in a challenging pattern to the Sun and Moon. The Sun-Saturn challenge will be exact on March 17th, around the time P45 will allegedly present a budget proposal to Congress. Expect cuts, cuts and more cuts, wrapped in fiery me-me-me idealism. I actually wrote that paragraph last Thursday. Here’s what just hit the headlines at the Washington Post as I am now typing on Sunday night:  “Trump  Budget to Seek  Historic Contraction of Federal Workforce.”  Didn’t I just type “contraction?” Astrology is amazing.

This Full Moon affects all the newsmakers who have key planets around 22 degrees of Gemini, Sagittarius, Virgo and Pisces. I expect we’ll see advancement on stories that made news in the days after September 16th and December 13th of last year. In the horoscope of the United States, this Full Moon falls exactly on Neptune, no doubt offering illumination and opportunities to release our collective American Dream, discussed years ago here. This Full Moon also squares the U.S. Mars at 20 Gemini. Mars refers to the military, among other things.

I’m writing this before 10PM ET on Sunday, wondering what kind of brain fart or ill-fated communication may hit the headlines oh-so-soon. In half an hour the Virgo Moon faces off against Mercury at the end of impressionable Pisces, along with the Fixed Star Scheat. This star is associated with shipwrecks, and it will be together with Mercury until Tuesday.

Any planet close to the end of Pisces is susceptible to a bit of despair, because the end of Pisces is the end of the zodiac, thank you very much goodbye. But take heart, dear Reader, because at 5:08 PM ET on MONDAY, Mercury (how we think/communication) is born anew as it charges into Aries — with prominence! Who wants to reinvent the wheel without considering where the cart might be headed?

Which brings us to where I usually begin this Sneak Peek at the Week forecast, which is to tell you that MONDAY is driven by the Moon in people-pleasing, conflict averse Libra, seeking to find a balance as it swings from side to side. TUESDAY the balance is likely to be upset by the Moon’s weekly clash with Pluto, Jupiter and Uranus around 2 PM, 6PM and 9PM respectively. Do your sweet-talking in the early part of the day.

Moon will be void between 6:05 AM and 11:11 AM ET on WEDNESDAY before plunging into the murky depths of control-seeking Scorpio. A desire for depth and substance cruises without interference until 7:38 PM ET, when Moon makes a stubborn clash with Mars. Would you like to have “But I had the right-of-way” inscribed on your tombstone? Let cooler heads prevail.

There is only one exact aspect on THURSDAY, and this is a harmony between foggy Neptune and the Scorpio Moon at 11:25 AM ET. Right about then would be the time to announce the hard, cold cuts or other serious advance, as the Moon-Neptune thing softens the edges.  St. Patrick’s Day is really no time for a parade, with the Scorpio Moon still in force, along with the authoritative constraints suggested by a challenge between the Sun and Saturn at 5:47 PM ET. Drown your sorrows at the bar in the hours after 5:56 PM ET, when the Moon will be void until 11 PM ET. Hang in there through SATURDAY and SUNDAY, when the Moon will be in randy Sagittarius, pushing the boundaries of opinion and possibly good taste.

We’ve gotten through a full week of Venus retrograde in Aries. Are you minding your manners? When Venus is retrograde, conventional wisdom argues that satisfaction may be hard to find, especially if it is something being sold. In Washington — true to the potential of the February 26 New Moon — a group of elected representatives locked themselves in a basement with a box of Crayolas and emerged on Monday with their seven-years-in-the-making replacement of the Affordable Care Act. Fun fact: Did you know that 30% of the population thought ACA and Obamacare were two separate health care initiatives? They loved the ACA. They hated Obamacare. Of course people were confused all last year and back into the fall of 2015, given the surreal patterns and cycles.

Anyhoo, with Venus now being retrograde, it’s no surprise so many are not happy with the American Health Care Act, including plenty of conservative pundits and of course, the NYT’s Gail Collins. If you like moving pictures with your news, HBO’s John Oliver explains the AHCA (pronounced as if you are trying to hurl a blob of phlegm out of congested lungs) for you. However, planetary patterns being what they were last week — with action hero Mars first racing through Aries and now bulldozing through Taurus, the bill has already been approved by two House committees.   Still, I’m not convinced the Senate will swallow this pill.

UPDATE: House Speaker Paul Ryan  is leading the charge on the AHCA, and boy is he buzzed (buzz also noted by John Oliver in clip above). His Powerpoint presentation provided endless inspiration for Twitter memes, and his apparent ignorance of how insurance actually works is stunning (must-read article here). Last time we looked at Ryan’s horoscope was in October:

….his people-pleasing, social graces-focused Libra Moon has been under intense pressure from transiting Uranus since late spring. He announced he would no longer defend his party’s nominee for president. People pleaser that he is, he has not withdrawn his formal endorsement. Keep an eye on the Speaker, especially in April/May, when Uranus will complete the cycle involving Ryan’s Moon. The Speaker has been discussed many times in this forecast, going back to 2012:   here (this is an in-depth analysis)   here  here   and  here

With April fast approaching, we can expect much more from Speaker Ryan. From an astrological perspective, his Neptune exactly on the Ascendant suggests that what he presents — visionary and sugar-coated as it may be — is likely not what it seems. Rudy Giuliani has Neptune on the Ascendant. So does Bill Clinton (along with Mars).

UPDATE: Bernie Sanders. He’s been getting a lot of press lately — more than usual — have you noticed? If you’ve been reading this forecast, you are not surprised, given the observations made here last fall — and also in 2015.  Here he is today — front and center in the Guardian, leading the charge against P45. “Despair is not an option,” he says, and of course he would, with zero planets in Pisces and three planets in “achieve the impossible” Aries. I predict he will become even more supercharged  between now and 2020, as persuasive Pluto moves in on Sanders’ Moon, Mars and Venus.

Meanwhile, U.S. Attorney General Preet Bharara was fired over the weekend, after he refused to tender the resignation demanded from him and 45 other attorneys general. Preet Bharara’s horoscope has rebel Uranus running wild, suggesting a need to make statements like this:

“One hallmark of justice is absolute independence, and that was my touchstone every day that I served”

Right now, the disruption in his career is reflected by transiting  Uranus shaking up his natal opposition between Saturn (structure; ambition) and his Libra Sun-Mercury. He is going to be fine, despite the tough patch suggested by transiting Saturn (contraction) squaring his powerfully resourceful  Jupiter-Pluto conjunction in Virgo. Planetary patterns suggest he’ll be making waves with an electrifying and persuasive power through 2018.

What’s going on in your horoscope? When are you likely to make waves? What about your partner or your children? A consultation with a skilled astrologer offers clarity and confidence. Here’s how to contact me.

In the wake of last week’s patterns between Pluto, Mercury and the Sun, serious news from underground hit the fan, as anticipated. Wikileaks dumped a truckload of info on how the CIA could spy on your Smart TV, etc.; the NYT, WaPo and Rachel Maddow continue to dig up dirt on P45 & company’s Russian connections. This story was especially intriguing: the construction of a luxury hotel in Azerbaijan that has never opened. So why was it built? Meanwhile in Egypt, the colossal statue immortalized in Percy Shelley’s poem “Ozymandias” (remember it from your AP English class?) may have been found.

We interrupt this newsfeed for a joke, brought to you by Venus (women; values) retrograde (not inclined to make nice) in Aries (warrior women):

Q:  How many feminists does it take to screw in a lightbulb?

A: That’s not funny.

Also not funny: an estimated 30,000 military men — mostly Marines — who, having been busted for sharing nude photos of their Marine colleagues with XX chromosomes, continue to ogle, objectify and disrespect said colleagues in secret groups elsewhere on Facebook. Elsewhere, a five-year-old girl has strong words for retailers who aren’t making the kind of clothing she wants to wear. A Congressman wonders out loud why men should have to contribute to the health care costs of pregnant women (and the venerable NYT actually calls him a jackass — go Venus Rx, go!). On International Women’s Day, Paul Ryan (him again) proudly announced that the AccccHCA proposal would defund  Planned Parenthood.

On a happier International Women’s Day note, there’s a new statue on Wall Street, an appropriately-named “Fearless Girl” (Venus in Aries is nothing if not fearless) defiantly staring down the iconic bull. How inspiring (Venus in Aries is nothing if not inspiring). Sad to say, it took less than two days for some jackass (the NYT has deemed “jackass” appropriate language for a mainstream publication) to defile the statue of a little girl by grinding his body against it — captured on film. Social graces out the window, when Venus is retrograde. Wonder why Americans are having less sex?

Ending on a light note, as we always do.  Last Friday the Leo Moon was void between 12 and 5 PM ET. The Leo Moon craves the spotlight. Leo naturally rules the area of the horoscope referring to children, creativity and play. A Moon void suggests an unexpected twist that may run away with the whole day! If you haven’t seen this clip of the BBC’s Serious Interview About South Korea disrupted by the Serious Interviewee’s playful children (one wearing sunny Leo gold!), you simply must. And if we could make a rule that henceforth and forever more, all TV interviews will be crashed by children…well, whaddaya think?

Thank you for reading this forecast and sharing it with your friends. Contributions to my Cosmic Tip Jar are accepted here, with much gratitude. A huge thank you to satisfied clients who have told others about my consulting services. A even bigger thank you to Avid Reader Jerry, who took time out of his busy day to let me know  the Cosmic Tip Jar link wasn’t working, no thanks at all to PayPal :)  Jerry, you are my hero today! There is a big gold DONATE button on the Daily Forecast page of my site that usually works if the above link does not. GRATITUDE! 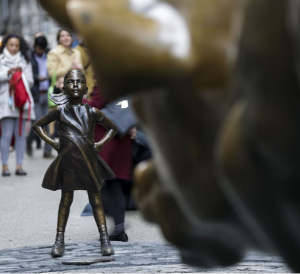