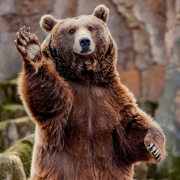 First, an announcement. I’m pleased to be creating a segment for a weekly podcast produced by Avid Reader Alison Woo. Her podcast is called “2022: The Year of Love” (which it really is, as you will recall that The Lovers is the Tarot Card for 2022). Every week Alison does a cool interview with a guest who presents Really Useful Ideas on how to live life better (e.g., feng shui, life coaches, chiropractor care, etc.).  My segment is a “Whether Forecast,” i.e., a roughly 3-minute summary of what we can expect for the week, suggested by planetary patterns. It’s at the end of the weekly interview (if you like to listen to podcasts), or — if you just want the Whether Forecast, the video of that segment can be found here. You can sign up to receive notifications of podcast postings, and if you’d known about this last week, you could have watched the Whether Forecast for this week on Monday, so you wouldn’t be totally in the dark about what to expect.

But wait, there’s more! I was her guest on Episode 4 of “2022: The Year of Love,” and here is the link to that — in which we talk about astrology in general and the outlook for the first few months of 2022.

As for the weekly forecast, here are the driving forces of this Big Week of Action (as Beth Owl’s Daughter’s Tarot Card of the Week affirms):

Here’s how the week went — and goes:

It’s crazy out there. But we expected it, right? Here’s an article from 2006 — written by astrologer Michael Lutin for Vanity Fair. It’s about Pluto in Capricorn, the seven Uranus-Pluto squares of 2012-2015, and the U.S. Pluto Return. Read it and you will appreciate that — crazy or not — we seem to be exactly where we’re supposed to be. We will get through this — and rather than give you a laundry list of headlines today, I suggest you review some of the links above, which explain how we got to this point in time. Then, boogie on down to this uplifting song from my fave Joan Armatrading — because big brown bears are all over the headlines — symbolically and physically, too. Have you heard about Hank the Tank?

Here is Joan Armatrading on bears. Turn up the volume and dance!

Here’s the 411 on personal consultations. We will have a fun and productive discussion together. Here is the link to the Cosmic Tip Jar, where expressions of appreciation are always accepted, with gratitude. 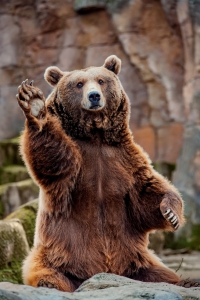