Planetary patterns driving the day are as follows:

A pause, while I share how things unfolded in my own personal world — in sync with planetary patterns and thus not wholly unexpected.  Avid Readers may recall that transiting Mars has just activated the December 4th solar eclipse at 12 Sagittarius. We expected a released of bottlenecked aggression/assertion, including a specific expectation (noted in an earlier forecast) that tension involving the U.S. and Russia (over the latter’s military activity on the Ukraine border) would make news. And in fact, it did — in the form of a phone call requested by Vladimir Putin with President Biden. Both leaders reportedly lobbed warnings at each other, and no tension appears to have been resolved. However, astrology is still amazing.

Meanwhile, in my little town there was an incident involving two men, an argument and a firearm, which led to one of the men being injured and the incident made the local newspaper. This incident was unusual, but certainly reflects the anticipated aggression. Even closer to home, on Thursday night, just as the 29 Scorpio Moon hooked up with the destructive South Node, Windows 10 crashed and locked me out of my computer. Hours of time with Windows tech support could not fix the corrupted OS. Fortunately, all files were recovered — thanks to the most excellent staff at MicroCenter, which is where I was for most of yesterday. I will be spending the next few days getting back up to speed on my new HP Omen with its 17″ screen and keyboard that is backlit with rainbow-colored lights. It came with Windows 11, which does not behave the way Windows 10 did — especially with respect to printers (caveat emptor). Buying a computer on a day with the Moon in Sagittarius and the Sun trine technogeek Uranus was clearly the Thing To Do.  And yes, I do have a planet close to 12 Sagittarius that was activated in recent days by transiting Mars! How do these events compare to what went down in your world? 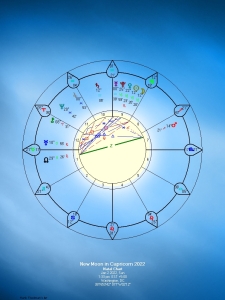 The Sabian Symbol for this New Moon is “a fire worshipper,” which last appeared in this Forecast on the Full Moon of July 2012 — imagine that. Blain Bovee notes that fire is “the active phase of combustion of passion and spirit,” along with some other things here.  I think of flames of desire…which is another expression of willpower, which means the ability to transform what one envisions/desires into manifestation — right? Back in 2012, I went off on a tangent about this Symbol — and since the Moon is void as I type, another tangent feels apt:

Well, OK. What do you desire? Can you articulate it clearly and precisely? I raise this question because it has been brought to my attention via more than one source in recent weeks, and with every source saying the same thing, I will share it with you. Somewhere, years ago — I read in Eckhardt Tolle’s book, The Power of Now…or maybe it was Conversations With God…or maybe it was Illusions, by Richard Bach (all great books about how the world is quick to respond to our words and thoughts,which is how we create our reality on this Big Blue Marble)…and what I read was this: the Universe — or whatever it is that turns our thoughts into reality has an odd way of agreeing with whatever you think or say. If you are thinking, “I am no good; I am not qualified to get that job”, the Universe will find ways to agree with you. If you are thinking horrible thoughts about someone, that person will be more likely to act horribly to you. But if someone has a reputation for acting horribly and you begin thinking of them as “lovely and talented,” for example, you will be more likely to have a positive experience with them.

Eliminating negatives such as “don’t” and “can’t” are also key in manifesting desire.  Thinking, “oh, geez, I don’t want to be late,” when you are trapped in a stalled subway train on your way to an important meeting is less effective than thinking, “somehow I’ll get there on time”.  In fact, consider eliminating the word “want” from your list of wants, as in “I want to be earning more money” or “I want to attract my soulmate”. Why? Because the Universe is likely to agree with your statement…and leave you wanting! This is why affirmations are stated as an “active positive”, as in, “I am attracting my soulmate” or “I am generating more income.” so that the response may be a huge statement of YES, YOU ARE!

This New Moon suggests an opportunity to attend to the fire/visions/desires we may worship. Bovee notes that “worship” means to pay homage; it also suggests devotion. If we aren’t tending to our passions carefully, they may die out or run wild, and in the latter event, we may get burned.  Careful attention — devotional, perhaps — can produce magical results, especially when the beliefs of a collective are behind them.

As for the rest of the week…

We’re looking at headlines since December 24th — the last Saturn-Uranus square. An event with so much astrological buzz darn well better have coincided with big headlines in its aftermath, right?

An almost-exact triple conjunction among Mercury, Venus and Pluto in Capricorn suggested a banner time for investigative reporters and others digging up news from underground.

Jupiter’s ingress into Pisces suggested hopeful news regarding Covid. Avid Readers will recall that Jupiter is very much at home in Pisces, one of the signs it rules (in traditional astrology). When Jupiter was in Aquarius, it was under the eye of Saturn — which is the traditional ruler of Aquarius. In other words, Jupiter’s natural need for expansion was subject to the authoritarian controls of Saturn. Now, Jupiter in Pisces is its own boss. In any case, we are seeing some hopeful news about Omicron. While it continues to spread, it appears to be “milder” — because it doesn’t do so much harm to the lungs, according to this report.  Other reports suggest a peak in the current surge around mid-January — just past the January 11th square between Mars (action; attack) and Neptune (infection; viruses). So…we’ll see.

It’s worth noting that the keyword for Pisces is I BELIEVE. Jupiter in Pisces will expand on that statement, and as it moves closer and closer to its meet-up with Neptune in April, we may anticipate expansion of beliefs that is boundless, sublime or surreal. How will this potential impact airwaves and other channels of information transmission? What will we choose to believe, regardless of what is transmitted?

In other news, an assortment of fiery headlines — in sync with Mars in fiery Sagittarius activating the December 4th eclipse:

I’m sorry to say that the obituaries in recent days include several whose lives on Earth influenced more than one generation:

In honor of the current Venus retrograde, Pope Francis offered sage advice on Boxing Day: the three words that are key to a successful marriage.

Here’s the 411 on personal consultations. Here’s the link to the Cosmic Tip Jar if you would like to support this effort to keep you informed and entertained, with gratitude. 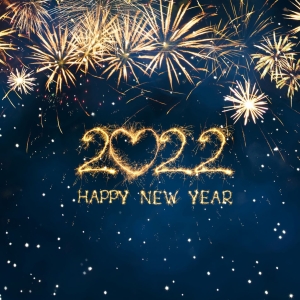