The Moon is void of course in Leo all day. It started at 11:30 PM ET last night and won’t get into gear until it enters Virgo at  10:03 PM ET tonight. A Leo Moon needs incessant love, love, love — along with no small amount of drama. Regal Leo needs to shine — and if they are happy and shining, everyone else gets to shine, too. That’s the upside. The downside? Leo Moon can be a royal pain. I challenge you to play to the upside today. Pay someone a compliment. Chill out over any twists and flakes that may disrupt your efforts to move forward in a straight line. Find an excuse to celebrate someone or something and take a long lunch. I’m playing to the upside tonight with a group of friends and colleagues who are gathering to raise a glass to celebrate the life of Avid Reader Frank (who will surely be smiling down on us as we toast). Cheers!

It’s a busy week in the cosmos. Here’s the line-up:

I just got back from a quick jaunt to Tryon, North Carolina. Meant to post a weekend forecast, but was distracted by heavy heavy storms on the mountain where I was staying. Think floods and mudslides and thank goodness there were no heavy heavy winds to fell too many trees. Power and water were knocked out — though not in the home of my gracious hosts, who had the foresight to put in a well and a generator some years before. We were lucky — others not so lucky, with portions of roads, and houses and landscaping washed away. One woman died. Guess what was going on in the chart for the New Moon, set in Tryon, NC? Neptune — amplified by this slow-moving trine to Jupiter — was exactly square the Ascendant. Neptune suggests floods — and bewilderment.

Just came across another  headline — this one from Bessemer City, an hour’s drive from Tryon — and on the way to the airport in Charlotte.  Yesterday a  62-year-old businessman named Roger Self took his family to lunch, excused himself from the table…and rammed his Jeep into the restaurant, killing two family members. As stories of murder and mayhem go, I found this one especially  bewildering and consistent with the potential in the New Moon chart set in Bessemer City  — and in the chart for the time of the incident: 12:04 PM on May 20, 2018 in Bessemer City, NC.  In the event chart we see Mars, Jupiter, Mercury, Moon and Neptune in touch with the angles of the horoscope.  Planets on the angles of a chart correspond to action in the world.

From the Gaston Gazette, linked at the start of this paragraph:

While many know the 62-year-old Self as a faithful church-going family man who owned a successful private investigation and loss management company, Southeastern Loss Management Inc., friends say he had been battling depression and mental illness that left him almost unrecognizable to those closest to him.

I argue that this story reflects the tragic potential of current planetary patterns.  And there are plenty of other macho upsets and buzz — suggested by last’s week square between Mars (yang, anger, action, war, guns) and rebel Uranus — to report:

But this need for fear and control of a perceived “other” — someone who is “not like us” — is no laughing matter. It is sickening to read that in Montana this weekend, two American women speaking Spanish in a convenience store were detained by a Border Patrol agent demanding to see ID.  Why? Because they were speaking Spanish! There are far too many other examples of insane intolerance of “People Who Are Not Like Us” in the news, e.g, police officers being called to investigate an African-American grad student who fell asleep in a dorm common room at Yale. Putting it in an astrological perspective, current planetary patterns are similar to patterns we had in the early 1930s. Must we repeat this pattern in exactly the same way?  Please don’t make me say “I told you this would happen” two to three years from now.

Which leads to this obvious question:  “Are you registered to vote?” If not, here’s a link you can share with your friends — do show up with them at the polls on November 6th.

We now return to our regularly scheduled forecast.

Planetary patterns over the weekend offered prominent beauty, women and social expression presented with an embrace of the unconventional. And here I would be talking about Saturday’s ingress of Venus (women, beauty, social expression) into Cancer — at the Aries Point...followed by a harmony with Uranus. Nothing says “can’t we all just get along” more than Venus in harmony with Uranus — and what a perfect backdrop it was for the wedding of Meghan Markle to her own Prince Harry.  Swoon! Here are the official portraits of the Duke and Duchess of Sussex. Mazel tov!

Avid Readers may remember the 2017-2019 forecast for the British royal family posted here last August.   The theme was disruption and fresh starts — and so far, we’re right on track, with more to come.

Shall we focus on a few uplifting headlines reflecting the positive potential of planetary patterns?

That’s the latest for now. Today I pack my bags again and head to Chicago tomorrow. I’m excited to be presenting a talk at the United Astrology Conference on Friday. The topic: “So What If You’re Dead? The Horoscope Lives Forever.” If you are planning to be at UAC, I hope to see you on Friday!

Thank you for reading this forecast. If you’d like to know what all of these patterns mean for you personally, here’s how to schedule a consultation. 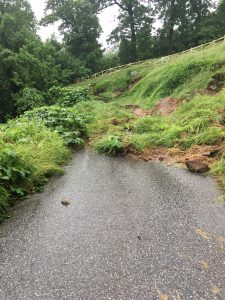