Good Morning — I’ve missed you!  Played catch-up last week after being out of town for several days — a happy problem to have. You? How easily did you roll with any glitches and/or twists you may have experienced when Mercury turned direct last Monday at 4:50PM ET, on an all-day Moon void?

I was on the road  — hardly any traffic at all up I-95. My traveling companions and I were inspired by the Moon void’s wandering energy, so instead of grabbing a bite at a highway rest stop, we got off the beaten track and discovered a gem of a diner in Allentown, NJ called Woody’s Towne Cafe. Stuffed to the gills on veggie omelets and hash browns, we flew up the New Jersey Turnpike to NYC.

Just before 5PM, as Mercury was turning direct, I was dropped off at Secaucus Junction to catch a train to Penn Station. How lucky I was that there was a train just about to leave the station — and I caught it. I was delighted to discover that a connecting train to my final destination was scheduled to leave Penn Station at 5:20PM — I’d have plenty of time to catch that, too. Except that by the time I got to Penn Station, the 5:20PM train had been cancelled — and the next scheduled departure wasn’t for another two hours. “Fire trucks at one of the stations,” they said.   I chilled, but not before almost leaving a bag on the train because I was distracted by a fellow human needing directions. Coincidence or conspiracy?

So that was my Mercury retrograde/Moon void travel adventure, as promised.

Today the Moon — now in Scorpio — will not be void until 7:35PM ET. No sleeping in, not if an energetic meet-up between Moon and Mars at 5:28AM ET has anything to say about it. That and helpful connections among Mercury, Pluto and the Moon before 10AM ET should give voters in the Iowa caucuses a flood of intensely persuasive pitches to consider. Perhaps there will be some extra dirt dug up, too, in the aftermath of the weekend’s meet-up between Mercury and Pluto (Saturday) and clash between Mercury and Uranus (10:41 PM ET on Sunday). In your own personal world, you might engage in a substantive information exchange of your own.

Moon goes void — as noted — at 7:35PM ET, supported by an expansive boost between Moon and Jupiter. Will there be a twist, flake or upset as the ballots are counted? The Moon won’t engage in the next sign — Sagittarius — until 10:50AM ET on TUESDAY (that’s when you can get away with sleeping in).

While there are  no exact aspects on Tuesday, there’s plenty of practical drive to be employed, courtesy of helpful alignments between Mars and Pluto, as well as Sun and Saturn. These are exact on Wednesday. Get to work, and be advised that the Moon will be void between 5:04AM ET and 7:44PM ET on THURSDAY,  That would be a good day to focus on routine concerns and remember that crises which crop up are likely much ado about nothing. After Thursday’s void, when the Moon enters practical, status-seeking Capricorn, you may feel a need to make things happen.

See if you notice an intensification of emotion as Venus (women, money, aesthetics, social expression) meets up with Pluto on Friday at 8:12PM ET. Markets may be volatile. Women may take no prisoners. Venus-Pluto aspects can cut to the quick and/or the chase in relationships, and the scenario this weekend suggests the latter. Venus is super-charged by unconventional Uranus on Saturday at 5:03PM ET, blasting through social norms and challenging you to consider an attraction outside your usual box. Plus the Sun will be in harmony with Uranus, and mental Mercury is likely to reflect plenty of big ideas as it aligns with Jupiter. An argument for experimentation may be furthered by the fact that the Moon will once again be void for an extended time: 10:54AM ET Saturday until12:59AM ET on SUNDAY. Oh — and the Moon will also be at the end of the lunar cycle. The New Moon kicks in on Monday the 8th.

On Sunday, the Moon will be in humanitarian Aquarius, your best friend ever! Meanwhile, the Sun will be challenged by Mars (yang, action) at 7:08AM ET, and three hours later, Mars aligns with Venus (yin, receptivity). These patterns are suitable for a physical workout, for better or for worse. Sounds like a fascinating weekend to search for a date for next Saturday, a.k.a. St. Valentine’s Day. Try it — and no consequences if you don’t like it? Hmmm.

Well, not quite. I have a boatload to cover and I’ve only drafted half of it.  So much wacky buzz with mental Mercury under so much tension for the past two weeks. Will do a round-up in the next forecast. For now I offer this bit of “news from underground”: “German Forester Finds That Trees Have Social Networks, Too”. It’s deep and suitable for a Scorpio Moon. There is so much beauty and intelligence in the world, ours to appreciate if we can just take the time slow down and observe. Is that too idealistic for Scorpio? Maybe not too idealistic for the past few days of Venus in harmony with rose-colored Neptune (it was exact Saturday — hope it colored your world).

May you find time today to appreciate the beauty and intelligence around you…and within you, too. 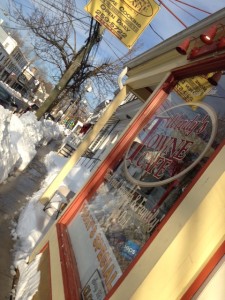