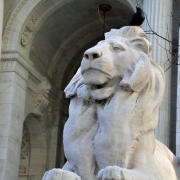 First of all, it seems that many Avid Readers are not aware that I’ve been doing podcasts since February. Check them all out here!!!!

Planetary patterns suggest a slow start to this work week — but it likely ends with a bang. Here are the highlights:

It’s those last three patterns among Mars, North Node and Uranus that suggest the week going out with a bang. The upside potential of this volatile conjunction is liberation. Barring that, we are likely to see headlines involving daring aggression, tech breakthroughs, men behaving recklessly, accidents involving Mars-ruled themes (cars, steel, firepower), disruptions involving aviation, to name a few. Your mission this week is choose your battles carefully and be mindful of your surroundings, especially while in transit. Otherwise, there’s lot of GOOD STUFF going on!

Here is what that chart looks like, set in Washington, D.C.: 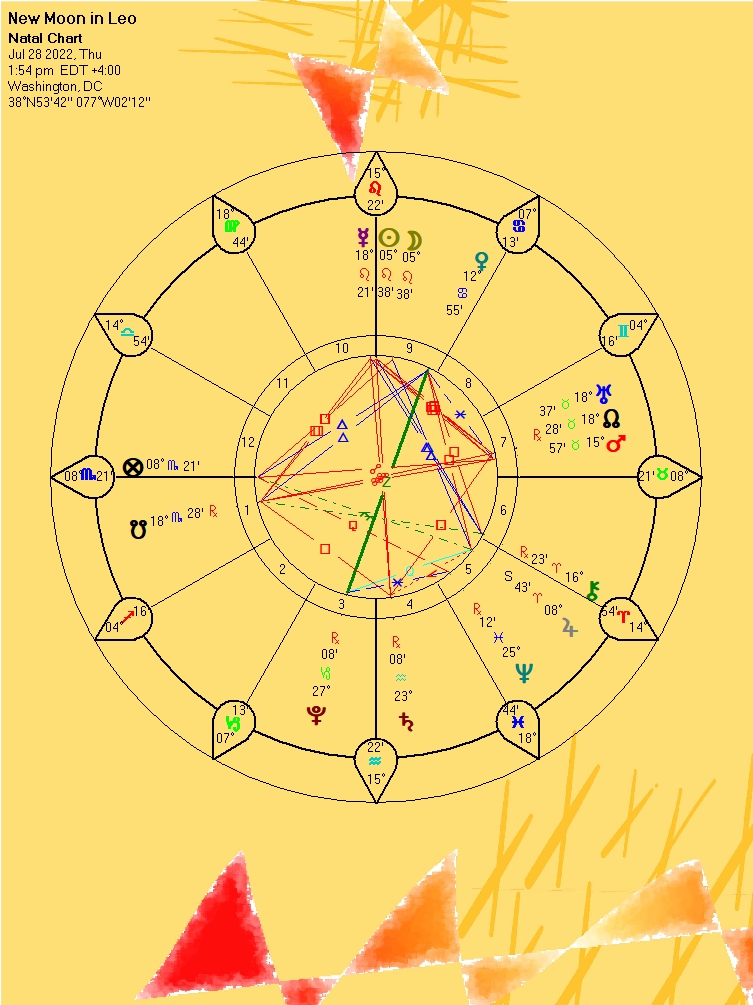 A pause, while we discuss the fact that Jupiter is at its station — about to turn retrograde — in this New Moon chart. Jupiter is trine to the New Moon in Leo. Perhaps this is a clue. A retrograde planet appears to move backwards in the sky from our perspective on Earth. It’s not really moving backwards, but that’s how it seems. Astrologers interpret this apparent retrograde motion as a time to turn inward in matters that relate to the symbolism of that planet and sign.

Jupiter refers to growth and reward. Jupiter is in Aries, which refers to me, myself and I. Perhaps this suggests it is an apt time to turn inward for the love and appreciation we need — instead of seeking it from others. Take your inner child out for a play date.  Watch the movie Groundhog Day for ingenious ideas on how to put this Jupiter retrograde in Aries strategy into action.

Jupiter will be retrograde from July 28th until November 23rd, and with the energy of expansion slowing down and moving backwards, it suggests putting projects intended for maximum growth on the back burner. We are in review mode. Manage expectations accordingly.

Meanwhile…Aries is a fire sign, which means it’s HOT. Jupiter refers to expansion, right? And we noted that Jupiter is slowing down to a virtual standstill. Avid Readers know that a planet about to change direction demands our focus, like someone leaning on the horn of their car. Jupiter has been like a blaring car horn for well over a week. One thing we’ve been focused on is…the heat — as in excessive heat waves all around the world, including fires. Right? (Adding to the sudden expansion of heat would be Mars at 10 Taurus last week, activating the April 30th solar eclipse. Astrology is amazing).

Anyhoo, the Sabian Symbol for this Jupiter retrograde is “a crystal gazer,” and we last wrote about this Symbol in July 2012, when Uranus turned retrograde at 8 Aries. You could look back at the back half of 2012 and see how these words compare with where you are at in 2022. Whatever freedom you gained back then, consider how confident you are now about your hard-earned independence. That’s the focus for you over the next few months — wherever 8 Aries falls in your horoscope.

Someone who looks into a crystal ball is intending to see a vision of the future. So what limits do you need to release internally in order to see that vision clearly — and have a real shot at making that vision come true? Those born with planets around 8 degrees of Aries, Cancer, Libra and Capricorn will be feeling the need for freedom more than most.

Back to the daily Forecast:

Last week, transiting Mars hit 10 Taurus, activating the horoscopes of those affected by the April 30th solar eclipse (at 10 Taurus). We see a potential acceleration in matters regarding the eclipsed planet, in the way that a genie jumps out of a bottle or a curtain falls. Things irrevocably change.

UPDATE: on Ginni Thomas, whose horoscope was last discussed here in 2010. How time flies! Over the weekend it was stated by some on the J6 Committee that Thomas could be subpoenaed if she doesn’t testify voluntarily. With transiting Saturn about to conjoin her Venus around August 8th, I could see how she might soon be feeling squeezed — and again at the end of the year. We can anticipate surprising words and deeds next year, as transiting Uranus activates her soon-to-be-eclipsed Mercury-Mars square (at 15 Aquarius and 16 Taurus) in the early spring.

You know who always has good news? Shirley MacLaine’s ShirleyGram. Check out her latest list of uplifting developments here on Planet Earth.

And here is Beth Owl’s Daughter’s always in sync Tarot Card of the Week.

That’s it. I’m determined to end on a high note, as the Cancer Moon prepares to square Jupiter early Tuesday morning. Have a great week — stay grounded — and here’s the 411 on personal consultations. We will have an excellent discussion together. 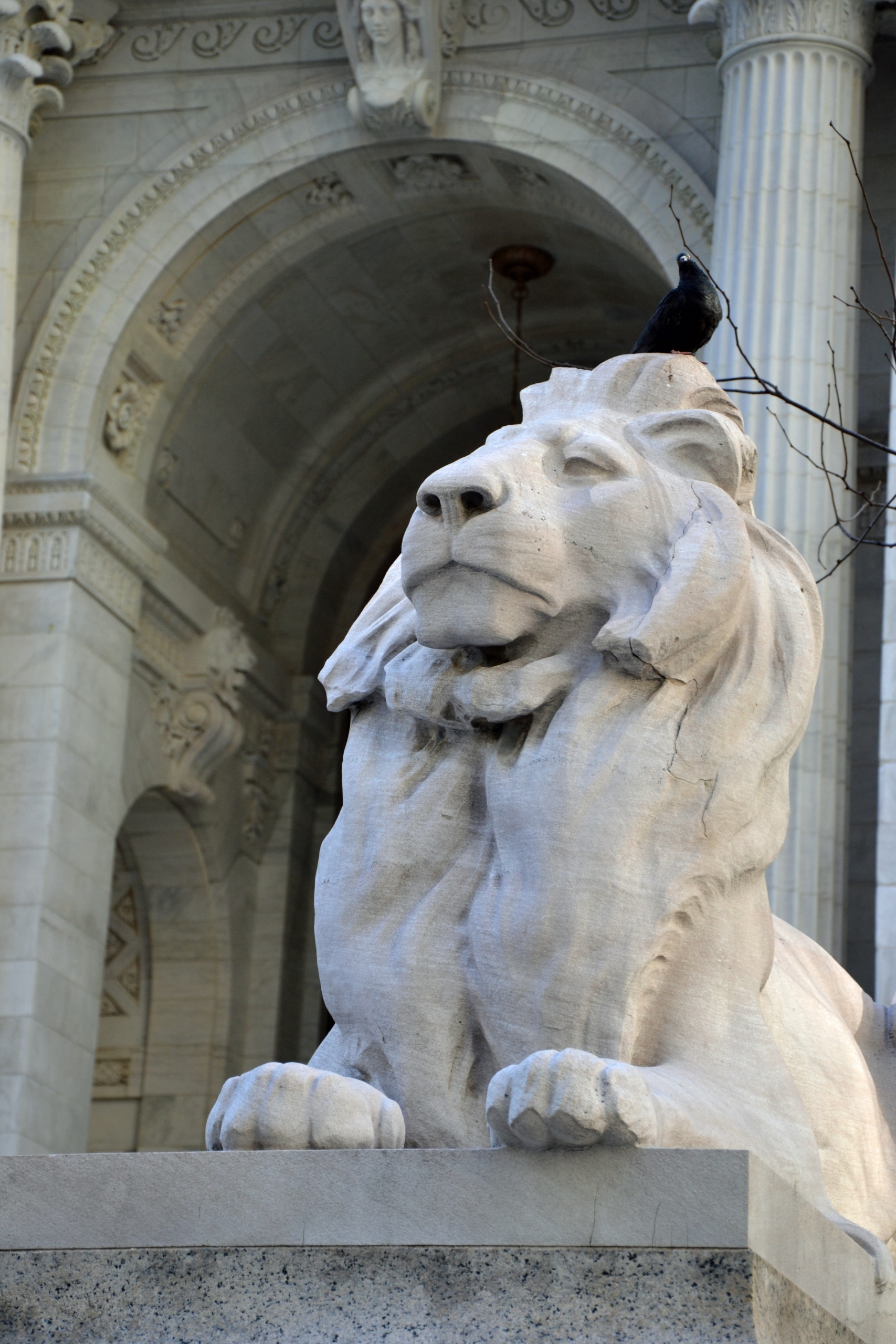