The start of the work week is driven by the Moon in pioneering Aries, dying to get things started and structured. Other than a harmony (sextile) between the Moon and Saturn at 6:16 AM ET, its proactive needs are free and clear — to a certain extent. What cuts and harsh realities might it encounter between now and 3:00 AM ET on …. 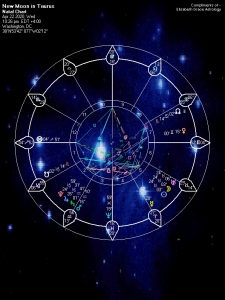 With its Sagittarius Ascendant, the chart is ruled by Jupiter — in a challenged state in Capricorn. Jupiter is sitting in the 2nd House, along with heavy hitters Saturn and Pluto. The 2nd House refers to money, so that’s the focus for the U.S. in this next lunar cycle. You’ll notice at the bottom of the chart sits Neptune, symbol of idealism, fog, vision, deception, oil and viruses. These symbols represent the ground underneath our collective American feet. Meanwhile,  Avid Readers may recall  from the weekend forecast that this is exactly where Neptune is in Joe Biden‘s horoscope; in fact, the angles of this New Moon chart in DC are only one degree off from Biden’s. This New Moon cycle is likely to be of special significance for him.

The ruler of the 10th in this chart represents the leader of the country. Once again it is Mercury (as it was last time), in marginally better shape now that it is in Aries, but squaring Pluto and Jupiter. The Pluto square to Mercury suggests extremes of thought and communication, and Pluto rules the chart’s 12th House — that which is operating behind the scenes and/or the self-undoing. Mercury’s square to Jupiter (the ruler of the chart) suggests that the leader of the country is likely to be more of a challenge than a help.

A New Moon in Taurus needs to establish and maintain material comfort and security. The keywords for Taurus are I HAVE. Moon in Taurus people are more likely than others to be tactile. Famous people with Moon in Taurus include:  Adam Driver, Elizabeth Warren, Mick Jagger, Meryl Streep, Amma (the Hugging Saint)and of course, Joe Biden. The Sabian Symbol for this New Moon is “the rainbow’s pot of gold,” and we last wrote about it on the Full Moon of October 2015.  Blain Bovee notes that this Symbol is

“an image of dreams cast ahead toward the golden allure of a rewarding, rich destination,” but that “chasing after a pot of gold is…futile…since the projected spot where a rainbow touches the earth is an illusion.”

It’s interesting that the New Moon falls in the 5th House of this chart set in Washington, as that House refers to entertainment, creative play and speculative ventures (such as the stock market). Bovee suggests we apply this Symbol “with a mind to the enthusiastic pursuit of reward,” but not being all that attached to getting it. Consider what riches you already carry within you, he seems to suggest. We are sure to see this Symbol played out in the headlines, as the country wrestles with the challenge of getting citizens the resources (rewards) they need — and dream of having — even perhaps at great risk.  Given that the Moon and Sun will next meet up with Uranus, a surprise upset is likely in store, for better or for worse.

While sirens of emergency vehicles continue to stream by my home here in New York City (a.k.a. COVID Central), in other parts of the country people are showing up in scores to protest the horrible burden of being confined to their homes, while protecting themselves and others from spreading a fatal disease scientists are still struggling to understand. Rather than challenge why their country — the wealthiest in the world — isn’t caring for its citizens as others have done — with health care and financial lifelines for all, the protesters want the right to go back to work, not now — but right now — and they’re not at all afraid to stand closely together without protective face masks and gloves.

If you know anything about the U.S. horoscope, you can appreciate this “pull yourself up by your own bootstraps and get to work” attitude as an apt reflection of the U.S. Sun in Cancer being square to the U.S. Saturn. We all have the right to work hard for our daily bread, and someday we might own a bakery. That’s the American Dream. It’s interesting to see these protests breaking out as the current Taurus Sun is about to square Saturn in Aquarius.

Under the heavy potential of this Sun-Saturn square, it was helpful to read Heather Cox Richardson‘s latest post, a reality check explaining how these protests came to be so carefully orchestrated and publicized — and by what entities. These protests also aptly reflect one side of the potential for extremes of mindset suggested by the already stressed-out U.S. Mercury-Pluto opposition.

UPDATE: on P45 — with respect to Pluto being stationary retrograde. This pattern activates two planets and two midpoints in his horoscope. The planets are his Venus-Saturn meet-up in Cancer, reflecting his chilly social expression and need to play the role of patriarch in his family. The midpoints (i.e., the halfway point between two planets) — and how they will be reflected in his behavior for the rest of the year are:

We see these midpoints activated every time he condescends and/or insults a reporter (usually female) at his daily televised blabathons. Yesterday P45 ordered CBS reporter Weijia Jiang to “relax” and “keep your voice down” when she asked him why he spent the month of February holding campaign rallies instead of warning people about COVID-19. If only he’d had the sense to look at planetary patterns on her birthdate:  June 6, 1983!

Jiang is a Gemini with an exact meet-up between her Sun and Mars, driven by the Moon in Aries. This is a fearless warrior. She was born under the last Saturn-Pluto meet-up in Libra and is thus well-equipped to handle the toughest of assignments. This isn’t the first time Jiang has stood up to P45, as I learned in this report from 2018.

Other headlines reflecting the harsh reality of Sun square Saturn:

Add in the focus of Pluto slowing to a stop, and we have:

Yes, these planetary patterns are heavy — and so is the news. Is there anything constructive to report? How about:

If you enjoyed this forecast, please support it, says Avid Reader Diane. Like Lady Gaga, her Venus in Aries makes Avid Reader Diane a fierce champion for noble causes everywhere — and I’m honored to have her in my corner, aikido black belt and all. Today I’m thinking it would be fun to have more than one Avid Reader with a Y chromosome step up to the plate and become a Faithful Monthly Subscriber. Dear Gentlemen who have been reading this forecast since forever or more recently: why should Avid Reader John be the only one?  Why is there only one, one wonders. Don’t men like receiving thank you notes? 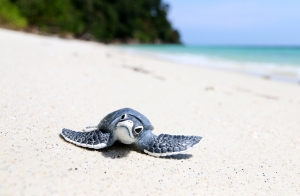