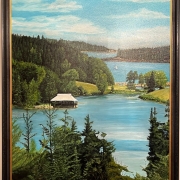 Greetings from the Maine woods, where I’ve escaped for the week. An unintended consequence of my effort to unplug from the internet for a few days is that I completely forgot that today is a federal holiday, honoring (one day later, which is why I forgot), Juneteenth, “the celebration of the announcement on June 19th, 1865, in Texas that enslaved Americans were free,” as historian Heather Cox Richardson explains.   Therefore, my observations in Sunday’s Whether Forecast re: a possible SCOTUS ruling on Roe v. Wade today (Monday) were clearly not going to become reality, no matter how activated the horoscope for the 1973 landmark decision happened to be (today’s Third Quarter Moon at 29 Pisces is right on the chart’s 29 Pisces Ascendant).

Here’s what you need to know about equinoxes and solstices — from an astrological point of view. In the Northern Hemisphere, the first day of Spring, Summer, Fall and Winter corresponds with the start of Aries, Cancer, Libra and Capricorn, respectively. Got that? Good.

If you were born with the Sun in Cancer, you’re here to create and maintain emotional security. Cancer is ruled by the Moon, which changes signs faster than any other celestial body. Moon refers to emotional response. The keywords for Cancer are: I FEEL. If you are a Cancer born between July 17th – 21st my money says you’ve been feeling a lot these days – and some of it may be cathartic and transforming. Maybe you’d like to talk about it with your astrologer?

Here is what the Summer Solstice looks like, set in Washington, D.C. 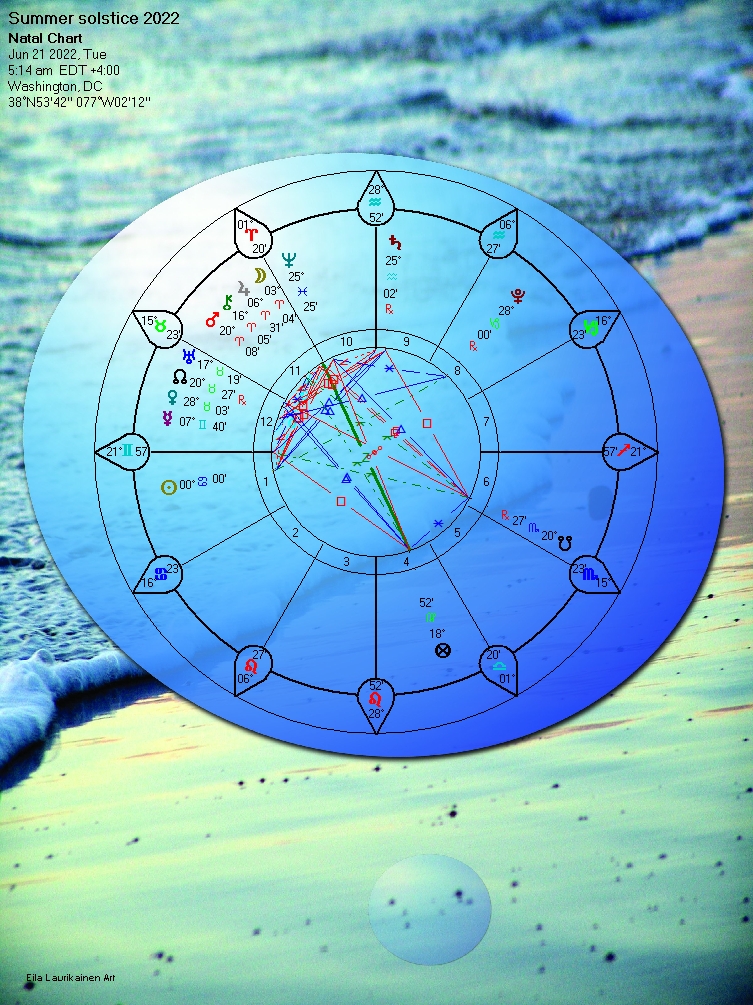 Finally, not only is this week a turning point – marked by the Summer Solstice – but it may be another tipping point. I say this because as you can see, after the Solstice there are no exact aspects among the planets for the rest of the week — other than to the Moon. I don’t know why these apparent breaks in the planetary action coincide with events that seem like the collapse of an ice shelf into the ocean, but that’s what I’ve observed over the years. We live in such interesting times!

We also expected illuminating news involving Governor Gavin Newsom, and we were not disappointed:

On the other hand, Venus-Saturn patterns could simply reflect a mature woman, and with Venus in Taurus, her focus might be on simple pleasures. Toss in a little Neptune for fantasy and healing, and it adds up to an apt time for the release…of Emma Thompson’s latest film, “Good Luck to You, Leo Grande,” now streaming on Hulu.

If consultations aren’t your thing, but you find this forecast worthwhile, here’s the link to the Cosmic Tip Jar, with gratitude. 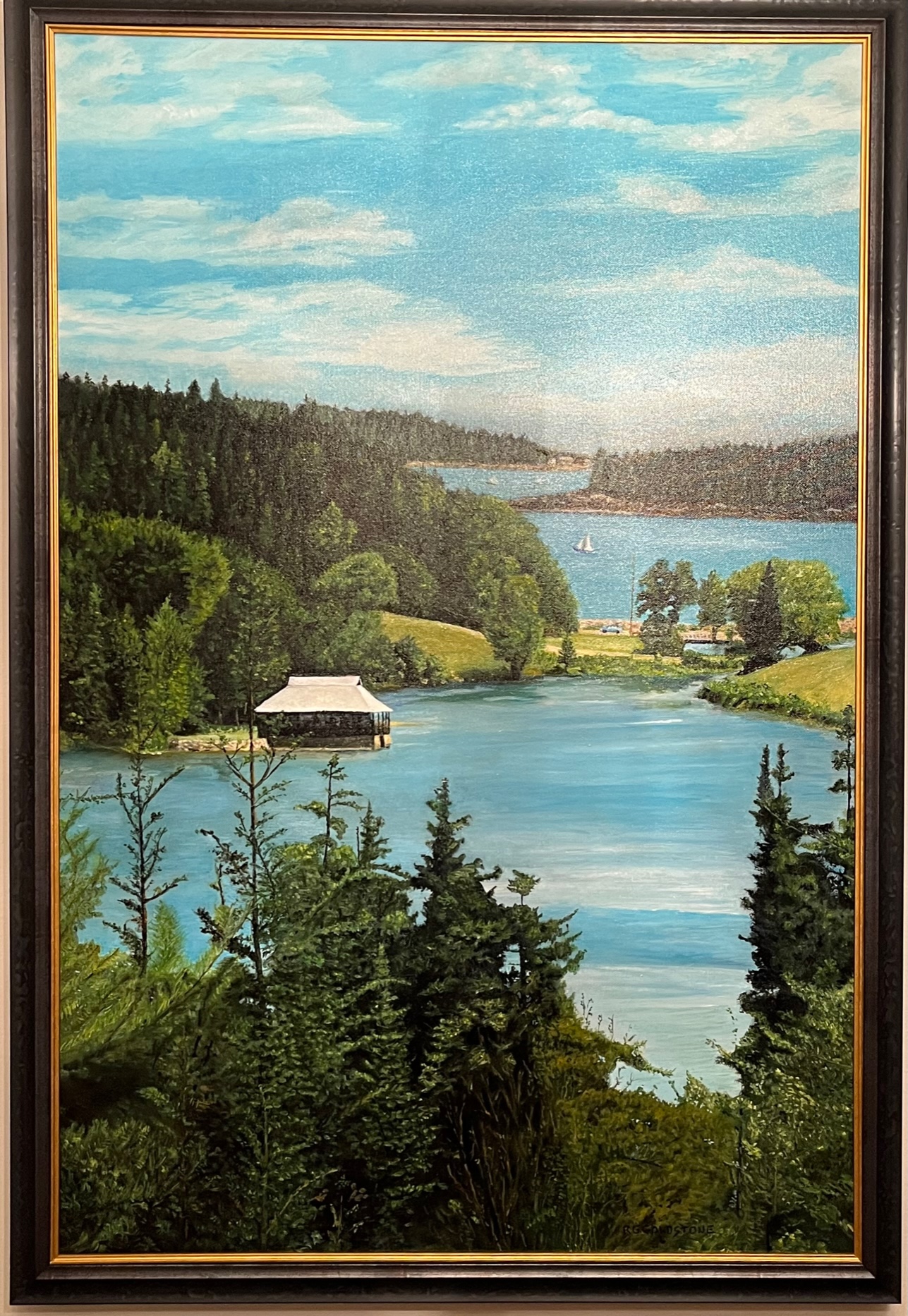 A view from Maine.