What a week for the news…though it’s remarkably quiet elsewhere. Are you all on vacation? Sensing that Mars — planet of action — is beginning to slow down as it prepares to turn retrograde on September 9th? Or are you transfixed by the constant flow of breaking stories — for better or for worse?

To recap the planetary patterns for this weekend — and reflected in the news for the past few days (except for the Moon):

No sleeping in on Monday,  the start of another busy week. The Full Moon will be followed by Mercury’s annual face-off with Saturn, a likely reality check.

Heather Cox Richardson‘s daily digest continues to present the important stories — here’s her review for Thursday (yesterday).  As she notes, it was  a week of extremes — good and bad — and in sync with planetary patterns noted above.

Meanwhile, in the relative quiet here at the Home Office on Tuesday, I applied the Scorpio Moon’s need for depth and control to a deep-cleaning and purge of files that no longer served. In Washington, House Judiciary Chair Jerrold Nadler (D-NY) experienced a different outburst of energy. Born on June 13, 1947 in NYC, he had transiting Mars (cars, action) squaring his Mercury right about the time he got into a car accident. Though unharmed, the fender-bender delayed the start of Attorney General William Barr‘s appearance before Congress until minutes before the exact trine between the Scorpio Moon and Neptune. Holy obfuscation, Batman — just as anticipated in the forecast posted on Monday — summed up by Heather Cox Richardson here.

While Twitter pundits opined that the Democrats’s questions to Barr lacked teeth (Neptune!), Rep. Jim Jordan (R-Gymnasium)’s trio of planets in “Ready! Fire! Aim!” Aries were supercharged — especially by the first of three meet-ups of transiting Mars with his Jupiter (the other Aries planets are Moon and Venus). His bombast was duly noted in HCR’s notes linked above — and he continued with his aggressive questions to Dr. Fauci, who appeared before Congress today. Watch for more of the same from Jordan around October 25 and December 4th — and also note that with transiting Uranus conjunct his Mercury through 2021, his thinking and communication style is bound to be disruptive, innovative — or simply bizarre. Birth data: February 17, 1964 in Urbana, OH. Here’s a write-up from 2018, reminding us that former House Speaker John Boehner (R-OH) once called Jordan “a legislative terrorist.” Jordan’s Mars and Saturn in Aquarius sit on the U.S. Moon, so we can see why his impact on the nation is so combative and controlling.

Speaking of the U.S. horoscope, transiting Saturn will meet up with its Pluto on August 4th for the second time this year (first was February 23rd; third will be November 20th). Harsh controls and a potentially anguished effort in the face of loss would not be unexpected. Yesterday Senate Republicans failed to agree on a coronavirus relief bill that House Democrats passed in May. Instead they worked on their own bill, which included zillions for fighter planes and a new building for the FBI — certainly a novel way of fighting the novel coronavirus.

Were they under the influence of transiting Mars activating the U.S. Sun-Saturn square last week? That could be militant, right? Alas, they could not come to terms with Democrats or among themselves, so the Senate left town yesterday, with no deal on the table — and no federal assistance paid to roughly 30 million Americans next week. Harsh? Here’s what’s harsh: “U.S. economy contracts at record rate” — highest since the Depression.

When will your horoscope be activated by a potentially assertive or streamlining pattern — and how will you put that energy to good use? Consult your local astrologer for details.

Belated story reflecting the weird, wild, wigginess of Neptune in contact with Venus and Neptune earlier this week — on a day with Moon in bwaahahahahahahahahaha! Scorpio:

Madonna’s horoscope is currently experiencing a heavy Neptune pattern, in which finding strength in the spiritual –as opposed to the material — would be tested. It’s fascinating that she has a Venus-Neptune square in her horoscope and a strong Jupiter-Neptune connection, too — similar to the general patterns that were exact on Monday — and here she is making news!! Point is, we see why Madonna needs to see the world as more ideal than it perhaps is…and how much big, fat faith needs to be part of it.

Moon soared into Sagittarius on Wednesday, pushing boundaries with enthusiasm. A highly active Mercury (how we need to think and communicate) suggested “significant court opinions, legislative efforts, diplomatic statements and editorials.” Mix that in with the muckraking potential of more Mercury action this weekend, in effect now. These past two days have brought us:

Hmmm. Did I get all the highlights? There’s so much to report.

Herman Cain died. He went to P45’s Tulsa rally in June, without a mask — defiantly. He was hospitalized with Covid two weeks later. Do we see that vulnerability in what we know of his horoscope? Yes.

“NASA launches Perseverance rover in mission to find life on Mars” — several days after the UAE launched their first mission to the Red Planet. Avid Reader Katya noticed the word “perseverance” more than once in the headlines —  here in reference to John Lewis — and wondered if was there an astrological connection?

Perseverance is a fitting word for Mars in some signs. Aries, for instance, never gives up. When in contact with planets in Earth signs (Taurus, Virgo and Capricorn), Mars could be motivated to create structure and form out of  its fiery drive. Mars is in Aries now — in touch with Jupiter, Saturn, and Pluto in Capricorn through most of the year. Uranus — symbol of space-age technology — is in Taurus. Hmm.

Mars in Taurus always makes me think of perseverance, as Mars in Taurus can be so darn stubborn. Guess what John Lewis has? Mars in Taurus — in a charged aspect with Saturn in Aries and Pluto (power!).  He has two other planets in Aries, too — Venus and Jupiter. Birth data: February 21, 1940 in Troy, AL. Pisces Sun; Moon in Leo.

Pay attention to the words reporters choose to describe the people they write about. You’re sure to find those words expressed in the horoscope. It gets to the point where you know what you’re going to see in the horoscope before you even look. Astrology is amazing.

If you find this forecast amazing, here’s your opportunity to support it, with appreciation.

Have a great weekend! 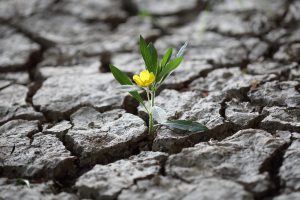