Tag Archive for: pluto to us saturn 2015

The Virgo Moon goes void at 11:59PM ET on Thursday, not to enter Libra until 5:34PM ET on FRIDAY. Keep this in mind as you are out and about. You may already have experienced a twist, delay or moment of “derp” in your morning routine, even if it’s just the barista at Starbucks greeting you with a cheerful “Good afternoon!” at 7AM. Stick to routine in your efforts to make things right. Avoid making a mountain of crisis out of a molehill of any spaced-out details.

Since Friday begins with a challenge between blah blah blah Mercury and inflationary Jupiter, big ideas in which the forest may not seen for the trees may run rampant. A need for fairness, balance and social graces kicks in with the Libra Moon. Seize the window to make an airy diplomatic pitch until 11:15PM ET. After that, Venus ditches her Libra charm and enters the watery depths of Scorpio.

The people-pleasing Libra Moon continues through the weekend. There is no Moon void to deter your shopping efforts until 9:03PM ET on Sunday. My money says your Special Someones would love love love a handcrafted gift certificate for a personal astrological consultation. It’s super-practical, unique and empowering — and we would have such a good time together. Plus, aren’t these horoscopes pretty? I have boatloads of designs… 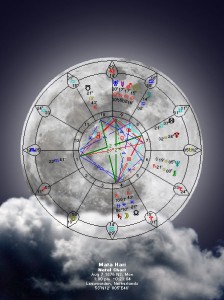 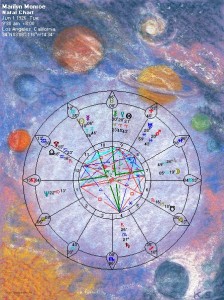 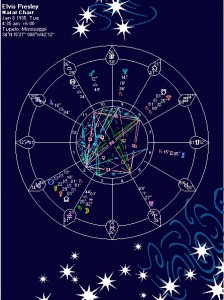 Saturday’s patterns are fairly smooth, but building to the intense energetic release of 1) the Moon’s weekly clash with Pluto and Uranus (between 10:28PM ET and 3:37AM ET on Sunday); and 2) the clash between warrior Mars and ruthless Pluto I told you about on Monday…which we’ve been feeling all this week, as evidenced by headlines involving war and violence.

The Mars-Pluto thing happens at 3:47PM ET on Sunday. You’re personally affected if you were born halfway through Aries, Libra, Cancer and Capricorn…or if you have a planet or angle halfway through those signs. Apply this build-up of energy to a constructive release, such as a gym workout or an intense project. Please refrain from lashing out at others. Avoid being drawn into a conflict. Chill after 9:03PM ET on Sunday, when the Moon goes void. No sleeping in on Monday — the Moon will be in Scorpio and fully engaged.

Which I could not bring myself to write about yesterday. Too much violence with no silver lining, as the U.S. horoscope suffers through the anguish of the third hit of transiting Pluto to its Saturn. Not only that, but the Ascendant of the U.S. horoscope is being hit by the wigginess of Saturn and Neptune, which is a perfect reflection of the sinking feeling you may have that the inmates are running the asylum.  Oh, and transiting Mars is about to hit the U.S. Sun and Saturn over the next few days. Let’s hope some of the assertiveness we see is constructive.

In the aftermath of this latest episode of violence; i.e., the wretched event in San Bernardino (linked in the paragraph above) we’re seeing a shift in tolerance regarding the usual response to these awful events, consistent with planetary patterns. Journalist Igor Volsky was “sick and tired” of the canned political response, “our thoughts and prayers are with the victims,” so he began tweeting how much money each of those politicians has received from the NRA. The NY Daily News offered a stern headline (Saturn in Sagittarius) challenging the standard faith-based expression of compassion (Neptune in Pisces): “God Isn’t Fixing This”. What does it want? Action that disrupts the status quo — Mars challenging Uranus and Pluto!

Meanwhile, in an alternate reality (Saturn square Neptune), the NY Post wasted no time stooping to the lowest level of Saturn in Sagittarius square Neptune in Pisces: fear of what is foreign, especially if it involves religious dogma. MUSLIM KILLERS, their headline blared, perhaps because they thought their first effort, “MURDER MISSION” would not sell enough papers. Today, the NY Daily News shot back with a front page calling NRA head Wayne La Pierre a terrorist, along with the perpetrator in San Bernardino and other people one might wish had never been able to purchase a gun.

Where do you get your news? It’s wise to consider more than one source, as I hope you can appreciate.

In Washington, new House Speaker Paul Ryan (a man with visionary Neptune right on his Ascendant), laid out his outline for “an alternative agenda”. It sounds great Mr. Ryan, but if you want to ensure that every American has a “good-paying job,” why are you opposed to having a minimum wage? Meanwhile, a “upbeat” jobs report was released today, prompting speculation that the Federal Reserve will finally raise interest rates when it meets later this month.

Elsewhere, yesterday the Senate immediately voted down ( 50-47) a modest gun control measure, while voting to pass a measure eliminating federal funding for Planned Parenthood and repealing Obamacare (which President Obama will veto). A group of physicians went to Washington to ask that a ban on funding research on gun violence be lifted. In Missouri, one fed-up state legislator introduced a bill to make it as easy for men to purchase a gun in that state as it is for a woman to obtain an abortion. The language of this bill is well-worth the read.

A pause, while I look ahead to planetary patterns in 2017, which suggest the potential for serious breakthroughs in action and policy…but which way we go will depend on who is in office. This next election isn’t just about who will become the next President. Every office up for grabs deserves your careful consideration when you go to the polls. Something to think about when you consider that Lamar Smith, the Chairman of the House Committee on Science, does not believe the scientists (97% of them) who say that climate change is happening.

In other news…continuing on the themes of war and violence we’ll be seeing for the next several days: yesterday it was announced that women will be allowed to serve in all military combat roles, including its elite forces. In South Africa, an appeals court declared Oscar Pistorius guilty of murdering his girlfriend, overturning his prior conviction for manslaughter. He faces prison time. In Germany, its Parliament voted to send military assistance to others directly fighting against Daesh. In Cairo,  a firebomb attack in a nightclub killed 16.

Any silver linings? Sure. A police officer in Maryland was convicted of assault after he pointed a gun to a civilian’s head. It was captured on tape. In Louisiana, four corrections officers were indicted after a 19-year-old woman was found dead in her cell. Slowly the tide may be turning…

Mars-Pluto events suggest “news from underground”. Ooh, look at this spectacular pic of Mt. Etna erupting. Meanwhile, this week it was revealed that legendary actress and humanitarian activist Elizabeth Taylor ran an illegal safe house where AIDS patients could get medical help, including pharmaceuticals. How unbelievably cool that this news would come out RIGHT NOW, in the aftermath of last week’s Saturn-Neptune square which falls EXACTLY on Miss Taylor’s Sun at 7 degrees Pisces and 7 degree Sagittarius Ascendant! Plus, transiting Uranus, now at 16 Aries, is making contact with her fiercely eccentric, free-spirited Venus-Uranus conjunction. You better believe Miss Taylor was a champion for those whose social affections went against “the norm”. Here is her horoscope.

And that’s how I’m ending this forecast — on a high note — and a gentle nudge that if you enjoy receiving these forecasts from the goodness of my heart, please consider supporting my efforts by booking yourself or gifting someone else with a personal consultation and/or report. Donations for the cause are also welcome, with much much gratitude. You would also be an awesome support if you forwarded this forecast to the rest of the Free World.