It’s the first Monday in October, and the Supreme Court is now in session. A look at the patterns of this week will tell much about the issues and opinions that come from the Court in this term. Highlights include matters involving Pluto — e.g., power and resources;  breakdowns and corruption exposed — as it slows to a standstill and turns direct on WEDNESDAY. A raging fight for a place at the table by those who feel disenfranchised is suggested by Pluto’s third in a series of squares to Eris, Goddess of Discord, on October 9th. The battle — and a focused attack or crusade — is echoed by the Sun and Mercury’s meet-ups with Mars (planet of action, assertion, and aggression) this FRIDAY and SATURDAY. Meanwhile, Saturn is also slowing to a virtual standstill as it prepares to turn direct on SUNDAY. Thus we have another focus in matters of authority and control. Because Saturn is in Aquarius, we anticipate that these controls may involve humanitarian, “for the people” concerns, and also technology and networks.

All of the patterns described above are in the chart for the New Moon. Here’s what that looks like set in Washington, D.C.: 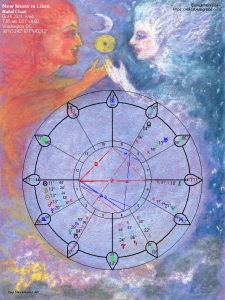 Back to the weekly forecast.

Welp. Facebook has been down since 11:39 AM ET — along with Instagram, Messenger, and What’s App. This happened after last night’s bombshell dropped by 60 Minutes, in its interview with Facegbook whistleblower Frances Haugen. Tens of thousands of documents now make it clear that the company has been lying about “making progress” against hate and disinformation, because doing would mean making less money.  Facebook deactivated certain safeguards immediately after the election, and it is alleged that doing so enabled the attempted coup on January 6th. How cool is it that this bombshell dropped over the weekend, in sync with planetary patterns that were screaming for a big data dump that would expose rot and corruption among the corporate (Capricorn) elite? Astrology is amazing! (and as of 6:30 PM ET, Facebook is back online).

Major media outlets are also abuzz with the juicy details found in the Pandora Papers (South Dakota has a starring role), which detail how power and resources are held by a teensy minority of oligarch-types, to the disadvantage of the vast majority of everyone else. This is how Heather Cox Richardson frames the Pandora Papers in her most recent letter, drawing a parallel with this story and the 650 marches for reproductive rights that happened over the weekend. A clear majority of Americans in both of the major political parties support a woman’s right to decide for herself whether she is willing and able to bear a child, but that right is being chipped away by another teensy minority.

Meanwhile, here’s another bombshell revelation: “Chinese detective in exile reveals the extent of torture against Uyghurs”   as reported by CNN. What is wrong with humans that they feel a need to be so horrible to one another?

If you enjoyed the NYT’s feature about The Sopranos (linked in the last forecast), you may appreciate WaPo’s review of  Fiona Hill’s new book,  “There’s Nothing For You Here: Finding Opportunity in the 21st Century”. It’s noteworthy because the challenges Hill outlines apply not only to America but to other democratic societies. We really are all in this together.

Pluto refers to power and resources, including oil — and with Pluto slowing to a standstill, we are not surprised to see oil making headlines:

The news is heavy today– it seems. But at least we can celebrate that the five zebras on the loose in Maryland continue to evade capture…and on October 12th, William Shatner will blast into space. At 90 years old, there are plenty of new and exciting things to do — so let that potential inspire you in your work and play today, and always. Here is Shatner’s horoscope. 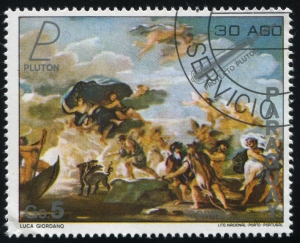