What a wiggy week it was, with Thursday’s exact opposition between Mars (aggression, assertion) and Neptune (surreal), hmm? Now we have a rush of energy surging through this weekend but under the cover of a dead Moon. What is going on behind closed doors, right this minute, one wonders. Let’s review those rushing energetic patterns, starting with the trine between Mercury and Saturn, exact on Saturday night at 9:30 PM ET. This is serious and thorough planning, which I’ve been using all day to edit a few writing projects, instead of going outside to play in the sun. Even with the Moon in playful Leo, I’m glued to my word processor. Go figure.

Obviously that above paragraph was written over the weekend. It’s now Monday.

Here’s the recap for… 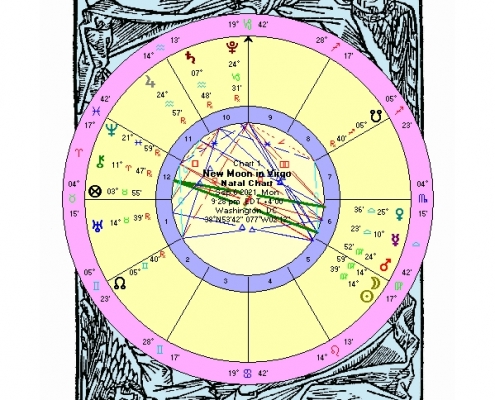 As for the rest of this week….

Once again we have a relatively long stretch of days — until September 14th — with no exact aspects among the planets, except for those that involve the Moon. The pattern on the 14th is the annual opposition between the Sun and Neptune, suggesting more of what we’ve already experienced involving the surreal, drugs, visionaries, pacifism, floods, victims, toxins, viruses, refugees, water, oceans, oil, film, photography, etc. Anything intangible refers to Neptune, which denies and dissolves the material world, and in this case those intangibles affect the Sun, which refers to leaders, ego and the heart.

But before we get to the 14th, we have this apparent pause in the action. I don’t know why these “pauses” coincide with events that seem like the sudden collapse of an ice shelf into the ocean, but that’s what I’ve observed over the years. They suggest tipping points…so…we’ll see. In your own personal world, you can get a lot done this week — so do it!

I’ll update the news either tomorrow in a separate email, or I may add items to the Forecast on my website. I leave you with Heather Cox Richardson’s latest Letter, which explains the significance of Labor Day, and why Frances Perkins is someone you really should know about.  You better believe Frances Perkins was a pioneering Aries, with a hundred other planets in Aries, too. Here is what we know of her horoscope.

Enjoy the holiday — and thank you for reading this forecast. 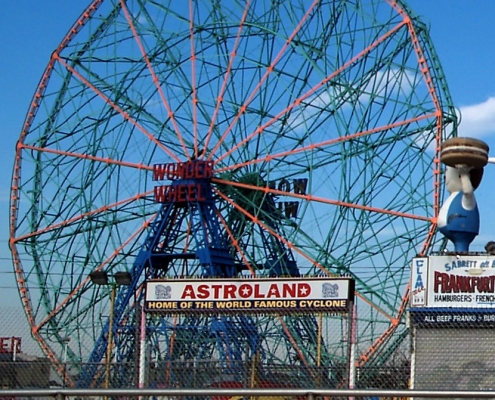