Tag Archive for: merger of frontier and spirit airlines astrology 2022 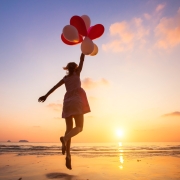 Good morning and get ready for another dynamic week. All of the planets are now moving forward and getting back up to speed. The Moon is waxing, so it’s a time to build and grow. Venus and Mars are both in Capricorn, where they are 1) usually high-functioning; 2) attracted to each other for productive reasons; and 3) actually moving towards one another, with an exact meet-up on February 16th. Mars — planet of action and assertion — is coming off of a cooperative connection with Jupiter (planet of expansion) and is moving towards a harmony (trine) with Uranus (innovation and unconventional alliances), exact on TUESDAY. Mercury (how we need to think and communicate) is still in Capricorn and will make its third and final meet-up with corruption-exposing, highly persuasive Pluto on Friday. Onwards and upwards!

And now, the news — lots to cover.

…harmony between Mars and Jupiter, exact at 8:37 AM ET. This sextile between the planets representing action and expansion is especially potent because both planets are in signs (Capricorn and Pisces) in which they perform effectively and happily. You — or anyone else — could use this flow to your advantage all week — not just on the day the pattern is exact.

I have not forgotten the 2015 documentary film: The Brainwashing of My Dad.

We started last week with Venus moving direct. Her six-week retrograde gave us the opportunity to review our finances, worth and aesthetics, with the result being an adjustment to our newly revised values — but not without controversy. The controversy is amplified as a reflection of Mercury in practical Capricorn conjunct Pluto — suggesting extremes of thought that involve power and resources:

How did your values change during the past six weeks?

In the Metaverse — f.k.a. Facebook — a.k.a. Mark Zuckerberg, values changed a lot! This is not a surprise for anyone who’s been following what we know about their horoscopes. As I posted on Twitter:

Facebook turns 18 on Friday (2/4), transiting Saturn is right on its Aquarius Sun. Translation: potential streamlining, loss & necessary controls. According to “The Facebook Book,” by Greg Atwan and Evan Lushing, Facebook launched at 8:04 PM. If that time is correct, Facebook has been getting Neptune from all angles since 2020, with one more decisive hit exact on Feb 10th (the Ascendant in that horoscope is 21 Virgo). Even if that time is not accurate, there are planets in horoscope for that fateful February 2004 day that have been hit by Neptune in recent years. Others will continue to be in challenging contact with Neptune as 2022 progresses. Translation: things are not as they seem, for better or for worse. Visionary potential, success in the arts (e.g., virtual reality), and charity would be upsides; scandal, deception & wipe-out would be downsides. Look at recent events: Facebook’s name change & new mission focused on virtual reality (announced last October), ginormous philanthropic gifts, along with whistleblower scandals, and today’s stunning stock drop (wipe out!).

The potential for wipeout is also seen in what we know of Zuckerberg’s horoscope. His birth time is unknown, but a fellow graduate of Noel Tyl’s Masters Course proposed a rectified horoscope with an Ascendant of (drumroll, please) 21 Virgo! You can find a link to astrologer Lauren Delsack’s rectification in this post from 2015, where we tested her proposed birth time when the Zuckerbergs announced they were expecting their first child (but didn’t say when).
Here’s what I wrote about Zuckerberg and the Facebook IPO on May 18, 2012. I was working at CNBC then. How time flies. Looking at the IPO chart now, it’s fascinating to see that the 10 Leo Ascendant was exactly squared by Uranus for the last in a series of three on…February 5, 2022. Did I mention that Facebook lost $232 billion on February 4th — making it the largest one-day stock drop in history? That 10 Leo Ascendant will be impacted by the next solar eclipse on April 30th, just as Pluto turns retrograde, squaring the IPO chart’s Aries Midheaven and Zuckerberg’s 20 Aries natal Mercury. More changes in store.

I’m intrigued by how the Sabian Symbol for last week’s New Moon has manifested. It was “a barometer,” suggesting that this week we’d see significant instances of people in politicians hedging their bets and taking sides, based on how they believe the winds are likely to blow. After the Mercury and Venus retrograde, finally 2022 is getting into gear…and what’s on deck this year is CHOICE, as in making a choice, as Beth Owl’s Daughter explained in her three-part series on the Tarot Card of the Year 2022: The Lovers. If you missed it, here it is.

After the necessary review of values made in January.

Here’s a fun one. Perhaps you heard last week that the IRS announced that starting this summer, taxpayers would have to use facial recognition software in order to access any information about their tax returns — including refunds — online. The software and data would be managed by a third-party company. What could go wrong? Actually, the concept makes sense, given the way planetary patterns are going, with greater controls likely to be imposed on networks and data, right? However, people started to fuss (understandably) — and WaPo’s Editorial Board howled mightily…and…upon review, the IRS just announced that they were abandoning this no-good very bad idea.

What’s going on in your horoscope? Here’s the 411 on personal consultations. Contributions to the Cosmic Tip Jar are always welcome, especially from serious students and astrology professionals. 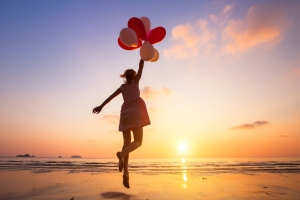 Use the abundance of planets in Earth Signs this week

to anchor your high-flying dreams.