The start of the workweek is driven by the Moon in Sagittarius, pushing boundaries with enthusiasm in its quest for truth. At 4:39 PM ET, the Virgo Sun squared the Moon, suggesting a challenge to last week’s New Moon agenda. Minutes later, Moon squared Neptune — and that’s about when Vogue’s live feed of the Met Gala started on Twitter and I started writing this forecast. This year, the celeb-studded event is officially all about “escapism,” I kid you not. “Escapism” is aptly timed, especially with the Sun-Neptune opposition that will be exact on Tuesday morning.

The Sun-Neptune opposition is one of only three patterns this week between two planets that does not include the Moon. On Thursday night, the Sun trines Pluto. The Sun refers to leaders; Pluto refers to power and resources. A trine suggests an easy flow of energy between the two, for better or for worse, and what flows may also reflect the idealism, healing, or obfuscation potential of the earlier Sun-Neptune opposition.

The third pattern is a square between Venus and Saturn, exact early Friday morning. Venus refers to money, values, women, and aesthetics, and it is in Scorpio, a sign that never forgets. Saturn refers to cuts, controls, and authoritarian advances. Here’s how the week goes:

So much of it is bonkers.

If you’re in California, there’s a bonkers election on the question of whether to recall Governor Gavin Newsom. Pollsters seem to think he will not be recalled, which is arguably good for much more than California. Still, the candidate who likely would have the most votes to replace Newsom is Larry Elder, who is already crying “voter fraud!” before the election has even happened.  Avid Readers in California, if you don’t vote, someone else will…and then you’ll be sorry. Vote!

…of all the 9/11 remembrances that made news over the weekend, the one that always gets me is the one recalling how the passengers on Flight 93 brought down their hijacked plane rather than allow it to be used as a weapon of mass destruction. It was posted again on Twitter, noting that they made their decision to act based on discussion and…by taking a vote. I had forgotten that if those brave passengers hadn’t been so daring, two fighter pilots would have enacted Plan B, which was to fly their jets into the commercial airliner. One of those pilots was the 26 years old Heather “Lucky” Penney, and her story is sobering, too. Fun fact: Penney has Mars in Libra conjunct Pluto — a warrior for peace in the extreme (birthdate: Sept 18, 1974, in Tucson AZ).

Meanwhile, in Shanksville, PA, George W. Bush spoke to a crowd, uttering what WaPo columnist Jennifer Rubin called “perhaps the most important words in his career…drawing a straight line between the 9/11 terrorists and the 1/6 ones.”  Avid Readers will recall that Dubya’s horoscope has been getting it from all angles over the past year or so, serving as a catalyst for change and action. Between now and the end of October, Saturn will station opposite his regal Leo Ascendant, making two exact hits. This is a sobering opportunity to step out into the public with greater authority, possibly reaching another peak in public status in seven years.

UPDATE: on the former guy, because there is a cluster of patterns happening in his horoscope over the next few weeks that may spark action that makes significant headlines. On September 23rd, we have two patterns suggesting suffering as a martyr to a cause, personal magnetism, losing focus and/or denial. On September 26th, we have a rare pattern suggesting a major new start, with a possible geographic relocation. I’m not convinced the new start will be a permanent gig as a color commentator for boxing matches, even though that’s how he commemorated the 20th anniversary of 9/11. The pattern suggesting a new start could involve a significant other or an open adversary. A pattern exact on October 2 echoes involvement with a partner, or an adversary. For astrology students and pros: the planets involved with these three patterns are Saturn-Neptune, Uranus-Ascendant, and Neptune-Uranus — quite a wiggy and volatile mix. We keep an eye on his horoscope in the hopes of anticipating a time when he will be held accountable, which clinical psychologist Mary L. Trump argues in her new book is one of the essential requirements of enabling America to heal.

UPDATE: on Britney Spears, whose horoscope is functioning as anticipated (see the write-up in the June/July issue of Mountain Astrologer). Last week, her father agreed to step down as her conservator — and she quickly announced her engagement to longtime boyfriend Sam Asghari. “Baby One More Time” indeed!

The Sun-Neptune opposition presented itself in many wonderfully weird headlines:

If America had six political parties, which one would you belong to? The NYT has a quiz — hope it’s not behind a paywall.

Water, water everywhere: click on the map to follow the path of a raindrop anywhere in the United States. Rain should never fall on Greenland, but it did for the first time ever last month and barely made headlines then, but it did over the weekend.

Wowwwwwwwww!!  Did you learn something today? My Gemini Moon sure hopes so. If you’d like to support this forecast as a Faithful Monthly or Joyful Random Avid Reader or Fairy Godmother, here’s the 411.

To schedule a consultation about your unique and fabulous horoscope, here’s how to contact me. 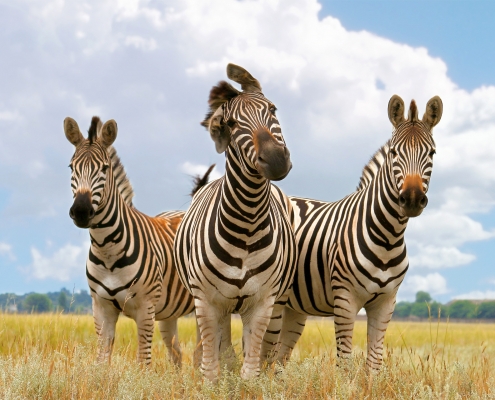