Halfway through June, and there’s no stopping the action — no matter how many planets are retrograde. Here are the highlights for this week — and then we’ll break it down day-by-day:

As you can see, there aren’t many exact contacts among the planets this week. In fact, there are only TWO that do not involve the Moon. NEXT WEEK — as the eclipse ripples out, we will have seven straight days of no major non-lunar contacts, as we did at the end of May. Sudden dramatic shifts are likely, not unlike my favorite metaphor: the sudden collapse of an ice shelf into the ocean, never to be seen again.

Not only are the planets not in touch with each other, but one is currently so far away from the other kids in the sandbox that it is officially “unaspected” — and thus running wild.  And this would be Uranus — symbol of shock, surprise, rebellion, innovation, aviation, madmen, rocket science, astrology and gender-benders.

Your mission this week is to 1) STAY FOCUSED — ’cause Mercury is changing direction; and 2) BE IMPECCABLE WITH YOUR WORD (a.k.a. the First of the Four Agreements) — ’cause Venus is still retrograde in Gemini, demanding that you put your money and your values where your mouth is. If you don’t really mean it or believe it, don’t say it. ‘Cause whatever you’re thinking and saying this week is likely to command attention. We see this need for focus in Beth Owl’s Daughter’s always-in-sync Tarot Card of the Week.

The closer we get to the weekend, the closer we get to the end of the lunar cycle. Yes, wrap up whatever you can — though with Mercury turning retrograde, it may return for a rewrite.  Dead Moons suggests clandestine meetings and other happenings flying under the radar…but with this one, chances are higher that whatever is done behind closed doors won’t stay hidden for long.

The horoscope of the P45 inauguration is due for a week of streamlining and upsets. On June 17th, action hits a brick wall (remember the discussion of JK Rowling‘s horoscope in the last forecast?). On June 18th, upsets come courtesy of Uranus opposing the Scorpio Moon‘s need for ruthless control; streamlining is reflected by transiting Saturn’s second conjunction to the Aquarius Sun. Plus, a new cycle of action/assertion begins, as transiting Mars meets up with Mars — i.e., returns to its original position in the chart.

Meanwhile, P45‘s birthday weekend aptly reflected intensely provocative patterns in his horoscope, as anticipated. Saturday’s wiggy Mars-Neptune conjunction squared his Sun and Moon, suggesting potential bewilderment and/or wipeout. At West Point (a Mars-Neptune military ideal), he struggled to walk down a ramp and could not raise a glass of water to his lips with just one hand. This became A Thing on Twitter (#TrumpIsNotWell) and a cause for concern in major newspapers questioning his physical and mental health. Twitter declared his June 14th birthday Obama Day and flooded his feed with photos of the 44th president. Adding to the potential for attack: 1) John Bolton‘s tell-all book is supposed to be published next week; and 2) P45’s niece also has a tell-all book scheduled for release this summer.

A third smackdown — which may be tied to transits in both P45’s and his inaugural horoscope — would be today’s “unexpected breakthrough for gay rights” — i.e., the SCOTUS ruling that the 1964 Civil Rights Act does in fact prohibit discrimination against gay and transgender workers. This seems to throw a possible wrench into last week’s P45 Administration reversal of the Affordable Care Act’s prohibition of discrimination against gay and transgender people by health care providers and insurers. Today’s SCOTUS ruling was a 6-3 decision, with the majority opinion written by P45’s first pick…Neil Gorsuch.

It’s worth reviewing Gorsuch’s horoscope, discussed here back in March of 2017. It is faaaaascinating to be reminded that Gorsuch has a nearly exact Mars-Neptune conjunction in Scorpio — activated last week by the Mars-Neptune conjunction in Pisces! But he also has five planets in perfectionist Virgo and Moon in talk talk talk Gemini — and at the end of the day, legal analysts were convinced that Gorsuch was driven to adhere to the meaning of the words in the 1964 legislation, not whatever the drafters of those words might have intended.

I’m toast. I really wanted to ship this forecast on Monday, but I am going to have to finish it on Tuesday morning. Some of you may know that as part of my own personal crusade for justice for all, I serve as a poll worker in the New York elections. I started doing this in 2016 after a friend of mine was told at his polling site that his name wasn’t in the registry and he would have to vote by affidavit (meaning there was no guarantee his vote would count in that election). It is extremely upsetting to be told that your state election board doesn’t believe you exist — and — as he was telling me what happened, it took five seconds for me to check the voter roster online and see that my friend was TOTALLY registered, and that the poll worker had made a stupid, stupid,  STUPID error.  Since I am lucky enough to set my own business hours, I made it my business to make sure these stupid mistakes wouldn’t happen again — at least at my polling site — and over the past four years I’ve caught and corrected scores of them.

Last fall, New York joined other states offering more than one election day for registered voters to cast their ballot. Though the official primary election is June 23rd, polls are open nine days beforehand. I do not have the bandwidth to work all nine days, but I did work Monday — leaving the house at 5 AM. Gah! It was quite surreal as New York has been encouraging voters to file absentee ballots this year, given the Covid-19 crisis. We served a grand total of TEN voters yesterday. Upside: I got to sit and read a wonderful book by Nobel Prize winner Olga Tokarczuk.  The protagonist in Drive Your Plow Over the Bones of the Dead is an astrologer (!!) who starts investigating a series of mysterious deaths in her neighborhood. Tokarczuk has done her homework, and I can’t tell you how delightful it’s been to read passages like:

This time I carefully analyzed the television schedule for as many channels as I could and studied the correlation between the contents of the films being broadcast and the configuration of the Planets on a given day. The mutual connections between them were distinct and plain to see.

Are you registered to VOTE? Don’t take it for granted — check here! Does your state treasury owe you money? Check this site — unclaimed.org — in every state in which you’ve ever lived. Let me know if you find anything.

Finally…I woke up this morning to Heather Cox Richardson’s latest summary of the news of the day, with its opening paragraph saying

The president has personified his administration to such an extent that it increasingly feels like it is less a clash of political parties that fuels today’s political animosities than it is him against the world.

Yup. He’s being attacked. As his horoscope suggests he would be. For just pure good and helpful news, Shirley Maclaine’s bimonthly ShirleyGram was also in my inbox — filled with tidbits about Bach flower remedies, UFOs, astrology, a breathing exercise to help you sleep better and stories of people doing things to make the world a better place. Her newsletter is so jam-packed with information, you’d think her Moon was in Gemini, but it’s in Virgo. Get it here.

Thank you for reading this forecast. To support the work — and make Avid Reader Diane a happy camper — here’s how you can become an official Avid Reader, Fairy Godparent, Guardian Angel or Biggest Fan — with much gratitude. To find out what’s going on in your horoscope — and plan for the months ahead, here’s the 411 on personal consultations. 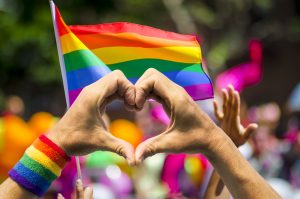