Happy birthday to all Avid Readers born with the Sun in Virgo. That is where the Sun is as of 11:45 AM ET today  — soon to be known as yesterday by the time I finish and post this forecast — probably on Sunday.

Virgo is an earth sign (as opposed to fire, water or air). It is also a mutable sign, as opposed to cardinal or fixed. What does that mean? Cardinal signs are Aries, Cancer, Libra, Capricorn. These signs initiate; they come up with the idea.  Fixed signs are Taurus, Leo, Scorpio, Aquarius. These signs give form to the concepts pitched by cardinal energy. Mutable signs — Gemini, Virgo, Sagittarius, Pisces — spread the word about the nifty form the fixed signs materialized.

On Sunday, Moon enters Scorpio at 6:16 AM ET, and needs to channel Virgo’s perfecting energy into a form that is acknowledged for its depth and substance (ergo, this forecast!!). It’s a potent flow that culminates around midnight with a revelation or other upset, as Moon opposes Uranus.

And now, a truckload of news.

Dominating the headlines in the U.S. for four nights straight was the Democratic National Convention — live from a Zoom room near you. The theme of the first night: We The People, reflecting the cooperative connection between Venus and Uranus that was exact the next day. Everyone was there — including respected Republicans.  Bernie Sanders demonstrated the continued firepower of his Moon-Mars in Aries and Venus in Libra, supercharged over the past four years by transiting Uranus — and now Jupiter and Pluto. Though he did not win the nomination, he has pushed this year’s Democratic platform in his preferred direction.

Meanwhile, Michelle Obama’s Capricorn Sun was being squeezed for the second time by transiting Saturn (the aspect was exact the very next day). Her message was severe: if P45 is not voted out, it will get worse. He is not the president we need. “It is what it is, ” she said. Her assertiveness has to command attention now, as aspects to her Mars demand it. Apparently her speech has been the most-talked about on social media.

In other news, P45 had an especially active Mercury at the beginning of last week, so we could anticipate communication from him or about him to pull focus. He tried to create a buzz about a pardon for a significant person — and everyone wondered if it might be Julian Assange or Edward Snowden. Turns out it was a pardon for Susan B. Anthony, just in time for that inclusive Venus-Uranus sextile (and the 100th anniversary of the 19th Amendment, which gave women the right to vote). Without consulting her horoscope, a thought popped into my mind: “If Ms. Anthony were alive today, she’d kick him in the nuts?” — and I confess, dear Avid Reader, that I was surprised by the words that suddenly came to mind. But guess what? The presidential pardon was rejected a few days later — so wherever that thought came from, it was on point!

And now looking at Susan B. Anthony’s horoscope, my gut response is 100% corroborated. She has an exact Venus-Pluto conjunction in touch with Saturn, square to Uranus and Neptune. We see potential for emotional extremes, ideals and daring — along with a grand Sun-Jupiter conjunction in humanitarian Aquarius. She would have reveled in her rebelliousness, and I look forward to debating my thesis at the next astrology conference.

The theme of the second night of the DNC was apt for the New Moon in Leo (and Mercury on Regulus): Leadership Matters. The diverse and quirky potential of the Venus-Uranus sextile was exemplified by the roll call vote, where each U.S. state and territory announced the number of delegates pledged to each of two qualifying candidates: Joe Biden and — yes, Bernie Sanders. The roll call won raves for its unique spark,  with Rhode Island’s presentation deemed most appetizing. Creativity, fun, playfulness — so apt for a Leo Moon!

Remember that a dead Moon is apt for the release of something you hope no one will notice. Earlier that day, the Senate Intelligence Committee released its fifth final volume of its page-turner:  “Russian Active Measure, Campaigns, and Interference in the 2016 U.S. Election.” Heather Cox Richardson explains here why the report is so heinous — and provide links to pdfs of the full report. A key highlight:

Because who among us has not run for national office and hired exactly such a person to run their campaign? It is still stunning to recall that when Manafort had to resign in the summer of 2016 because of his questionable affiliations, it wasn’t front page news every single day. But you heard about it here.

Onward…to last Wednesday’s perfection-seeking Virgo Moon, where the theme of the DNC’s third night was “A More Perfect Union.” Coincidence or conspiracy? Here’s HCR’s recap of that and the full news day. With transiting Mars (guns; anger) at the midpoint between Pluto (extremes; power) and Saturn (control), it makes sense that we’d be hearing concerns about gun violence and domestic violence. There was an awe-inspiring speech from Gabby Giffords, who was critically wounded by a gun-toting constituent nearly 10 years ago — and has miraculously recovered.

Barack Obama — like Michelle Obama — has been under the lean, mean influence of Saturn in recent weeks. He delivered his stern and scathing remarks with not one — but two patterns involving Mars and Saturn — similar to the Mars-Saturn square that is exact on Monday. Wednesday’s grand finale was Kamala Harris’s formal acceptance of the vice-presidential nomination. With Mercury in touch with her Midheaven, this was an apt moment for a significant public statement.

FUN FACT: the lean, mean patterns in Obama’s horoscope this month give away to patterns in November that are potentially expansive and rewarding. This is not a prediction, mind you. But it does give me a measure of hope that if his life experience fulfills the potential of his horoscope, a majority of Americans may be feeling good, too.

Who remembers that the Sabian Symbol for last Tuesday’s New Moon in Leo was “daybreak?” So how in sync was it that in  Joe Biden’s acceptance speech on Thursday, he referred to his opponent’s regime as “darkness” and said this:

America’s history tells us that it has been in our darkest moments that we’ve made our greatest progress. That we’ve found the light. And in this dark moment, I believe we are poised to make great progress again. That we can find the light once more.

Yup. That really happened. The Sabian Symbol for the First Quarter Moon this Tuesday (which we will see defined in the RNC all week) is “two men playing chess.” I wrote about this Symbol in –yikes — November 2011. It falls almost exactly on Biden’s Sagittarius Ascendant and exactly opposite his natal Uranus. Hmm. Sabian Symbol Sage Blain Bovee notes that the kingly game of chess works only when players observe the rules of the game. I am imagining the scene in Alice in Wonderland where Alice overturns the chess board and sends the pieces flying — or perhaps that was a deck of cards. Hmm.

We’ll see what happens this week.

Steve Bannon was arrested (by the Postal Service police) on a yacht and charged with running a fake fundraising scheme to privately build P45’s big fat Mexican wall. The arrest happened with transiting Mars (action!) exactly square Bannon’s Neptune (fraud, yachts) — and charges were filed by the heroic Southern District of New York. He and his cohorts are charged with bilking individual P45 supporters out of millions of dollars.

P45 has said nary a word about the now-confirmed poisoning of Alexei Navalny, yet another vocal critic of Vladimir Putin who may have been “deterred” by such means. File this brutal incident under the midpoint picture of Mars = Saturn/Pluto, along with these other stories:

If you happen to be someone who has transiting Mars ruling your 9th house (of publishing), squaring the ruler of your 3rd house (siblings) and 10th house (reputation), you could be P45, whose niece Mary L. Trump released to WaPo 15 hours of secretly recorded conversations with his sister Maryanne Trump Barry dishing the dirt on her lying, cheating baby brother.  The timing of this release is extraordinary. Astrology is AMAZING!!!!

Whew! That WAS a truckload! What’s going on in your horoscope? Is your sibling scheduled to be your champion or your critic? Here’s the 411 on personal consultations…or if you just like this forecast a lot and would like to support it, Avid Reader Diane invites you to toss a Random Joyful or Faithful Monthly Expression of Appreciation into the Cosmic Tip Jar.

Thank you for reading this forecast, following me on Twitter — and sharing with your friends. 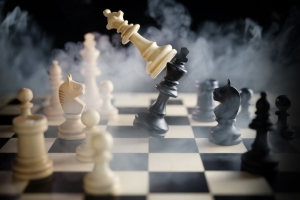