First, a big thank you to Avid Readers who have become Avid Listeners — and supporters — of Off the Charts: A Stellar Newscast. My esteemed colleague and co-host Whitney Fishburn and I were going to take a break until Bastille Day, but because you asked for it, we posted another one in time for July 4th. You can listen to Episode 10 right here, and get the astro-logic on our scofflaw SCOTUS’s recent shenanigans and more.

Second, please know that you can catch a video sneak peek at the week on Sunday, via the Whether Forecast segment that’s part of the podcast 2022: The Year of Love, hosted by Alison Woo.  Sign up to receive an alert when it’s uploaded, along with Alison’s weekly interviews with fascinating guests offering insights on how to live life consciously.

In other news, I saw a play over the weekend that seemed the perfect thing for this particular Fourth of July. If you have an opportunity to see The Minutes, by Tracy Letts, don’t miss it. The Minutes premiered on Broadway in 2020, but quickly closed because of the Covid shutdown. It re-opened earlier this year. All I knew was that it was set in a town council meeting where a big secret comes out, and this appealed to me because of my experience dealing with the clueless bureaucracy of a co-op board, as longtime Avid Readers may remember. All politics is local, doncha’ know. The microcosm reflects the macrocosm, and vice versa.

In the play, there are actually two secrets. One is the small-time corruption you’d expect any admin body to enable. The brother of one of the council members is the local sheriff, and instead of collecting discarded bicycles and donating them to charity, he’s been selling them for personal profit on eBay. But the really big secret comes out of nowhere. The town, you see, has a history. And its history has become its proud heritage. Trouble is, it’s all based on a lie…and it falls into the category of history being written by the victors.  The closing scene is a cross between Eyes Wide Shut and Carrie, which makes sense for a play that had its New York premiere in 2020, around the time of the brutal Saturn-Pluto conjunction in Capricorn. Tracy Letts and the rest of the cast deserved their standing ovation, and my theater date and I deserved our post-show Scotch. Here’s an interview with the playwright from 2020. He talks about not understanding why he was so prolific during the past decade, though any skilled astrologer can see immediately how supercharged his horoscope was during the Uranus-Pluto squares of 2011 – 2016 — and would have advised him of its potential. Letts is a Cancer, and today — July 4th — is his birthday. 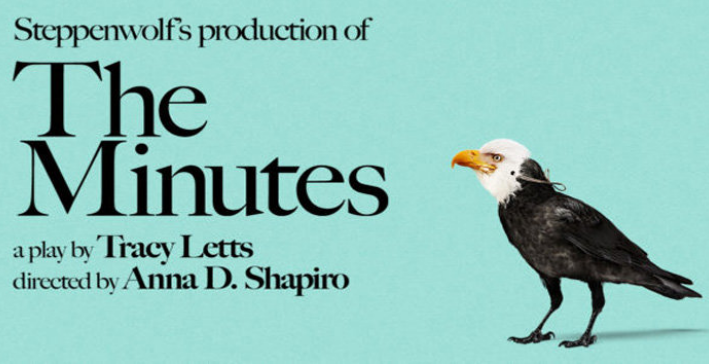 Here’s how this holiday week goes:

Fun fact: if you’re an ISAR member, you can nominate this Forecast for an award!

I wouldn’t mind at all if this blog was a contender in the “Favorite Blog/Website” category.

An email asking for nominations went out over the weekend. Thanks for your support!

With Mars at the very end of Aries on this Independence Day, I was expecting a story about yet another mass shooting — this time at a 4th of July parade in Highland Park. Much as I love parades and fireworks, I opted to stay home this evening — far from the madding crowd. Oh, and here’s another one — happening as I type — in Philadelphia.

Meanwhile, here in the United States, SCOTUS and a J6 “surprise” hearing commanding much of our attention, and Whitney Fishburn and I cover those in detail in our latest “Off the Charts” podcast. I’ll recap a bit of it here.

Cassidy Hutchinson was the “surprise” witness, though we’ve mentioned her before. Her testimony made it quite clear that Donald Trump was well aware that those attending his rally were armed, and that he knew they had no intention of hurting him. What she had to say — about the former guy…and Mark Meadows (her boss)…and Rudy Giuliani…and more — was so compelling that Faux News daytime anchors were left absolutely speechless…and it is priceless.  Historian Heather Cox Richardson succinctly summarizes Hutchinson’s testimony here.   But what does astrology have to say about the timing of this testimony and the witness?

Over on the “Off the Charts: A Stellar Newscast” page you’ll find a double-ringed chart for the start of the J6 hearings on the inside, and the start of last week’s hearing on the outside. It’s so cool to see how transiting Venus in Gemini — a talkative young woman — sextiled the unaspected Jupiter, the ruler of the opening night chart. A unaspected planet may lack support, despite its ability to attract a lot of attention. That support showed up last week — reflected in the chart and in the hearing! Astrology is amazing. You’ll also note that transiting Mercury was conjunct the Sun and trine the Moon in that opening night chart, suggesting it was time for some compelling news. Mercury in Gemini is high-functioning!

Cassidy Hutchinson was born on March 4, 1996 in Pennington, NJ — time unknown. Her accommodating Pisces Sun gets an assertive charge from an exact conjunction with Mars. Her Moon is in Virgo, needing to be appreciated for insight and making things right. She has a Venus-Neptune square — a potentially romantic idealism — that is currently being supercharged by transiting Pluto. Her Venus is in Aries — adding a crusading spirit to her ideals. Her Mercury is at 25 Aquarius — eclipsed in November and in May — and triggered by Mercury in early June. Transiting Saturn might have stationed right on her Mercury, reflecting a potential weight of the world in matters of thought and communication. Isn’t that interesting? Her testimony certainly has carried weight! Countering the gravitas of transiting Saturn is transiting Neptune right on her natal Saturn in Pisces. Neptune dissolves whatever it touches, often creating smoke, mirrors and fog. Saturn refers to structure, authority and necessary controls. We can appreciate how her life experience needs to be somewhat surreal right now, with added “out there” experiences courtesy of transiting Pluto right on her natal Neptune. It’s a hot horoscope for sure — continuing into 2023.

We have written before about how transiting Pluto is impacting the horoscopes of many of those on SCOTUS. From this we anticipated that they were likely to play a big part in the Pluto Return of the United States — i.e., it’s potential break down, as corruption is exposed. The biggest SCOTUS news last week should have been the swearing-in of Ketanji Jackson-Brown as the Court’s first Black female justice. But nooooooo…her colleagues were too busy playing the role of Pluto, tearing down decades of jurisprudence. Last week’s rulings were even handed down during a Mars-Pluto square.

As Heather Cox Richardson wrote in her Letter of June 30th,

Before Justice Brown took her oath, the court also signaled the end of the federal government as we know it.

The ruling was in the case of West Virginia v. the EPA (a.k.a. the Environmental Protection Agency, brought to you by President Richard M. Nixon, a Republican). Reversing 100 years of jurisprudence, the 6-3 majority decided that the EPA can’t regulate pollution because…well…because the six in the majority said so. Other surreal rulings in the past two weeks included telling New York State that states couldn’t place certain restrictions on gun ownership, and telling other states that yes, of course it was up to the states to decide how to regulate women’s bodies, even if a 10-year-old rape victim had to travel to Indiana to receive care because her home state of Ohio would rather force her to bear a child.  This SCOTUS also decided that Miranda rights really don’t matter that much, and that if you’re on death row and find out that your lawyer completely messed up your case, well, too bad. WaPo offers this summary of the rest of the cases here.

The next exact hit of the U.S. Pluto Return is July 11th. The third one is in December. As Whitney and I discuss in our latest podcast, it’s too soon to know for certain which direction these court rulings will take us, as we are still in the middle of our scheduled breakdown. On a positive note, last week’s New Moon suggested strong potential for creativity, as in “when a door closes, open a window.” On Friday, right on the Mars-Pluto square, Governor Kathy Hochul of New York signed gun control legislation that specifically pushed back against last month’s SCOTUS ruling that invalidated a law that had been in effect in New York for 100 years.

From this we learn two things. First, a Mars-Pluto square can be ruthless and effective without resorting to violence. Second, in your own personal world, consider what windows you can open if a door is suddenly taken out of commission. For example, one urologist reported that vasectomy consultations are up 900% since our rogue SCOTUS reversed Roe v. Wade. That’s your coping strategy in these interesting times.

I wish we had a birth time for Brittney Griner, the WNBA basketball star who’s being held hostage (essentially) in Russia. There’s just not much happening in what we do know of her chart, so it’s hard to anticipate when her status may change. Transiting Mars did just oppose her Mercury-Venus-Sun stellium in Libra — and possibly her Moon. Her “trial” began last week, and she wrote a letter to President Biden that just made news today.

I wish we had a confirmed birth time for Kate Bush, because we’d probably see aspects to her Ascendant and Midheaven that reflect her renewed record-breaking popularity. She’s earned millions ever since her 1985 hit “Runnin’ Up That Hill” was licensed for Stranger Things. Should we be surprised that a song with lyrics about making “a deal with God” would be hot in the wake of April’s Jupiter-Neptune conjunction in Pisces? But there’s more to the song than that, as Ms. Bush explains here.

For more good news, check out the always-upbeat Good News Network, where you’ll find the delightful story of how a kitten was rescued from a Pepsi machine. Good news!

To find out what’s going on in your own personal horoscope, here’s the 411 on consultations. We will have a fun and productive discussion together.

Thank you for reading this forecast, and for sharing it with friends. 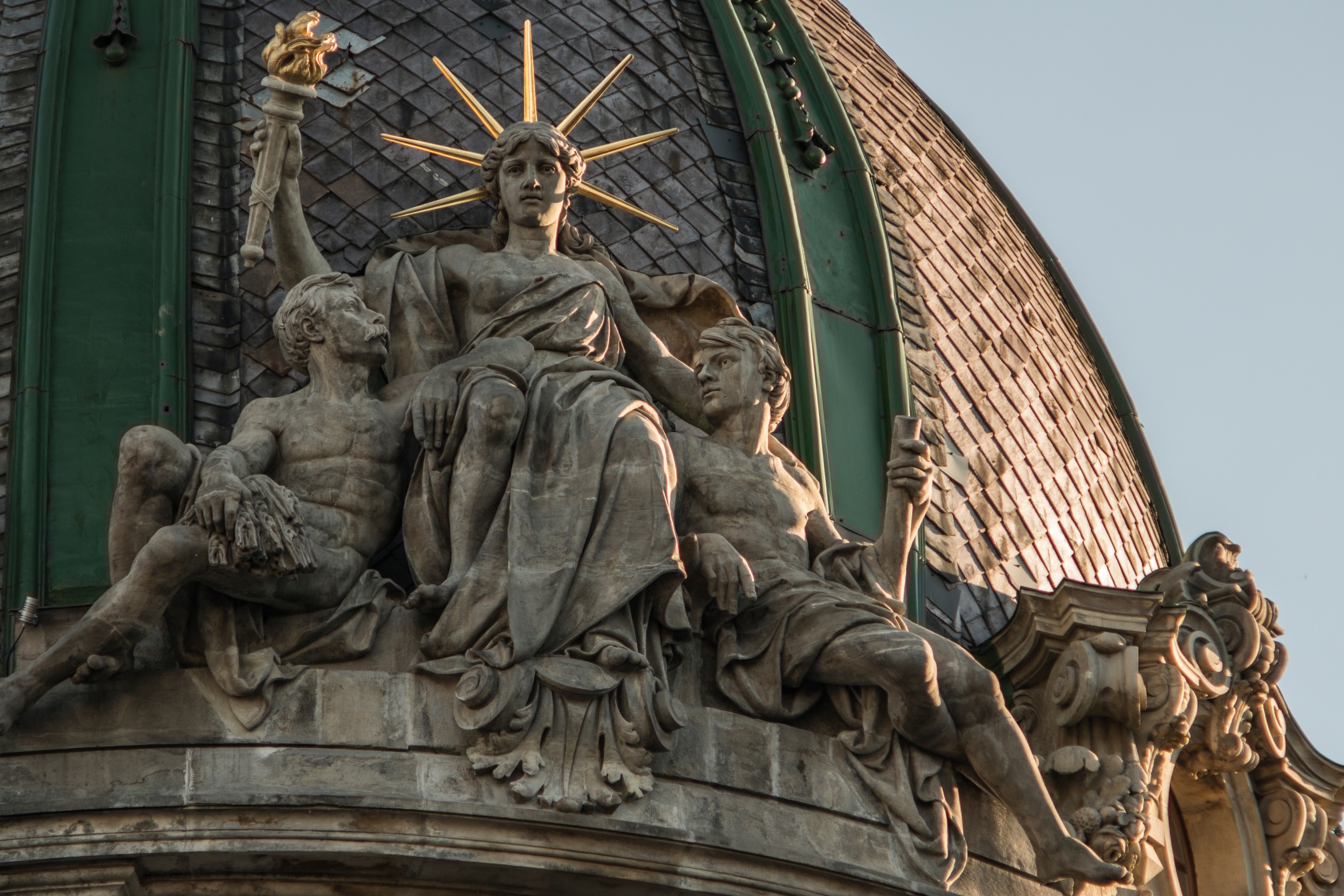 This homage to New York’s Statue of Liberty in Lviv, Ukraine has an interesting story…