This week is HOT — and here are the highlights:

In case you haven’t heard, a five-minute video sneak peek of this written Sneak Peek at the Week is posted on Sunday. It’s called the Whether Forecast, and it’s a segment in Avid Reader Alison’s nifty podcast, 2022: The Year of Love. Have it delivered to your inbox here.

Here is what that looks like, set in Washington, D.C.: 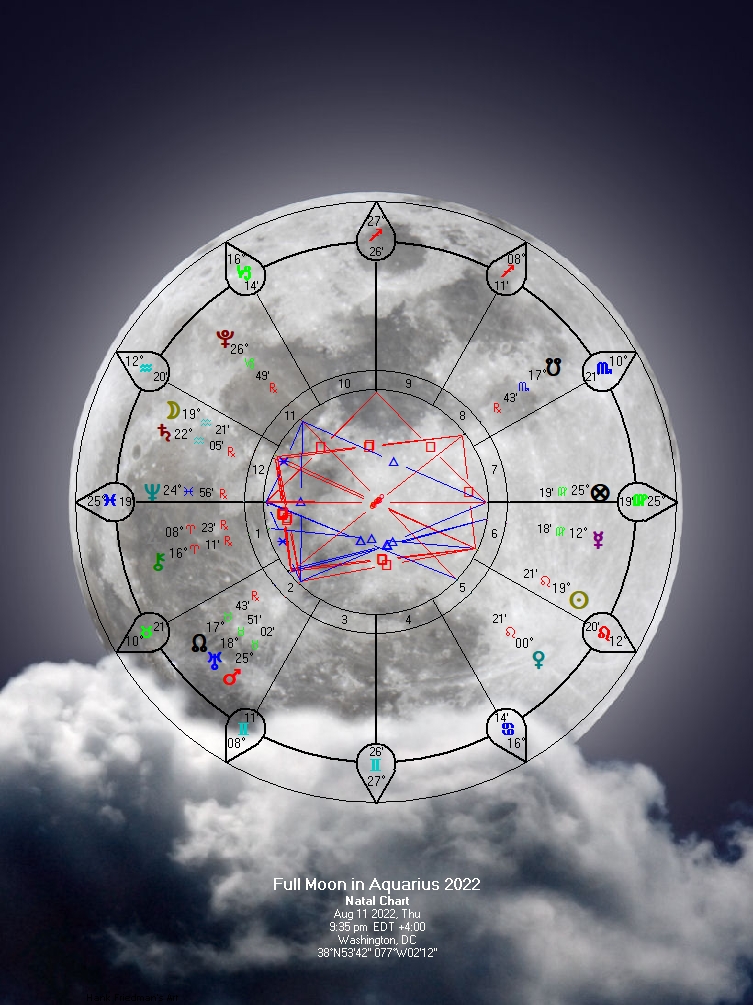 Here’s how all this stacks up in Beth Owl’s Daughter’s always-in-sync Tarot Card of the Week.  “The Razor’s Edge” are apt words for the current tug of war between Saturn (old guard) and Uranus (avant garde) as they prepare for their final square off in October!

Much of what happened last week was discussed in the recording of Episode 14 of “Off the Charts: A Stellar Newscast,” which my colleague Whitney Fishburn and I recorded this afternoon. It will be released on Friday (we drop a new episode every two weeks), and if you don’t want to miss it, sign up here to have it delivered to your emailbox.   We also talked about what we expect to happen this week, and some of it is happening right now.

Exhibit A: transiting Mars is working like clockwork as it activates the former guy’s eclipsed 24 Taurus Midheaven. Mars is at 23 Taurus today and will be exact on his 24 Taurus MC on August 10th. Transiting Mars squares his Mars on August 14th and his 29 Leo Ascendant on August 20th. Avid Readers were alerted to the potential for significant provocation at this time, such as:

Exhibit B: transiting Mars also squared Breonna Taylor’s natal Mars and opposed her natal Pluto. Her “provocation” came in the form of federal charges against the four police officers who raided her home and killed her. See? A transit involving Mars and/or Pluto doesn’t have to be “bad.” And the horoscope lives forever, doncha’ know — and here’s my article on that subject from 2016.  Heather Cox Richardson has all the details explaining why these federal charges are so important, given that Kentucky state authorities failed to hold the officers accountable.

Exhibit C: transiting Mars opposed U.S Attorney General Merrick Garland’s 21 Scorpio Sun last week and is squaring his 23 Leo Pluto today. Thanks to Exhibits A and B, we can C how transiting Mars translated into a call to action!

Exhibit D: Alex Jones, whose horoscope I’d never looked at until a few days ago, has Mercury in Pisces square Neptune in Sagittarius. That would be a wonderful placement for an actor or visionary artist, but in the hands of a serial liar and conspiracy theorist, it’s downright dangerous. Jones has Mars at 21 Taurus squaring his oh-so-grand Sun-Jupiter conjunction at 22-24 Aquarius, and transiting Saturn is putting a hard reality check on those three planets.  His Moon might be in Libra (we don’t have a birth time) and could be conjunct Uranus and square his natal Venus, which is retrograde in Capricorn. Transiting Pluto is engaged with that trio. Point is, the horoscope is hot — which is why he was in court last week, where he learned to his surprise that his own attorney had accidentally sent two years worth of phone records to the prosecuting attorney!!!!  Please let Heather Cox Richardson fill you in on even more stunning details.

Exhibit E: Hungarian PM “Viktor Orban turns Texas conference (CPAC) into far-right love-in.”  Orban has a stubbornly militant t-square among Mars, Saturn and Mercury — with all three planets activated by transiting Mars. It’s worth noting that one of his longstanding advisors — Zsuzsa Hegeddus — resigned at the end of July, “in protest at ‘a pure Nazi speech’ the Hungarian prime minister gave that was ‘worthy of Goebbels,‘” reports The Guardian.

Chuck Schumer’s horoscope is basking in the empowering potential of transiting Pluto on his Ascendant, sweetened by transiting Venus on his Descendant. Yesterday, after the Senate pulled an all-nighter, Democrats pushed and shoved their way into a 50-50 vote on the Inflation Reduction Act, and — as mentioned earlier — VP Kamala Harris — also impacted by the Venus-Pluto opposition — cast the tie-breaking vote. What’s in it for you? An extension of Affordable Care Act subsidies for the next three years, for one. A $35 dollar per month insulin cap for those on Medicare — but not for everyone else, thanks to Republicans who voted it down. This sweeping bill includes investment in combating climate change, renewable energy and raising funds through mandatory taxation of billion-dollar corporations. Read all about it here — and mourn the fact that initiatives that would have made life easier for women and families ended up on the cutting room floor.

Yes, this past week was just filled with surprises and upsets:

Is your horoscope hot right now? What do all these planetary patterns mean for you? Here’s the 411 on personal consultations. We will have a fine discussion together. 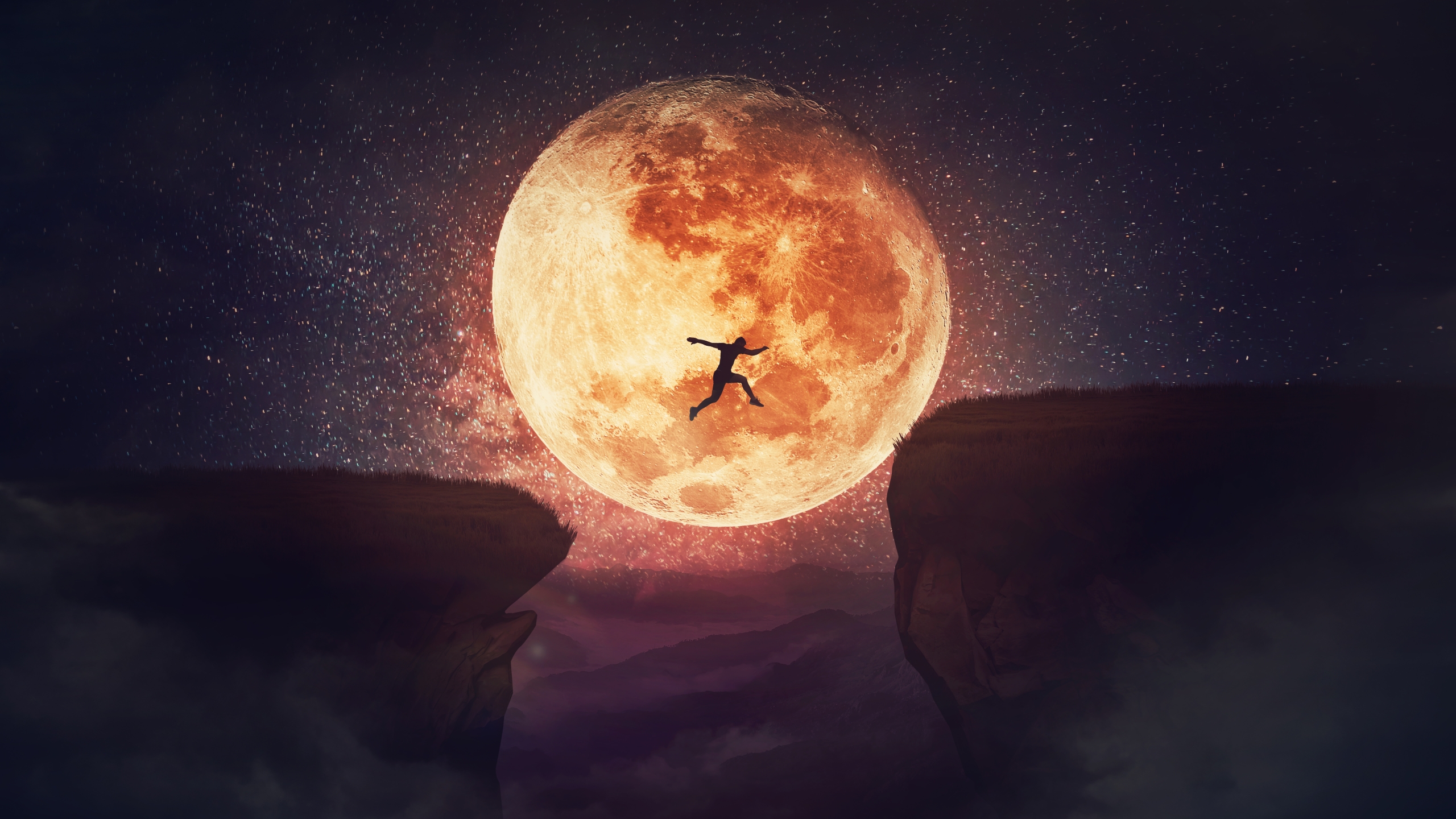