Moon entered Capricorn at 5:37 AM ET, looking to make things happen. It met up with Mars at 8:16 AM ET, adding practical fire power to your ambition. Network with creativity around 11:45 AM ET, applying the innovative potential of the Moon’s trine (harmony) with Uranus.

The big shift today happens at 11:57 PM ET when the Sun leaves Aquarius for Pisces.

Pisces is a sensitive, intuitive energy that at its best expresses compassion and loving kindness for everyone and everything, in its understanding that We Are All One.  Being such a sensitive soul is not always easy. Pisces has been known to wallow in suffering. It can go to extremes of surrender in order to escape life’s hard knocks, drowning its sorrows in the nearest rose-colored glass. Pisces is ruled by Neptune, a dreamy energy that can be challenging to integrate, but oh what sublime creative visions it can bring to life, when effectively channeled. Pisces appreciates that the individual and the collective are one and the same; that the illusion that we are separated from one another is just that: an illusion.

Pisces folk born 15-19 days into the sign should chat with Fish born a few days earlier about how spacey life may have seemed in the past two years. Lots of potential for creativity and soulful questing, though.  I’d say the same is true for  Geminis, Sagittarians and Virgos born in that range.  May be time to check in with your local astrologer…

Pausing now — to prep for today’s client consultations — but wanted to get this late Sneak Peek at the Week out ASAP.  Will add the news to this forecast in the late afternoon, so please check back for all the reflections of Mars at the Aries Point in the headlines, as well as what the heck is going on in John Bolton‘s horoscope and the rest of the Usual Suspects.

With Mercury in focus as it changed station, mercury made news, as power companies are apparently unhappy with a P45 Administration plan to rollback regulations on mercury emissions and other toxins.

With Mars at the very end of Sagittarius and the beginning of Capricorn last week, we anticipated that Mars-themed headlines would be prominent. Such themes include: cars, desire, aggressive outbursts of energy, etc. — and Mars, itself, as in “Watch Mars disappear behind the moon on Tuesday (if you’re lucky)’”  Were you lucky?

The Jupiter (benevolence) – Neptune (forgiveness) sextile might be reflected in that Boy Scouts headline — and also in the news of prominent white collar criminals such as Michael Milken and the disgraced Illinois governor Rod Blagojevich receiving clemency from an arguable peer, a.k.a. P45. And of course, P45 is working hard to interfere with the Justice Department’s case against his crony, the convicted felon Roger Stone.

You know what that kind of interfere is, astrologically? It’s another expression of the condition of Mars, which is currently “out-of-bounds” until March 2nd. Without going into the technical details, what it means for life on Spaceship Earth is that all thing Mars are likely to be literally pushing boundaries. It’s that simple.

But back to P45’s interference with Stone’s sentencing, which is scheduled for Thursday — possibly during the Moon void. Attorney General Bill Barr‘s efforts in the matter have infuriated over 2000 prosecutors and 1000 federal judges, as historian Heather Cox Richardson explains. We don’t have a birth time for Barr, who is a Gemini with Moon in regal Leo. However, we do note that his horoscope was affected by the December 26th eclipse, which will be activated by Mars on February 22nd.

Meanwhile, a Democrat in Alabama introduced a bill to require all men over 50 to have a vasectomy. Guess who found that provocative? None other than Senator Ted Cruz (R-TX), who would be feeling provoked last week because Mars was right on top of his 0 degree Capricorn Sun. Astrology is amazing.

As for John Bolton, it’s fascinating to see that he made a speech at Duke University yesterday in which he expressed concern that parts of his upcoming book might be “suppressed” by the White House. Cue the world’s smallest violin now, please…but do note that his horoscope was activated yesterday by transiting Mars (attack; action) on his Jupiter (publishing).

Gah. Enough of politics. I’ve been asked about Bloomberg, and it occurs to me that Bloomberg may be seen as the homeopathic remedy to P45, where the cure for the disease is of a similar nature. I wrote about his horoscope for the next issue of Mountain Astrologer. It’ll be published soon — and Bloomberg will be around for a while. As a former advertising writer/producer, I will say that whether or not he is the best candidate, he is definitely running the best ads. Each packs a powerful punch, and reflects the pattern in P45’s horoscope that suggests his unquenchable thirst for power and respect is likely to be harshly attacked right about now…and until the end of 2020.

In other news, this article:

I leave you with Beth Owl’s Daughter‘s most excellent Tarot Card of the Week — always in sync with planetary patterns. 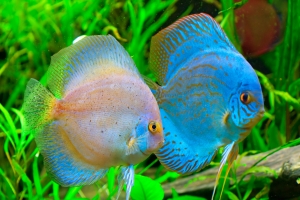