Monday is brought to you by the Moon in rip, roarin’ Leo, driven by a need for ego recognition. How will you make someone shine today? Pay them a compliment; let them know how much they are loved. A Leo Moon is a party animal with a drama queen/king complex, and at 5:46 AM ET it was squared by Mars (action/anger) in moody bastard Scorpio. If you are — or happen to live with — a person born around the 11th of November, August, February or May, that Moon-Mars pattern would reflect any morning grumpiness you experienced. Send them to the gym to work it all out.

The rest of the day flows easily, with the Moon going void on a nice flow to the Sagittarius Sun at 5:10 PM ET. Chill for the evening; stick to routine and avoid impulse holiday shopping purchases. Ooh — that reminds me — the 2020 Really Useful Mercury Retrograde Survival Guide Bookmarks are in — and they make great stocking stuffers. As Avid Reader Beth says:

I adore your Merc Rx bookmarks. I, too, keep mine in my planner AT ALL TIMES, because not only does it help prevent random cosmic banana peel moments, it also makes a fabulous straight-edge and hand-made tiny ruler, too.

Well said, Avid Reader Beth! Toss $9.99 in my Cosmic Tip Jar and send me your snail mail address. I will send you three bookmarks, accompanied by a handwritten note of thanks — and when was the last time you received one of those, hm?

Humming in the background for the next few weeks is the approaching meet-up of Saturn and Pluto in Capricorn, exact on January 12th, days after rebel Uranus turns direct on January 10th (there’s a Full Moon and lunar eclipse on the 10th, too). Oh — and Mercury will meet up with Saturn-Pluto on the 12th, followed by the Sun on January 13th.

The Saturn-Pluto meet-up happens roughly every 33 years. The last one happened in November 1982 in Libra; the one before that was in 1947. Astrologer Rick Levine has a helpful essay noting the events that happened in sync with past Saturn-Pluto conjunctions and oppositions. FYI — the last Saturn-Pluto opposition was in August 2001 — and in effect through early 2002. We all know what happened to disrupt the peace and power structure back then, yes? 9/11 — followed by a plan for a hopeless, wasteful war. Just how wasteful and hopeless that war was — and continues to be — is being reported this month in a series of op-eds and articles in the Washington Post.

Saturn represents structure, necessary controls and authority. We need Saturn in order to function on the holodeck known as Spaceship Earth. Without structure (Saturn), where would we live? Out in a field — there’d be no roof over our heads! And how would we keep track of time? Saturn represents the limits of time — another necessary control in order to play by the rules of this game called Humans Being on Earth.

Pluto represents power, decay, breakdown, resources — and extremes. Capricorn represents government structures, patriarchy, social hierarchy, corporations — the structures that support our society, outside the family structures (those are Cancer’s domain). Capricorn is the Establishment — the reigning elite — the Powers That Be. The reigning need of Capricorn is to make things happen; to get things done. It does this by setting goals, planning and executing strategy. It needs achievement. “How can we make this work?” is the Capricorn question — and the answer may be “by whatever means necessary.”

In light of this lean, mean meet-up humming in the background, it should be no surprise to hear the armchair quarterbacks opine that Boris Johnson’s  surprising upset win  in last week’s UK election happened because the conservative Tories vowed to “Get Brexit done.” Getting anything done was seen as a positive — even if it meant running thousands of misleading ads on Facebook (file under “by whatever means necessary”) — or if many will live to regret their Moon void vote in the long run.

Johnson won under two exact transits in his horoscope involving Jupiter, suggesting reward and expansion. By the end of March, however, his horoscope will be in a more streamlined position, as transiting Saturn squares his depth-seeking Scorpio Moon in the first of a series of three in 2020. Challenging indeed, but with potential daring initiative or a surprising upset in mid-summer, as a measurement between rebel Uranus and his Midheaven (reputation; career status) will be exact in August.

Meanwhile, one of his first initiatives seems to be to find a way to punish the BBC as harnessing the free press is one strategy the Powers That Be use to maintain their status quo.

Random observation: the horoscopes of the key members of the British Royals have been feeling the disruptive potential of transiting Uranus in early Taurus for the past year.  When Saturn enters early Aquarius in March, it is likely to be reflected in a restructuring and/or streamlined focus for the family. It will exactly square Her Majesty’s 0 degree Taurus Sun, Prince Charles’s 0 degree Taurus Moon and Prince William‘s 0 degree Jupiter three times next year. It will come close to Prince William’s Midheaven (public status) — but won’t make exact contact until 2021. As I am not a psychic, I do not know what will happen; I simply observe there is tension in these three horoscopes.

…though writing about the action in the UK keeps me from having to face the horror show unfolding here in the U.S. And here, I am referring to the brazen statement made to Sean Hannity by Senate Majority Leader Moscow Mitch McConnell that he will be coordinating P45’s impeachment trial with White House counsel, in flat-out violation of the oath of impartiality the Constitution requires him to take.

This isn’t the first time Moscow Mitch has flat-out violated the Constitution. One notable violation happened in 2016, when he refused to hold a confirmation hearing for Merrick Garland, President Obama’s SCOTUS nominee. No one took to the streets in protest, as they are doing in Hong Kong and other parts of the world. And the streets are not filled with protesters in Washington now — except for Sally Field and Jane Fonda, who are trying to save the whole planet. The pithy comments of outraged pundits on social media aren’t going to cut it. Success in 2020 will be had by those who are willing to set goals, plan strategy and use whatever means are available for achievement. Because planetary pile-up in Capricorn.

In Wisconsin, a judge has ordered 230,000 voters — 7% — to be purged. Silver lining: Wisconsin has same-day voter registration — and it’s not clear yet if the Wisconsin Election Commission will comply with the judge’s order.

In Kentucky, the new governor — Andy Beshear — will restore the voting rights of 140,000 nonviolent felons.

Are you registered to vote? Check your status here — especially if you live in a state that’s likely to determine the whole enchilada, thanks what SNL calls “the magic of the Electoral College” — see the linked clip below.

My point is that right this minute there is simply no 100% screamingly clear astrological signal that we will be getting ready to inaugurate a new POTUS a year from now. Even though the screws have been tightening in P45’s world in sync with patterns in his horoscope, and are likely to get even tighter in mid-January, February, July and December, as I’ve explained before. Former Wisconsin governor Scott Walker was under similar patterns when voted waged a recall effort against him. He survived.

Pete Buttigieg is under similar horoscopic pressures. He’s the butt of  one joke in the latest razor-sharp SNL cold open, but he’s doing really well in the Midwest. Comedy in general is doing really well, too — as it does in interesting times. There’s always a silver lining :) ! SNL’s last episode was one of the funniest in recent weeks — check out their YouTube channel here.

Perhaps I’ll be feeling less severe after January 12th, when the Saturn-Pluto conjunction is in the rear view mirror. After all, the people who decided the 2016 election were the people who didn’t vote. They are the people who need to be inspired to participate. Would you like to be an inspiration? Go for it.

More silver linings: some who literally attack the press are being held accountable. In Georgia, a runner who smacked a reporter’s backside — live! on the air! — has been charged with sexual battery. Thomas Callaway works in sales for a cigar company, is married with daughters and teaches Sunday school. He apologized, saying what everyone saw on the air wasn’t who he really is. OK, boomer!

Also in Georgia, the wife of a Chattooga city councilman was arrested after she spontaneously dumped a soda on top of a reporter’s head for absolutely no reason during a town council meeting — also captured on tape. That last one occurred on Friday, when Venus (women, social expression) was conjunction Pluto — as suggestion of extreme emotional outbursts.

Voters bucked the global patriarchal trend, as Sanna Marin was sworn in as Finland’s new prime minister. At 34, she is the youngest PM in the world, and she leads a coalition government of four political parties — all led by women.  Finland has been rated the happiest country on Earth for two years in a row. It is also a “capitalist’s paradise,” as this lengthy op-ed by an ex-pat Brooklynite now living in Helsinki explains. The op-ed was published on last Sunday’s fairy tale square between the Sun and Neptune.

And speaking of women in charge, the horoscope of Barack Obama was perfectly primed to put forth the virtues of that ideal over the weekend. President Obama has Venus at the Aries Point in early Cancer, currently activated by transiting Jupiter in Capricorn. So of course he would say that if all nations in the world were run by women for two years, the world would be a better place — and it’s all over the internet.  Does this mean that he might persuade Michelle to toss her hat into the ring as a last-minute entry? I would not bet on it, but if Michelle Obama became the Democratic nominee, I bet she would win.

…the emotional overkill potential of Friday’s Venus conjunct Pluto in Establishment Capricorn was arguably reflected in the Hallmark Channel’s decision to pull four ads for an online wedding planner service, because the ads included a kiss between two brides. The backlash was so severe, however, that Hallmark has since opted to reinstate the ads and offer an apology. Shades of Sunday’s harmony between Jupiter (expansion; benevolence) and Uranus (unconventional attractions)?

Remember the days before 9/11 when you could go to the airport and meet a traveler at their arrival gate — even if you didn’t have a ticket? Uranus refers to aviation, and over the weekend Seattle announced it was going to expand a program to allow those happy meetings and greetings. What a reflection of Jupiter‘s symbolic benevolence, right? Maybe…but… think about it — Jupiter is in capitalist Capricorn. Come to find out, the incentive for permitting travelers to be met at the gate by non-travelers is to increase consumption at airport shops and restaurants. Always follow the money.

In closing, the Good News Network has positively awesome stories to share, as usual. Huzzah!! They will make smile and remind you of the value of random acts of kindness and senseless beauty — after you make sure you have registered to vote.

Thank you for reading this forecast.  I couldn’t write these words for the past ten years without you. 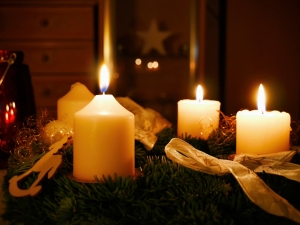