The Moon is void in Aquarius all day, seeking ways to network and be of social significance. A fast-approaching T-square among Mars, Jupiter and Neptune pushes the boundaries of faith and belief, fueled by perfecting and exacting assertion and/or aggression. Today is the 18th anniversary of  9/11 — one of those days that Changed Everything. And today I’ve received several requests from Avid Readers, asking for some words of wisdom. I’m still working on my article for Mountain Astrologer, so  I’m offering a post I wrote seven years ago, on September 12th, 2012.

Time passes…it heals wounds…and we forget. And often, we forget the connection. Separation — which is an illusion — creeps back in. It’s us against them. We racing to get here, there, everywhere. We get impatient with each other and start honking our horns again…or worse. And yes, I do have a thing against people who honk their horns and I have a byline to prove it — in the New York Times, no less.  Point is, we are still sharing the same human experience — in a Big Picture, yet profoundly simple way. Even though we may forget.

I then added a paragraph about the planetary patterns active on the day I wrote those words — you can read it  here. I closed with:

…And look…here’s a song to inspire you…so many versions to choose from. Take your pick of Odetta, the Boss or the Templet Family Band. A tough choice, for sure.OMG, here’s Brenda Lee, too.  The Odetta version opens with a passage written by Marianne Williamson that may give you chills….and…oh wow. Apparently Odetta sang this song(with the Harlem Boys Choir) on the first Letterman show after 9/11. I did not know that…until now.

On this day — driven by Moon in Aquarius — we have an apt opportunity to connect with our tribe, our group, our posse — while celebrating each individual  within the group for his or her or their unique social expression. 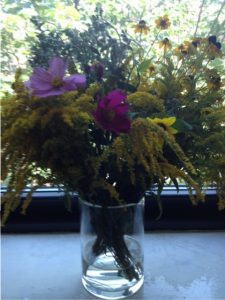