On Friday, the Moon was void in Cancer until 1:31 PM ET. After that it enters Leo for most of the weekend, looking for a reason to play, shine or otherwise take the stage. We may see a few bumps around happy hour, as the Moon is challenged by disruptive Uranus at 5:10 PM ET. Six hours later, the Moon is opposed by Mars, suggesting a potential clash or exertion of will or other outburst of energy. Meanwhile, a harmony between Venus (women, money, art, social expression) and Saturn (authority, patriarchy, ambition, control) seeks stability within the established order, exact at 2:44 AM ET on SATURDAY.

Moon goes void at 7:12 PM ET on Saturday, suggesting you are free to shop before then without worrying if your impulse purchase will live up to expectations.  Indulgence and/or grandiosity may alter your mood and hit the headlines around 10:44 AM ET, as the Moon is challenged by exuberant Jupiter. Party on loquaciously during the evening void, as the Moon and mental Mercury meet up…then sleep in and/or chill on SUNDAY. The Moon enters Virgo to tidy things up at 1:31 PM ET. Sunday evening suggests  your analysis can easily incorporate a blend of the avant garde with the “old guard.”

Classical astrologers argue that a Moon void in Taurus, Cancer, Sagittarius and Pisces is able to “somewhat perform,” suggesting that events that are initiated in these voids may have some consequences. I’m thinking about that now, as Deputy Attorney General Rod Rosenstein has announced the indictment of 12 Russian intelligence officers for allegedly hacking DNC emails — just as  P45 was about to sit down for tea with Queen Elizabeth. Happy post-Sun-Pluto opposition, suggesting we’d be hearing some serious news from underground.

And that’s as far as I got with my efforts to post a forecast on Friday.

Picking up the writing on Saturday (today)…

“Warning Lights Are Blinking Red,” says top U.S. intelligence officer re: the threat of continued Russian cyberattacks. Yes, and with Mars retrograde soon to square technogeek Uranus in early August, we are sure to hear more on that story.

Friday’s indictment noted that the accused’s first hack attempt occurred on July 27, 2016, the same day P45 infamously said,  “Russia, if you’re listening, I hope you’re able to find the 30,000 (Clinton) emails that are missing. I think you will probably be rewarded mightily by our press.”  P45 would have needed to push the boundaries of righteous opinion on that day, with transiting Jupiter (expansion) squaring his blabbermouth Sagittarius. Right. Nothing to look at here.

It’s a bewildering time for FBI agent Peter Strzok, suggested by patterns in his horoscope. He has transiting Neptune sitting right on top of his Pisces Sun. Birth date: March 7, 1970– no time or place available. On Thursday,  Mr. Strzok spent ten hours answering questions from members of Congress, some of whom accused him of having a personal bias against P45 that had somehow corrupted his investigation of Russian meddling in the 2016 election. Here is Stephen Colbert’s recap of those grueling ten hours, and thank goodness for comedy as a coping strategy in these interesting times.

Ten hours is a long time to be in the hot seat, and fortunately for Agent Strzok, he was born with Mars and Saturn conjunct in Taurus, opposed by Jupiter in Scorpio. A Mars-Saturn conjunction has exceptional potential for hard-nosed discipline, and in Taurus — which needs stability and security — it suggests endurance. Lucille Ball — one of the most enduring Hollywood icons, has a Mars-Saturn conjunction in Taurus squaring her Leo Sun. Mitch McConnell also has a Mars-Saturn conjunction in Taurus, with innovative/rebellious potential courtesy of rebel Uranus joining that meet-up. He’s been in Congress since forever. His natal Venus-Pluto opposition will continued to be activated by transiting Mars into early fall. This potential for emotional overkill will also be triggered by the lunar eclipse on July 27th.

Fun fact: two of Strzok’s most dramatic accusers — Trey Gowdy (R-SC) and Louis Gohmert (R-TX) are late-degree drama king Leos, with their Suns conjunct P45’s Leo Mars and Ascendant. Gowdy is not running for re-election this year (perhaps reflecting the eclipse of his 29 Leo Sun last August and this February), but we can see how his regal Leo essence could border on bombast, given a square between his Leo Sun and Jupiter at the fixed star Algol (which might also involve his Aquarius Moon). We don’t have a birth time for Gowdy, but next year he is likely to  be feeling streamlined when transiting Saturn opposes his Venus (social expression) and Mars (assertion).  Gohmert’s Leo Sun is in touch with expansive Jupiter. It’s also conjunct Pluto, adding no small need for power and potential ruthlessness. Gohmert’s horoscope will be challenged late next year by transiting Pluto to his natal Saturn, Neptune and Uranus. This suggests a disruption of his personal status quo in the face of potential loss. We shall see.

Next week, with no exact aspects among the planets, except from the Moon, I was expecting a story about a big chunk of ice. This one showed up on today’s stabilizing Venus-Saturn trine. The iceberg is currently stuck, but still poses a threat to a small town in Greenland. Check out the photo.

Elsewhere,  one of my favorite stories reflecting the optimistic focus suggested by Jupiter turning direct on the 10th, the day this story hit the wires:

Meanwhile, if you happen to be in the New York City area — or better yet, Long Island —  at 7 PM on Monday, July 16th, I will be presenting a talk, “The Astrology of Summer 2018: Mars/Mercury Retrogrades, Eclipses and What It All Means for You.” It will be a small group, and we will use horoscopes of attendees as examples. Send me an email and I will send you the details.

To schedule a personal consultation or order a report, here’s the 411. 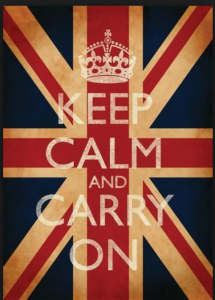