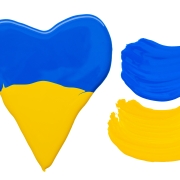 It’s the last week with the Sun in Pisces – – which means it’s the last week of the astrological year.  We’re still processing the dreamy/flowy fallout of the weekend’s Sun-Neptune conjunction in Pisces. If the first few days of this work week feel a bit wiggy, perhaps you were more personally affected. Significant planetary patterns this week are:

Here are the details: 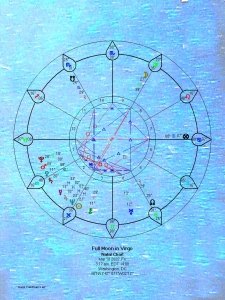 Sometimes you have to go broke before you understand what richness is all about.

Sometimes a poor business strategy must completely collapse… whither away in a winter of discontent… before a well-grounded sense of meaningful commerce can arise.

Sometimes, you just have to save your head in order to let your hair grow back in naturally

UPDATE: on the Royal Family. We anticipated news involving themes of being provoked or being exceptionally assertive, as March 6th’s Venus-Mars conjunction at 0 Aquarius activated a number of their horoscopes. How about “Reported Comment by Prince William About Ukraine Creates Temporary Crisis for Royal Family.” Astrology is amazing.

The weekend’s magical, musical, compassionate Sun-Neptune conjunction was everywhere. The NYT Magazine presented its annual music issue. Meanwhile, a video of “Peace Train” performed by Yusuf/Cat Stevens and musicians from all around the globe made the rounds on social media. “Peace Train” is a song from my childhood.

It’s now Tuesday morning — I couldn’t finish the news last night. Reflecting the 6:55 AM ET opposition of the Leo Moon (kings and queens) to Saturn (mortality), I awoke to find journalist Greg Olear’s latest creation in my inbox. It’s called “The King Must Die: a Play in Five Acts,” and it incorporates the fairytale quality of the Sun-Neptune conjunction into an easily-digestible account of the story of Russia/Putin’s quest to reclaim Ukraine, starting in 2014. Isn’t it interesting how the title alone in Olear’s essay reflect current planetary patterns? Also in my inbox: astrologer Bill Herbst’s weekly essay. It’s called “Topsy-Turvy,” an apt title for the influence of bewildering Neptune with Jupiter-Sun in Pisces. I’ve been reading Herbst’s musings for over a decade, and it was his work that introduced me to mundane astrology, i.e., how planetary cycles are reflected in global development. Herbt is more of a pessimist than other authors I follow but he’s accurate in his observations.

Historian Heather Cox Richardson is an optimist, perhaps because she is someone who clearly sees repeating patterns in U.S. history and thus can appreciate that we have been here before — and survived. Her post from March 12th outlines a few significant turning points.  Another optimist was brought to my attention over the weekend under Neptune’s wiggy spell. If you are intrigued by channeled information, you’ll appreciate astrologer Pam Gregory’s interview with Zac/Zacharia, “who is also an aspect of the Ascended Master Dwjal Khul, channelled through Janet Treloar.” I found Zac’s view that the horoscope is embodied in the heart quite fascinating — and apt for today’s Leo Moon!

Meanwhile, yesterday’s Moon-Uranus square and its potential for rebellion and shock was aptly embodied by Marina Ovsyannikova, an editor at Russia’s Channel One, who rushed onto the set of a live newscast, holding a sign that said “NO WAR. Don’t believe the propaganda. They’re lying to you here.” She has reportedly been “detained,” but a video she recorded before mesmerizing the world with her courage is also making news.

Today’s Leo Moon is an apt time to share Avid Reader Jen’s musings on Leo’s potential, inspired by her nephew, Rex. Though he left this world a few years ago (far too soon), his noble heart still beats — literally.

Back to the influence of Sun-Jupiter-Neptune in Pisces, which we would expect would give a boost to intangible arts and pixie-dusted glamor. Its award season in the film and television industry, and ratings for the award shows are up, up, up. The Oscars are just around the corner, and on the latest SNL, fictional film critic Terry Fink offered his convoluted Oscar predictions. They’re convoluted, of course, because Neptune, which no doubt inspired another wonderfully surreal sketch about a cat’s mysterious whereabouts.

That’s the news for now. Later today Whitney Fishburn and I will record another episode in our “Off the Charts” podcast — and we’ll be talking more about Neptune’s reflection in current and upcoming headlines. It’ll be released later this week, so stay tuned. If you’ve listened to our earlier episodes, and have comments to share, please post them on iTunes.

Ukraine still stands. May the courage of her people rally the rest of the world to finally get serious about creating a truly humanitarian Aquarian Age.

Here’s the 411 on personal consultations. Here’s the link to the Cosmic Tip Jar, where support for this work is always appreciated, especially from astrology students and professionals.

Thank you for reading this forecast. Glory to Ukraine. 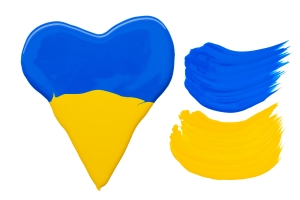