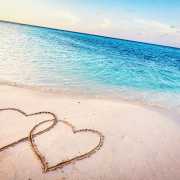 It’s Sunday as I type, and there’s a big game on and while I’m not watching, I’m rooting for the Rams — obviously — because what Aries and former L.A. girl wouldn’t? That, and Heaven Can Wait. Such a great film.

We are off to a busy week — with more to come next week and the week after that, as cycles that started at the end of last year are triggered. I’ll do my best to help you stay on top of it. This week we have five notable patterns: 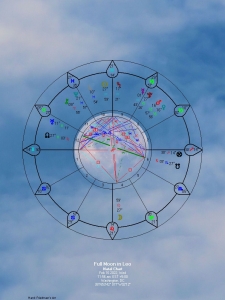 A pause, while we pay proper homage to the sign that has been called “the dustbin of the zodiac.”

Pisces folk born 22-25 days into the sign should chat with Fish born a few days earlier about how spacey life seemed in the past two years, as transiting Neptune met up with their Sun. Lots of potential for creativity and soulful questing, though.  This year may be especially expansive for all Pisces, given that Jupiter will be in Pisces for much of 2022. I’d say the same is true for Geminis, Sagittarians and Virgos born in that range.  May be time to check in with your local astrologer…

Famous Pisces include Kurt Cobain, Elizabeth Taylor, George Harrison and Mr. Rogers. All sensitive, soulful and sublime, in their own magical way.

If you find these forecasts helpful — especially if you are an astrology student or professional — support for this work may be made via the Cosmic Tip Jar, with gratitude. To schedule a personal consultation, here’s the 411.

The big patterns from last week involved Mars in make-it-happen Capricorn, coming off a cooperative connection with Jupiter in no-boundaries Pisces, and moving into a trine with rebel technogeek Uranus.

Mars refers to motor vehicles — and this was one of the good stories:

Another Mars/motor vehicle story began developing during the Mercury retrograde — always apt for a strike. And this would be the truckers in Canada who occupied Ottawa and blocked roads and bridges as a stated protest against vaccine mandates for truckers hauling cargo back and forth across the U.S.-Canadian border. This “brazen occupation of Ottawa”  — reports The Guardian — “came as a result of unprecedented coordination between various anti-vaccine and anti-government organizations and activists, and has been seized on by similar groups around the world.” The “unprecedented coordination” aptly reflects the rare cooperative alignments and intense focus of power and resources in recent planetary patterns. I would not be surprised to see a repeat of this effort to disrupt civil and functional societies happening again this year, given upcoming patterns — and the encouragement of certain seditious persons.  Oh – and here we are — a story about efforts to launch such a disruption in the U.S. in the Monday morning news.

Not about cars — but about loosening restrictions on protests against another kind of moving violation: a bipartisan bill was passed in the Senate that will allow victims of sexual misconduct to make their cases in court — instead of being forced into private arbitration.

We had the last of three conjunctions of Mercury and Pluto in Capricorn. Translation: extremes in thought and communication; persuasive arguments. You will recall we expected a banner week for investigative reporters, as in:

Reflecting the series of Venus-Pluto conjunctions in Capricorn, suggesting transformation of values involving power and money:

Reflecting the gravitas of last week’s Sun-Saturn conjunction in Aquarius, which suggested an ending of one cycle and the planting of seeds for what’s next — especially in matters of heads of state and business:

Finally…there’s been a ton of action and anxiety in foreign affairs, as the world grapples with the perceived serious threat of a Russian invasion of Ukraine. The U.S. and other nations have advised their citizens in Ukraine to leave, and U.S. intelligence has even reportedly speculated that Russia might launch an attack on Wednesday. That would be an extreme happening, driven by one man’s apparently insatiable need for love, honor and respect, wouldn’t it? It’s challenging to contemplate the mindset of a person with the will and actual power to send tens of thousands of armed other persons to the border of a neighboring country. It’s even more challenging to contemplate the mindset of that same person who would then order an army to invade that country, knowing that another who-knows-how-many people will be harmed — and likely killed. Such a person must surely be insane — and I might wonder about those armed persons who opted to enable them.

We do not have a confirmed birth time for Vladimir Putin, so observations are limited. If what is posted online is correct, we can see how he would need to focus on shoring up the foundation — of his home/homeland in 2022, He’s been set up for significant disruption and change in 2023. We do have birth data for Ukraine’s President Zelensky, and we note that his executive authority is scheduled to be accelerated (either forward or backward) in 2022. Over the weekend, while President Biden was on the phone with Putin outlining what would happen if Russia invaded, transiting Mars and Venus were sitting right on top of Zelensky’s natal Mercury at 14 Capricorn, no doubt stimulating ideas and communication. Today, Mercury enters Aquarius and opposes his regal Mars; Venus and Mars will follow suit March 6th. On Wednesday, Mars and Venus will square Zelensky’s Pluto — potentially provocative and forceful. Zelensky’s Saturn is 28 Leo — impacted by the action around this week’s Full Moon. Meanwhile, transiting Saturn will oppose Zelensky’s Moon on February 19, suggesting a potentially sobering and heavy experience. In mid-March, Saturn will be at the top of his horoscope — usually a career peak — and a time when one’s authority is clearly recognized.  That will continue into early 2023.

There’s a lot going on next week in the U.S. horoscope that is a likely to play out in world affairs, as 1) the U.S. experiences the first hit of its Pluto return and 2) the December 2021 solar eclipse is activated by Jupiter. That eclipse fell on the Ascendant of one of the most-referenced horoscopes for the birth of the United States.

Today, however, is today — and it is Valentines’ Day — driven by the Moon in Leo! Go out there and spread some love around. 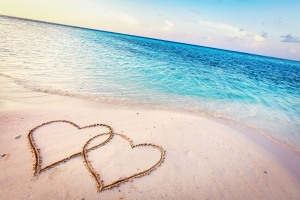