It’s a holiday weekend in the U.S. — huzzah! Moon is in Taurus,  facilitating efforts to preserve the status quo and build material comfort & security. Venus entered Leo early this morning, seeking drama & showmanship in social expression. Thus it was a fine day for sensual delights: good food, wine, music and a snuggle with your sweetie. Acting in alignment with such planetary patterns, I indulged myself at the local farmers’ market — and brought home some flowers, too. You?

With one exception, planetary patterns are sooooooo much more chill this week. The pressure has backed off the three big planets in Capricorn (Jupiter, Saturn and Pluto) until the Autumnal Equinox. Yes, warrior Mars is in focus this week, but without provocation from other planets until the end of September. Take your vitamins and build your stamina in preparation for October, when the titans clash again.

Here’s how this week goes:

We experience Mars retrogrades “every two years or so,” according to an official NASA site — which also offers a nifty animation explaining why planets seem to be move backwards in the sky from our point of view — even though they really don’t.

Mars is the planet of desire, action, anger and assertion. Moving backwards is not comfortable for Mars! Thus, many people find themselves more irritated, impatient and frustrated than usual. Why aren’t things moving forward fast enough? It feels like a truck spinning its wheels in the mud. Frustration built up can lead to an urge to jump into action — rashly. Resist this urge!

A more appropriate use of Mars retrograde is to treat it as an opportunity to plan strategy. Think of a coach calling a time out on the playing field. Mars retrograde is a good time to huddle — to turn inward — and reflect upon or talk about a strategy for…oh…in this case…launching new crusades and self-determination —  suggested by Mars being in retrograde in ARIES.

The last time Mars was retrograde in Aries was in 1988, from late August through late October. Was it mere coincidence that I found myself last night watching Dangerous Liaisons (tagline: “Love. Seduction. Revenge. The game as you’ve never seen it played before.”), produced and released in 1988? Other than being a timeless story with gorgeous costumes and production design, brilliant acting, writing and directing, Dangerous Liaisons is a cautionary tale for a common Mars retrograde pitfall: acting on reckless desire. Why do people so such things? The last line in the trailer for the film nails it: “Immaturity.”

Notice that the operative word here is caution.  Sometimes life has other plans.

What does it suggest if you were born with Mars retrograde? Book an appointment and we’ll talk about it. Or if you’d just like a few insights on how this Mars retrograde is likely to activate your unique horoscope over the next few months, toss $44 into my Cosmic Tip Jar as a Joyful Random Expression of Appreciation and email me your birth data (if I don’t already have it), using this contact form. 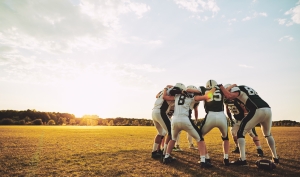 Gratitude to Avid Reader Andre who wanted to make sure I didn’t forget to share this cool story reflecting the Sabian Symbol for the First Quarter Moon —  “two men playing chess.” Behold! Here is a story of “unprecedented circumstances” in a recent chess Olympiad. The usual rules didn’t apply — true to potential of that Sabian Symbol!

When a planet is about to change direction, it slows to a virtual standstill. The effect is like a driver leaning on the horn of her car: a blaring focus — on whatever the planet represents. That’s how I interpret what happened on a lake in Austin, Texas on Saturday. Five boats in a big boat parade were swamped — and sank — in perfectly fine weather. How could this happen? With a me-me-me-first Aries Moon, amplified by a square to power-driven Pluto AND a meet-up with horn-blowing, stationary retrograde Mars, that’s how!

The Sun refers to the heart. Add in last week’s harmony among Mercury (news), Saturn (death) and Pluto (the macabre; underground) and squirm over: “Heart of Belgian city mayor found entombed in city fountain.”

Elsewhere, Venus was stressed all week by a face-off with lean, mean Saturn and Pluto — followed by a contentious square to Mars. Venus refers to women, nurturing, money, art and social expression:

Mars refers to iron and diamonds. With Mars slowing to a standstill, how interesting that Avid Reader Diane would send me these two stories today:

Mars refers to the military. Venus refers to social expression/values. Mercury at the Aries Point suggests prominence given to letters and words. Headlines going into the weekend included:

OK, fine — but this is an astrology blog, so how does what’s going in P45’s horoscope relate to what’s going on in his life?  When we look ahead, we can be prepared, right? And what we see is transiting Jupiter (expansion, braggadocio, luck) in a tense square to his natal Jupiter for the past few weeks — and will be there for the rest of the month. He will have two exact hits on the 7th and the 18th. We see how boundaries are likely to be pushed, and in his horoscope, Jupiter refers to ego-recognition and self-expression. OK, fine.

Countering the expansive potential suggested by Jupiter is the second of three exact oppositions to his natal Venus from transiting Saturn. We anticipate a karmic reckoning related to his values, social expression, siblings, professional status and reputation. That aspect was exact today — September 6th. And here’s how astrology never fails to amaze. Michael Cohen’s tell-all book is due on September 8th — after the exact Saturn-Venus opposition. But newspapers got their hands on it last night — and wrote about it TODAY.   Meanwhile, Doonesbury cartoonist Garry Trudeau found a creative way to hold P45 accountable —  in today’s strip!  Timing is everything in astrology. Right? The third Saturn – Venus opposition happens on October 21st, so when The Atlantic’s editor-in-chief says there will be more to report on P45 in the coming days and weeks, I believe him.

The Atlantic has an interesting history. It’s no surprise to see it making waves now, looking at the planetary patterns of November 1, 1857 in Boston. That’s when it published its first issue. Currently its Scorpio Sun is being super-charged by transiting Uranus — a break-out and/or a shake-up. It has an exact square between Mercury and Saturn, suggesting a heavy factual mindset. This square is being activated in 2020 by Mars, Jupiter and Saturn, with Mars being the trigger right now. Opposing The Atlantic’s Scorpio Sun are three planets in Taurus: Moon, Pluto and Jupiter. We see the potential for The Atlantic to attract tremendous power and resources in its quest to present information that is The Way Things Should Be. The Atlantic‘s current majority shareholder certainly has power and resources: Laurene Powell Jobs is a billionaire philanthropist. She’s a Scorpio, too.

Closing with a fun sneak peeks at stories we’ll see more of this week, reflecting the Sun’s trine to Jupiter (BIG!) and opposition to Neptune (oceans):

Who remembers Tahlequah — the grieving killer whale? She made headlines in the summer of 2018, right around the second of three trines between Jupiter in Scorpio and Neptune in Pisces. She had given birth to a calf that died — and Tahlequah would not let her baby go — for 17 days — absolutely heartbreaking. Two years later, as we are approaching the second sextile between Jupiter and Neptune (exact October 12th), how wonderful it is to learn that Tahlequah has been spotted off the coast of Washington —  with a new calf! Fingers crossed that “J57” continues to thrive. Maybe J57 will get a proper name around October 12th. I hope so.

Thank you for reading this forecast — and sharing it with your friends. Special thanks to Avid Reader Alison who responded to my last post with a rousing “Yes! I do wait with bated breath for your weekly missives! Another great one!”  And then Alison headed over to the Cosmic Tip Jar to become a Faithful Monthly Subscriber. Wheeeee! 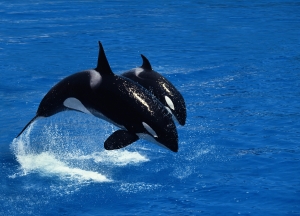