For those who receive alerts when the latest video Whether Gal forecast for the week is posted, you know that today’s planetary patterns aptly supported the event much of the world watched this morning, i.e., the funeral of Her Majesty Queen Elizabeth II.

Here are the planetary highlights for this week:

A pause, while we discuss the beginning of this new season…a perfect balance between day and night.

The first days of Spring, Summer, Fall and Winter correspond with the first day (or first degree) of Aries, Cancer, Libra and Capricorn, respectively (there are thirty degrees in each sign of the zodiac). Got that? Good.

Equinoxes and solstices are also prominent. We make a fuss over them, right? In Japan, the first day of each season is actually a national holiday. How cool is that? Thus, in a horoscope, a planet or angle at the Aries Point needs to be prominent. Off the top of my head, Prince William and William Shatner were born with the Sun at the Aries Point. They’re pretty prominent in everything they do, don’t you think?

Libra is a airy, mental sign, generally concerned with relationships, social graces and with promoting fairness, justice and balance. Its ruling planet is Venus, which can be oh-so-sweet and socially gracious. Libra’s mantra is : I BALANCE. This does not mean Libras are balanced; it means they generally are seeking balance and are quite capable of swinging back and forth wildly as they search for it.

As sweet as Libra can be, they are not marshmallows. The term “iron fist in a velvet glove” often applies. Jimmy Carter is a Libra and he won a Nobel Peace Prize. So was Margaret Thatcher, who was known as Britain’s “Iron Lady.”

Here is the chart for the Autumnal Equinox, set in Washingon, D.C.: 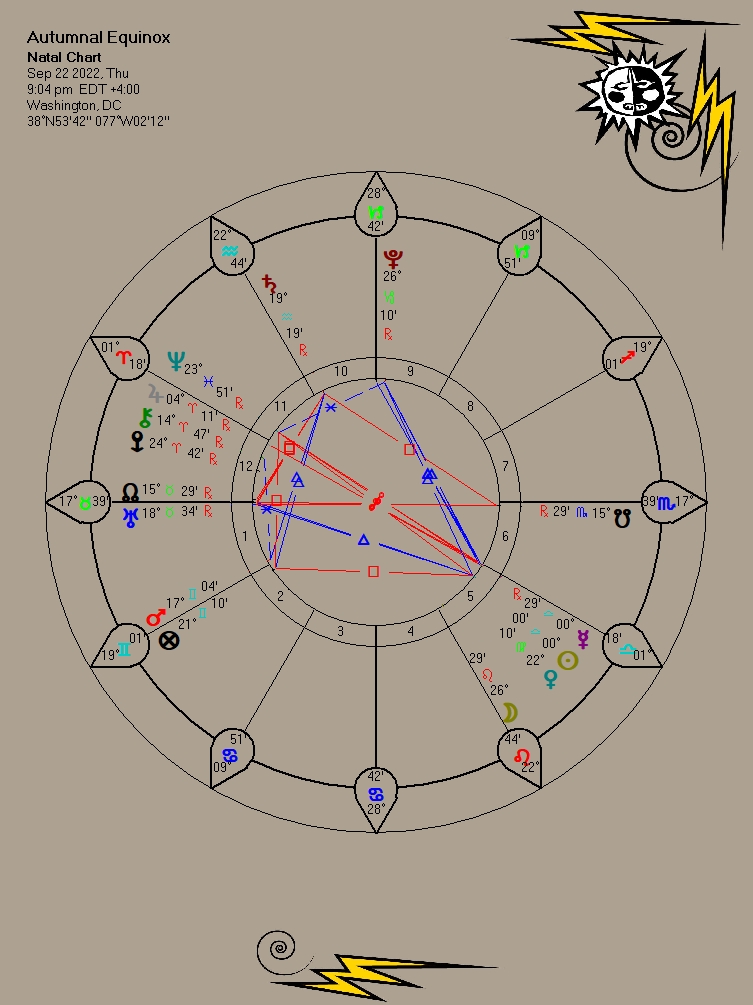 Mercury retrograde is a fine time for  REview of the past — and perhaps a REvision, too. Is that why so many Republican candidates are “walking back” extreme pro-life stances?   Because they are. Other extreme stances being walked back include this stunning reversal by Don Bolduc, who won his race to become the Republican challenger for Democrat Maggie Hassan’s U.S. Senate seat. Here is Bolduc on the Fox “News,” (at 3:03 into this interview), blithely confessing that he’s um…er…umm…come to the conclusion…ermmm…. that the 2020 election “wasn’t stolen” (after insisting up until a few weeks ago that it was), and that Joe Biden is the “legitimate president” of the United States.  I say Fox “News,” because the headline for this video on the Fox “News” site is “Bolduc shares ‘bottom-up’ campaign approach, slams Dems’ failures: ‘Enough is enough’” — instead of something like “OMG Pigs Have Flown: Election Denier Bolduc Reverses Course; Now Says 2020 Election Wasn’t Stolen.” Right? THAT would be actual news!

And we all have our work cut out for us over the next couple of months, discerning fact from fiction.

As for a Mercury retrograde REview of the past, once again, Stephen Colbert delivers, in a segment called (aptly in the spirit of one potential of the Sun-Neptune opposition), “We Predicted Every Insane, Criminal Step Down Nutball Treason Highway To January 6th”
Oy! These times are so polarizing. On the one hand…and on the other hand…big time. Just like the second opposition of Mercury in Libra and Jupiter in me-me-me Aries might reflect. That happened on Sunday, along with the Sun-Pluto trine. Here’s Dr. Leanna Wen agreeing with President Biden that the pandemic is over...and here’s the entire WaPo editorial board saying it’s not. Whom to believe?
Finally…
The trine between Venus (who, what and how we need to love) and Uranus (quirky) was exact just minutes ago, and in that spirit I’ll close with this:

The spider is a remarkable figure of feminine energy and creativity in the spirit animal kingdom. Spiders are characterized by the skilled weaving of intricate webs and patience in awaiting their prey. By affinity with the spider spirit animal, you may have qualities of high receptivity and creativity. Having the spider as a power animal or totem helps you tune into life’s ebbs and flows and ingeniously weave every step of your destiny.

Whitney Fishburn & I will be back with a fresh episode of this Friday. 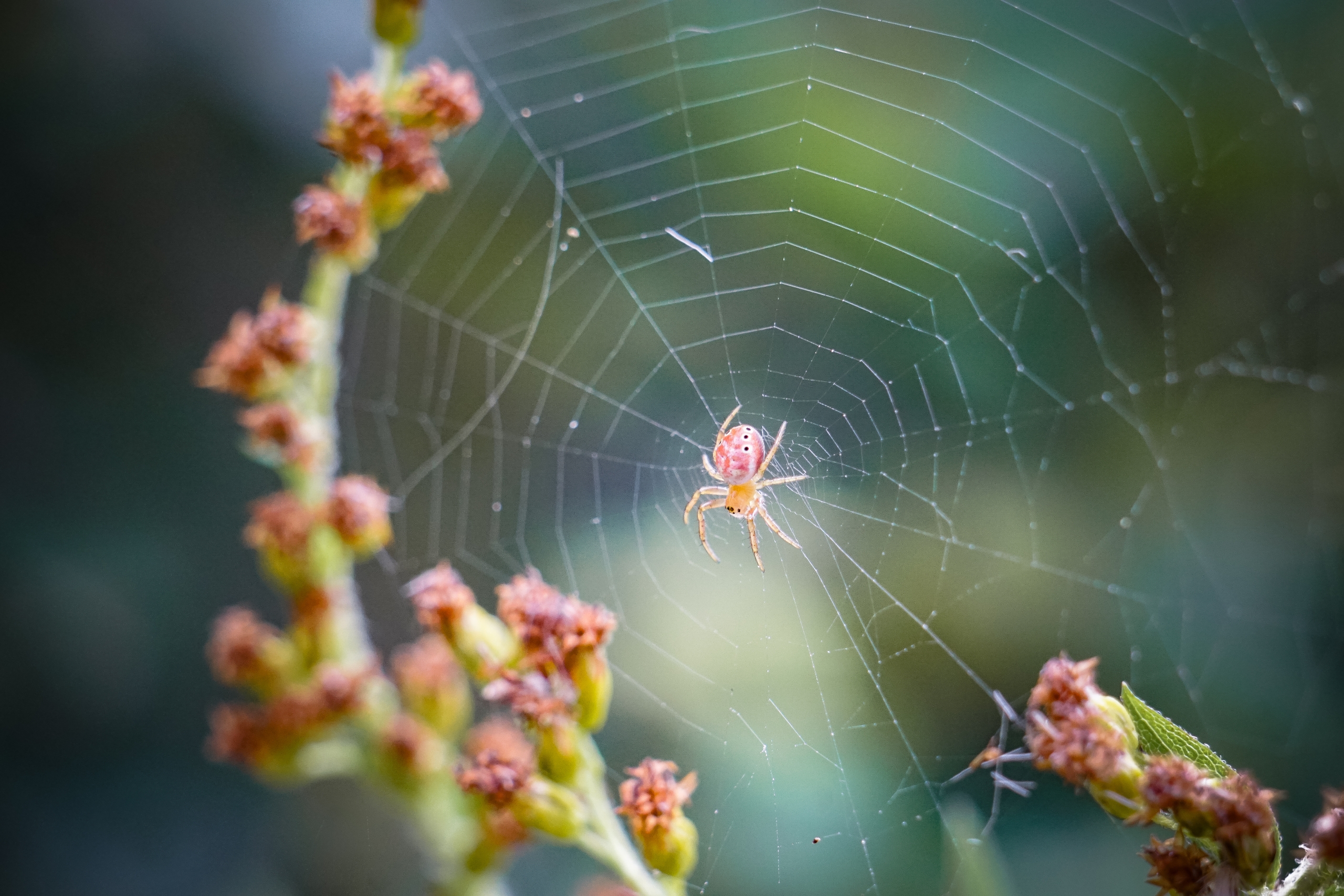