The work week begins under a Full Moon in Aquarius, exact at 2:11 PM ET. This Full Moon is also a partial eclipse, and if you have a planet or point close to 15 degrees of Aquarius, Leo, Scorpio or Taurus, you are more personally affected by the potential of this celestial event to release what no longer serves. My cat has marked the occasion by hurling the contents of an upset stomach multiple times this morning, no doubt reacting to the challenging opposition between Mars (action; inflammation) and the Moon (emotions; stomach), exact at 6:41 AM ET (my sense is that she will be feeling much better this afternoon). How feisty was your morning?

Aspects to the humanitarian Aquarius Moon are relatively free and easy after the Full Moon, offering an opportunity for a smooth processing of whatever illumination materializes. Moon goes void on TUESDAY at 3:07 PM ET, entering Pisces at 5:56 PM ET. Optimism, idealism and a cooperative spirit needs to flow through Thursday, courtesy of two harmonious aspects. First is a sextile between a high-functioning Mercury in Virgo and Venus in Cancer at 5:03 AM ET. The second is a sextile between the Leo Sun and Jupiter in Libra. Data, analysis, food, women, law and leadership are keywords to look for in the headlines. What could rain on this parade? A challenging square between the Moon and Saturn at 9:38 AM ET suggests a potential block or ambitious authoritarian advance. Note that the Pisces Moon immediately goes void until 1:22 AM ET on FRIDAY.

Go with the flow of Thursday’s Moon void and roll with twists that may crop up in your efforts to move forward in a straight line. The dreamy, sensitive energy of the Pisces Moon  shifts noticeably when the Moon enters me-me-me Aries on Friday. With no aspects to the Moon from any other planet on Friday, the pioneering, impulsive drive of Aries may be rather subdued, especially under the influence of a trine (harmony) between Venus (women, arts, love, money) and Neptune (dreamy) on SATURDAY at 1:18 AM ET.  That doesn’t mean there’s not a lot of ambitious action in the works, given the trine (harmony) between the regal Leo Sun (leaders) and Saturn (authority, structure, control) in opinionated Sagittarius, exact SUNDAY at 5:06PM ET.

Perhaps we’ll get a hint of that ambitious action or consolidation of power on Saturday, when the Aries Moon connects with seven other planets over 27 hours, including Pluto and Uranus. Intense action that may involve power plays and other disruptions of the status quo are likely. With Mercury turning retrograde on Saturday at 9:01 PM ET, a review of whatever is announced that day will likely be in order. Have you backed up your computers yet? DO IT NOW. Meanwhile, here’s a link to a prior post about how to handle Mercury retrograde.

Saturn is also heavily active in the horoscope of Venezuela.  “Born” on July 5, 1811, its Cancer Sun — like the Cancer Sun of the U.S. — was supercharged by the never-ending Uranus-Pluto square starting in 2014. What was happening back then? Some nine months after the death of Hugo Chavez in March of 2013,   “a wave of anti-government protests.” Now, Venezuela is still in turmoil. Matters of authoritarian control and limited resources have been making news all year, and it is no surprise to note that Venezuela is having a Saturn return — i.e., a sense of urgency with respect to establishing a new paradigm, with old patterns thrown out in this new lease on life. Add Venezuela to all of the other countries and humans whose horoscopes have planets or points at 21 degrees Sagittarius.

In 2016, four other planets in Venezuela’s horoscope began feeling the squeeze transiting Saturn suggests, reflected in past and current headlines. Elsewhere in the horoscope,  Venezuela’s 25 degree Leo Midheaven (public status) will be hit by the August 21st eclipse. Then on August 25th, Saturn will turn direct at 21 Sagittarius,  just as transiting Mars 1) reaches the top of Venezuela’s Midheaven AND 2) squares (challenges) its Scorpio Mars and its Scorpio Ascendant. I would not be surprised to see an exceptionally strong assertion of control and/or clash within days of August 25th.

Meanwhile, in the horoscope of the United States, a reeallyyy slow-moving Saturn is putting pressure on the U.S. Mars (action, guns, anger) and Neptune (drugs, surreal). Is that why a California police officer stopped a woman for speeding and then pointed a gun at  her passenger for nine minutes (caught on tape)?

Finally, I’m sharing this CNN piece — not because of the headline (“Why You Say Yes, Even When You Don’t Want To”), but because the article included this surprising (and rare) illustration: 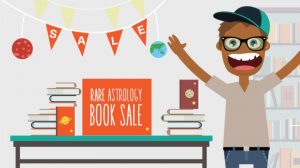 Truly something you don’t see every day.

P.S.: the cat has fully recovered and returned to her regularly scheduled daily activity. She is currently snoozing on a file cabinet, no doubt fearlessly guarding the client horoscopes contained therein.